More than seven years after Raif Badawi was thrown in prison, lawyers and allies of the Saudi blogger are increasingly lobbying foreign governments in an effort to secure his release as Saudi Arabia prepares to host next year’s Group of 20 meeting.

Irwin Cotler, a human-rights lawyer and former federal justice minister who represents the family internationally, says advocates for Mr. Badawi have recently been meeting with foreign governments, UN representatives and others to encourage them to call for the release of Mr. Badawi, his sister Samar, their former lawyer Waleed Abulkhair and other imprisoned human-rights defenders.

Mr. Cotler sat down with The Canadian Press to discuss the intensifying effort to free Mr. Badawi, 35, who was arrested on June 17, 2012, and was later sentenced to 1,000 lashes and 10 years in jail for his online criticism of Saudi clerics.

Mr. Cotler said it is urgent “to both internationalize and intensify our advocacy” as Saudi Arabia chairs the G20 ahead of the meeting in Riyadh in November, 2020.

The four dissidents, Mr. Pence said, “have stood in defence of religious liberty and the exercise of their faith despite unimaginable pressure, and the American people stand with them.”

Mr. Pence’s statement followed one by European Parliament Vice-President Heidi Hautala in June, which describes Mr. Badawi’s sentence as “unjust, disproportionate and arbitrary” and urged the Saudi government to free him. The European Union awarded Mr. Badawi the Sakharov prize, its top human-rights award, in 2015.

Mr. Cotler sees significant progress in the year since Canadian Foreign Affairs Minister Chrystia Freeland’s tweet calling for the release of Raif and Samar Badawi sparked a diplomatic spat with Saudi Arabia. (While neither prisoner is a Canadian citizen, Raif Badawi’s wife and three children live in Sherbrooke and were granted citizenship last year.)

The fallout from the tweet saw Saudi Arabia suspend diplomatic ties, halt investment and Canadian imports, and threaten to shut down scholarships for its citizens studying in Canada. “Not one democracy came to Canada’s defence,” Mr. Cotler said.

He said that while he disagreed with Saudi Arabia being awarded G20 host duties, he believes the Riyadh summit could be an opportunity to increase the pressure to free the prisoners – and give Saudi Arabia the chance to prove it can be a “credible” host.

“If the Crown Prince wants to be taken seriously, if Saudi Arabia wants to be seen seriously as chair of the G20, he can’t call for reforms – which we support – regarding women, such as the right to drive, then imprison the same women who called for the reforms.”

He said Mr. Pence’s statement came after he and Mr. Badawi’s wife, Ensaf Haidar, travelled to Washington earlier this year to meet with lawmakers and the United States Commission on International Religious Freedom, which has contacts with the Vice-President.

Mr. Cotler says the killing of Saudi journalist Jamal Khashoggi, who was slain after entering the Saudi consulate in Istanbul last October, was a “wake-up call” for democracies that had previously hesitated to speak up against the Saudi regime.

Efforts by Mr. Badawi’s advocates in the coming weeks and months include a renewed application for clemency, which argues that a pardon would be in line with Saudi law.

Canada, too, has a part to play, says Mr. Cotler, who was Liberal justice minister from 2003-06. He plans to once again call on Prime Minister Justin Trudeau to grant Canadian citizenship to Mr. Badawi, which would ensure he could receive visits and has “diplomatic protection that is not now authorized.”

Mr. Badawi’s advocates say that while he hasn’t received any more corporal punishment, his health has declined and he continues to suffer psychologically from the threat of lashings and the separation from his wife and children.

And while some believe his prison conditions may have improved since the international pressure escalated, Mr. Cotler said his situation remains dire.

“There’s a sense of urgency,” he said. “You meet with his children, and every day the children can’t be with their father is a loss for him and a loss for them.” 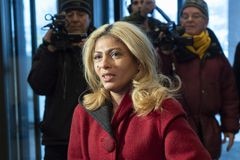 Opinion
Canada is right to stand up for Samar Badawi
August 7, 2018 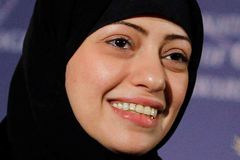 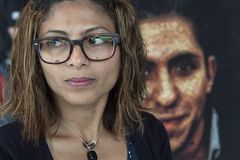