Prison advocates across Canada are pushing governments to release hundreds, perhaps thousands, of inmates. They say correctional institutions are ill-equipped to handle an outbreak of COVID-19, and an outbreak in any one of them would put at risk a vulnerable inmate population and the wider public.

The call for reduced numbers behind bars is being matched by demands by justice advocates to slow the number of prisoners entering institutions, in part by encouraging police and prosecutors to adopt lenient release policies, rather than seeking strict bail conditions or custody.

So far, governments have been slow to respond. Alberta’s Justice and Solicitor General department told The Globe and Mail on Thursday it is reviewing non-violent, low-risk offenders for possible release on temporary absences, under a long-standing policy that allows for such release.

Some provinces, including Alberta, are telling those serving jail sentences on weekends to serve them instead under house arrest. Nova Scotia has begun releasing a small number of convicted female offenders to the care of the Elizabeth Fry Society, including an older woman with health problems.

Inmates are feeling under threat, and describe conditions they say are rife with risk.

"The anxiety is through the roof here,” said Deepan Budlakoti, imprisoned at the Ottawa-Carleton Detention Centre, a provincial jail. “We’re being locked down here left, right and centre. When we do get time out, everyone runs for the showers and we end up with 20 guys in one shower. Hardly sanitary.”

Public health officials have recommended people keep at least two metres apart to prevent coronavirus transmission, but that’s impossible in narrow cells and in cellblocks that house at least 20 inmates.

“When one person gets the flu here, we all get the flu,” said Mr. Budlakoti, noting prisoners have no access to protective equipment or cleaning supplies at the moment.

As of Thursday afternoon, none of Canada’s provincial prison systems, nor the federal correctional service, had reported a confirmed case of COVID-19.

Correctional officers who watch over prisoners say it’s only a matter of time.

“It’s a ticking time-bomb,” said Chad Oldfield, a provincial correctional officer and vice chair of the union-management employee relations committee at Maplehurst Correctional Centre in Milton, Ont. “And it’s scary because we’ll have no control over the rate of spread.”

Mr. Oldfield said union members returning from international trips without symptoms have been instructed to return to work without self-isolating, violating federal guidelines. “It’s an irresponsible and dangerous approach,” he said.

On average, there were 14,129 federal prisoners serving sentences of two years or more and 24,657 provincial or territorial adult inmates between April 1, 2017 and March 31, 2018, according to figures from Statistics Canada. There were also an average of 792 youth aged 12 to 17 in custody.

Three out of five inmates in provincial jails have not been convicted of a crime, and are awaiting trial.

In Nova Scotia, provincial inmates spend an average of just 70 days in custody – meaning that a disease outbreak is difficult to contain within jailhouse walls.

“You cannot manage it outside if you don’t manage it in prisons,” Adelina Iftene, a law professor at Schulich School of Law in Halifax, and a member of the East Coast Prison Justice Society, said in an interview.

That justice group has asked Nova Scotia authorities to prioritize inmates according to vulnerability – those over age 55, or pregnant, or with respiratory or other conditions that make them vulnerable to complications from COVID-19.

Temporary absences could be one method used to send inmates home, or to halfway houses or other facilities, the group says. They want not only inmates awaiting trial but also those convicted and sentenced to be eligible for early release.

The proposal has been picked up by the Canadian Prison Law Association, a group of lawyers working on behalf of prisoners, and sent to governments across Canada, including the federal government.

A spokesman for the Nova Scotia Department of Justice said it would need until Friday to respond.

Most courts are largely shut down, with the exception of urgent cases, some appeals, child protection and bail hearings.

But Daniel Lerner, a Toronto lawyer, said he was “shocked and disappointed” at what he observed in the College Park provincial courthouse on Wednesday, including seemingly ill people appearing on minor charges, then moving through areas close to other people, though he added that matters improved Thursday.

"It was like we were treating it like business as usual. I started worrying about my health and the health of others, and prisoners,” Mr. Lerner said in an interview.

The use of prison wagons is also a worry. Mr. Lerner said a group of four prisoners were driven in a prison wagon to the Vanier Centre for Women. One of the four had symptoms of the novel coronavirus.

In Alberta, 13 prisoners were placed in a 20-person vehicle for the ride from the Edmonton Remand Centre to court, according to an e-mail from Dennis Cooley, a senior government official, and Tom Engel, the head of the Canadian Prison Law Association.

Toronto Police Service spokeswoman Meaghan Gray says officers screen people in custody upon arrest, at the division and again upon transportation to court, checking for symptoms and asking about recent travel. “If we can release someone from custody we will but our priority is on the safety of the public,” she said. 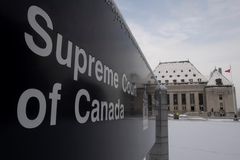 Follow Sean Fine, Patrick White and Tom Cardoso on Twitter @seanfineglobe @Nut_Graf @tom_cardoso
Report an error Editorial code of conduct
Due to technical reasons, we have temporarily removed commenting from our articles. We hope to have this fixed soon. Thank you for your patience. If you are looking to give feedback on our new site, please send it along to feedback@globeandmail.com. If you want to write a letter to the editor, please forward to letters@globeandmail.com.
Comments