The Assembly of First Nations is chastising the federal government’s legal challenge of a ruling to compensate First Nations children who were unnecessarily taken into foster care as “callous” and “heartless.”

Lawyers arguing on behalf of the AFN were in Federal Court Tuesday, arguing against Ottawa’s attempts to set aside a 2019 Canadian Human Rights Tribunal decision that awarded $40,000 to each Indigenous child who was removed from their families and communities before 2006 by a systemically underfunded child-welfare system.

The ruling also said the payments should also be made to their caregivers, whether it be their parents and grandparents, as long as they were not found to have been abusive.

AFN lawyer David Nahwegahbow, whose focus in the hearings is largely to counter Canada’s objection to awarding compensation to parents and caregivers, began his arguments today with a broad swipe at the federal government for forcing the tribunal’s compensation ruling to a judicial review.

He pointed to the tribunal’s landmark “merits decision” in 2016, which found Canada guilty of systemic discrimination against Indigenous children through the First Nations child welfare program and the government’s refusal to implement Jordan’s Principle.

This principle is named after young Jordan River Anderson from Norway House Cree Nation in Manitoba who died in hospital while the provincial and federal governments argued for years over which who should pay for his specialized care. After his death, the House of Commons unanimously passed a resolution saying that when different levels of government disagree about who’s responsible for providing services to First Nations children, they must help a child in need first and argue over the bills later.

Since the initial human rights complaint on behalf of First Nations kids in care was filed by the First Nations Child and Family Caring Society and the AFN in 2008, and repeatedly since, Canada has tried to block it or seek appeals and has been issued a number of non-compliance orders by the Canadian Human Rights Tribunal, all in an attempt to dodge paying damages, Nahwegahbow argued.

“Canada has engaged in a campaign of obstruction, delay, deflection and non-compliance in the legal proceedings alongside ongoing and knowing discriminatory conduct in its operations and utterly inconsistent political messaging to the Canadian and the First Nations public,” he told the court Tuesday.

He took the court through order after order issued by the tribunal over the last five years, each spelling out its findings that while Canada may argue child welfare services are carried out by the provinces and territories, these services for Indigenous children and youth were funded by the federal government and its funding mechanisms were highly discriminatory. The rulings spell out ways in which Canada’s funding mechanisms actually incentivized removing Indigenous kids from their families, as better services and more funding to help them was only made available by Ottawa once children were taken into care.

“Canada’s conduct was devoid of caution, with little to no regard to the consequences of its behaviour toward First Nations children and families,” the tribunal’s 2019 order states.

“Canada focused on financial considerations rather than on the best interests of First Nations children and respecting their human rights.”

Nahwegahbow argues this summary from the tribunal is the “only explanation” the AFN believes can be taken from Ottawa once again trying to appeal a tribunal decision awarding money to children and their families harmed by Canada’s policies.

“We have also to remember that all this comes at a time when First Nations people, residential school survivors, Canadians and people all over the world are being reminded about the horrors of Indian Residential School,” Nahwegahbow added.

“It is frankly heartless for Canada to be challenging the tribunal’s decisions, particularly the compensation decision, on the basis there was insufficient evidence to establish harms resulting from the removal of First Nations children from their families, homes and communities.

“How can they question that removing children from families causes harm?”

The tribunal’s 2019 ruling said Ottawa “wilfully and recklessly” discriminated against Indigenous children living on-reserve by not properly funding child and family services and awarded each child, and their parents or grandparents, $40,000 in compensation.

Frater argues the tribunal did not have the authority to award individual damages because it did not hear any evidence or testimony from children or their families to justify individual compensation.

“The compensation decision was inconsistent with the nature of the complaint, the particulars to that complaint and the evidence, and thus exceeded the tribunal’s limited statutory jurisdiction,” he told the court.

“There are many examples of irrationality in the tribunal’s reasoning process. Seriously flawed reasoning led to unreasonable outcomes.”

He also argues the tribunal’s decision to award its maximum amount possible does not take into account that some children may have suffered more harm than others.

She said the discrimination First Nations children experienced from an underfunded and poorly designed system warrants the damages awarded by the tribunal. 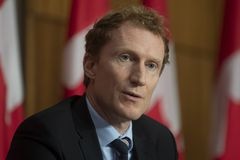 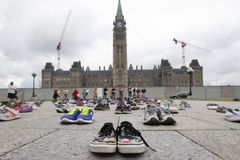