An outbreak of COVID-19 cases in Saskatchewan’s far north is considered one of the most alarming scenarios in the country, with more than 150 cases confirmed, including in vulnerable Indigenous communities.

As of Thursday, there were 167 positive cases of COVID-19 in the region, which extends north over a large geographic area from the town of La Ronge.

The caseload has been particularly high in La Loche, a Dene village of more than 2,800 people about 600 kilometres northwest of Saskatoon.

Health officials in Saskatchewan have confirmed that some of the COVID-19 cases in La Loche are linked to travel from a Kearl Lake oil sands work camp north of Fort McMurray, Alta.​​

Georgina Jolibois, a former mayor of La Loche and former NDP MP, said in an interview that housing and overcrowding is a major concern in the village, adding people are still returning from Fort McMurray and when they return home they are told to self-isolate.

"Currently, very limited space is available to them to self-isolate away from their families," she said.

Ms. Jolibois said a number of residents have been working in Fort McMurray and travelling back and forth. She said it is positive that they are employed but this presents a challenge, including to ensure workers are isolated and tested.

Workers travelling from the Kearl Lake oil sands have also been linked to cases in British Columbia and Newfoundland and Labrador.

The outbreak in northern Saskatchewan comes as the province moves forward with the first phase of its plan to reopen. The phase allows access to some previously restricted medical services and provides specific guidance around parks, boat launches and golf courses. The lifting of restrictions does not apply to La Loche.

Assembly of First Nations National Chief Perry Bellegarde said Thursday the situation in Saskatchewan’s north is alarming and requires immediate action, including the need to ensure essential services and supplies are maintained.

Many First Nations in Saskatchewan feel the province moved too quickly to reopen activity, he added.

On Wednesday, La Loche recorded 117 positive cases in addition to 16 in the nearby Clearwater River Dene Nation, according to an update on a Facebook page created by emergency management officials in La Loche.

The virus has also been connected to the death of two elders.

In late April, Joseph Pierre Sylvestre, 83, died in a North Battleford hospital of coronavirus-related complications. Agnes McDonald, 85, died several days later as a result of the virus. Both were living in long-term care facilities in La Loche.

This week, Dr. Tam called the cases in Saskatchewan’s north concerning, adding there has been extensive collaboration with the province, local health authorities, communities and Indigenous Services Canada. Health workers have been conducting door-to-door investigations to look for cases and conducting contact tracing, she said.

A spokeswoman for Indigenous Services Minister Marc Miller said Thursday that the federal department is working with Indigenous communities to ensure necessary resources are in place.

“We are also closely assessing the need for additional health care professionals and have expanded existing nursing contracts to support emergency responses across the country,” press secretary Vanessa Adams said.

Ottawa is in close communication with the Northern Inter-Tribal Health Authority, which has jurisdiction and delivers direct health services in the First Nations communities of northern Saskatchewan, Ms. Adams said.

Gary Vidal, the MP for the Saskatchewan riding of Desnethé-Missinippi-Churchill River, also told The Globe and Mail this week the virus has “progressed over a few days into something that has become very serious."

La Loche Mayor Robert St. Pierre said his community has been working with the provincial health authority to respond to the outbreak, including with drive-through testing.

Twenty-five staff have come to La Loche to assist with the response, Trevor Tessier, a director of primary care at the Saskatchewan Health Authority, said in a Facebook update.

“On a normal day in La Loche we would have three [registered nurses] in the facility. Now we have 28. They are going out with Mobile Testing. They are also doing swabbing at the facility,” he said.

Marina Janvier, a La Loche councillor, also said the province has provided a lot of support but she fears how long the outbreak could last.

The health authority has offered isolation units for those who need to do so outside their home, she said.

Ms. Janvier also said the outbreak has amounted to nothing short of an emotional roller coaster, adding the worry applies to her community, her family and her own household.

On Thursday, the Northern store in La Loche also confirmed in a statement that an employee tested positive for COVID-19 and all other staff were to be tested Thursday and Friday.

The store had continued delivery services and curbside pickup, but said it is now closed with the exception of a limited-use pharmacy. Community members who have had contact with the employee will be notified by public health, it added. 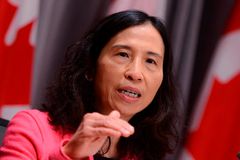 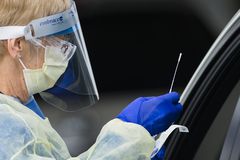 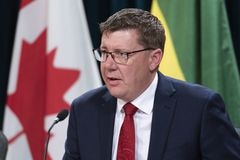 Follow Kristy Kirkup and Marsha McLeod on Twitter @kkirkup @marshamcleod_TO
Report an error Editorial code of conduct
Due to technical reasons, we have temporarily removed commenting from our articles. We hope to have this fixed soon. Thank you for your patience. If you are looking to give feedback on our new site, please send it along to feedback@globeandmail.com. If you want to write a letter to the editor, please forward to letters@globeandmail.com.
Comments