Premier Jason Kenney says Alberta’s largest hospitals are at 91 per cent capacity because of COVID-19 cases and widespread cancellation of more non-urgent surgeries may be necessary.

“Our top 15 hospitals are increasingly under stress,” Mr. Kenney told NewsTalk 770 radio in an interview Monday.

“Ultimately, if we get more and more COVID patients in hospital, the response to open up [COVID] capacity will be widespread surgical cancellation.”

He said Alberta has 8,500 hospital beds. Some 2,400 are being set aside for pandemic patients and one-quarter of those beds will be in intensive care.

“We have a plan to get back to that level of availably given the current surge that we see,” Mr. Kenney said.

He said the crucial question is staffing.

“You can’t just snap your fingers and suddenly train and certify hundreds of additional nurses for intensive care, for example. We only have a finite number of anesthesiologists who can assist with intubation for COVID patients.”

In October, the Edmonton area began cancelling 30 per cent of non-urgent surgeries to deal with mounting COVID-19 caseloads.

Dr. Deena Hinshaw, Chief Medical Officer of Health, reported 1,733 new cases Monday – a one-day record – to go with 453 patients in hospital, 96 of them in intensive care. There were eight more deaths, bringing that total to 541.

Last week, Mr. Kenney announced a new round of health restrictions designed to address COVID-19 hot spots while keeping the majority of businesses and the economy going.

Among the changes, the six diners allowed per table in restaurants now have to be from the same household. Retailers have to limit capacity to 25 per cent.

The key change is that people are not supposed to hold gatherings in their homes under penalty of fines ranging from $1,000 to $100,000.

Also Monday, Health Minister Tyler Shandro responded to the release of an Alberta Health Services internal memo sent out last Friday. It urged staff in Calgary hospitals to reduce use of bulk oxygen where possible due to expected constraints caused by the pandemic.

“Even as our hospitals are packed full of the critically sick, AHS is running short on oxygen,” NDP Opposition health critic David Shepherd told the house.

Not true, Mr. Shandro said. “This is a contingency plan of AHS, as they do throughout the year,” he said.

Dr. David Zygun, Edmonton zone medical director for Alberta Health Services, said the memo was part of an “anticipatory” plan to make sure there are ample resources.

“We do have an adequate oxygen supply,” he said.

The NDP also criticized Mr. Kenney for urging members of the South Asian community in Calgary to avoid extended gatherings. He said some of the highest case rates are in that community, but stayed silent on large weekend rallies protesting mandatory mask rules.

“These marches are superspreader events,” NDP Leader Rachel Notley told Mr. Kenney. “Will you condemn these marches and the Albertans who so irresponsibly organized them?”

Mr. Kenney said it’s up to local law enforcement to hand out tickets to anyone breaking public-health orders and said: “We ask Albertans to be responsible in their actions.”

“It’s my understanding some of those charges were going to be laid this morning,” said Supt. Ayliffe, who added that the focus is on organizers and flagrant rule-breakers. 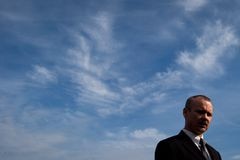 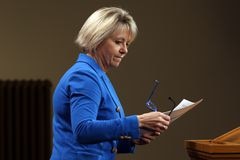 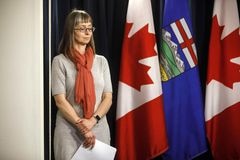