Alberta is overhauling the way it licenses and regulates its commercial trucking after a Calgary-based firm was involved in the bus crash that killed 16 people and injured 13 others with the Humboldt Broncos junior hockey team.

Brian Mason, the Minister of Transportation, said on Tuesday his province is launching consultations with the public and industry stakeholders on three proposals: instituting mandatory training for new truckers, abolishing the two-month grace period firms have to prove they comply with national safety standards and toughening the road test for all categories of licences.

The province joins Saskatchewan, home of the Broncos, in changing its licensing and regulatory regime in the wake of the April crash, a “terrible tragedy” that Mr. Mason said expedited a shift that Alberta was already planning to make.

“A lot of the push here is to make sure that drivers do have a much higher level of training and experience before they get behind the wheel of large vehicle,” Mr. Mason said. “We need to make sure that the changes we make are the right ones and are sustainable.”

Earlier on Tuesday in Melfort, Sask., the 29-year-old long-haul truck driver was released on $1,000 bail after being charged last week with 29 criminal counts of the dangerous operation of a motor vehicle causing death or injury. After the horrific crash, the owner of the trucking firm told The Globe and Mail that the driver had relatively little experience behind the wheel of a semi-trailer after getting a commercial licence in Alberta, where no classroom training is required before taking a written licensing exam and road test.

Saskatchewan Government Insurance, which regulates licensing, has already announced that by early next year it would require new truck drivers to complete at least 70 hours of training with a recognized school before they take their exam and road test.

All provinces encourage aspiring commercial drivers to undertake such training, but the majority only require drivers to pass a medical exam, written quiz and road test before becoming licensed for long-haul trucking. Only Ontario makes drivers take more than 100 hours of training with licensed school before they are able to take the tests.

Stephen Laskowski, president of the Canadian Trucking Alliance, an umbrella group for the provincial trucking associations, representing about 4,500 firms, said provincial standards need to be streamlined.

“I won’t comment on one individual province, suffice to say that we collectively as an industry want to see mandatory entry-level training across the country,” he said on Tuesday after the Alberta announcement. “Our great frustration is the lack of … [political] will across the country to go along with the industry on this issue – it is a bit puzzling at times.”

His organization released a 10-point plan on Tuesday to address certain safety and regulatory deficiencies, some of which were included in Alberta’s announcement.

Mr. Mason said the rules of the new licensing and regulatory regime will be hashed out with the public and industry representatives in the coming months to make sure that the changes don’t needlessly restrict business.

The province is also considering a mandatory compliance review for new carriers within nine months to a year from the day they open their doors. Those reviews would then take place at regular intervals.

Mr. Mason said the regular reviews would stop “chameleon carriers” that get decertified for failing to meet safety standards only to set up shop under a new name.

Now that the RCMP have finished their investigation into the Humboldt Broncos crash, the minister said his province can start its own inquiry into whether any rules were broken by the driver’s Calgary-based company, Adesh Deol Trucking Ltd., which remains suspended from operation. 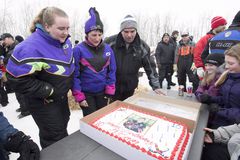 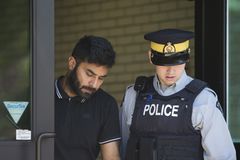