Schools under a United Conservative government would operate under rules for gay-straight alliances that were developed before the NDP came to power, says UCP Leader Jason Kenney.

Kenney outlined his party’s education platform for the April 16 provincial election at the private Calgary Jewish Academy on Monday.

He said his government would proclaim the former Progressive Conservative government’s Education Act of 2014 to replace the NDP’s amended School Act.

The Education Act included a provision to allow gay-straight alliances – clubs meant to make LGBTQ kids feel safe and welcome – in schools if students wanted them.

“We support those as an opportunity for young people who might be facing harassment or bullying to get that peer support and so we will encourage schools to comply with that legislation,” Kenney said.

The New Democrats said at the time there were some loopholes in the Tory legislation that some schools were using to delay or deny students trying to set up the clubs. That’s why the NDP amended the School Act to take protections for LGBTQ students further.

A flashpoint of the NDP legislation was a prohibition on school officials telling parents if their kids joined the clubs. Last summer, a coalition of faith-based schools, parents and public interest groups lost a bid to have a judge put the law on hold until there is a ruling on its constitutionality.

Commenting on how a UCP government would deal with any pushback from religious schools on gay-straight alliances, Kenney said: “Our approach would be one of co-operation rather than one of confrontation.”

Kristopher Wells, an associate professor who specializes in sexual minority issues at Edmonton’s MacEwan University, accused Kenney of taking a “backdoor route” to undoing progress the NDP has made on LGBTQ rights.

“This is an attack on LGBTQ rights in the province,” Wells said. “It’s a move to undermine gay-straight alliances and has the ability to do real harm to LGBTQ students, who remain amongst one of the most vulnerable groups of students in our schools today.”

Kenney also said his party would ensure all sex education in the province covered the topic of consent.

Meanwhile, NDP Leader Rachel Notley says the New Democrats would expand $25-a-day daycare if they were to be re-elected in the April 16 Alberta vote.

Speaking in Calgary, Ms. Notley said the plan would include adding 13,000 daycare spaces to the current 62,000 spots in the province.

“For too many Alberta moms and dads, finding safe and affordable, quality child care is a real challenge,” Ms. Notley said Monday.

The promise is an expansion of a pilot program begun two years ago that capped daycare costs at $25 daily at 7,300 spaces in 122 locations.

Other planks of the United Conservative platform include lifting a cap on charter schools and requiring clear and understandable report cards.

Education funding would be maintained or increased, while at the same time seeking more efficiency. The NDP’s curriculum review – which Kenney has previously threatened to put through “the shredder” if it strayed too far from learning fundamentals – would be put on hold to allow for broader consultations with parents, teachers and experts, Kenney said. 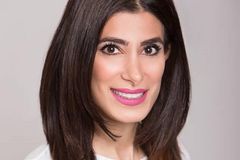 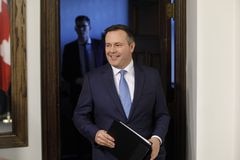 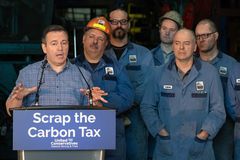