Canada has not yet grounded the Boeing 737 Max plane despite at least 40 countries across Europe and Asia banning the jet after two deadly crashes in five months.

Federal Transport Minister Marc Garneau emphasized Canada’s air safety record, two days after the Max 8 crash in Ethiopia that killed 18 Canadians and 139 other people. “It’s important for us not to jump to conclusions and let ourselves get swept up by emotion,” Mr. Garneau said Tuesday in Montreal, adding: “Canada doesn’t know what caused this accident nor do the countries in question.”

Other countries, faced with the same uncertainty, have ordered the planes grounded. Egypt, Thailand, Lebanon and Uzbekistan on Wednesday joined the long list of nations suspending the model.

The Canadian government has no immediate plans to follow suit but was examining all available information and options, Mr. Garneau said. “I’m saying that Canada has a very high safety record in Canada, including with the Max 8," he said. “So it’s something that they [Canadians] should take seriously, the fact that we have an extremely good safety record in aviation. Our pilots are very well-trained.”

The agency, which has 32 member states, said it took the action “as a precautionary measure” and that it was too early to draw any conclusions as to the cause of the Max 8 crash in Ethiopia on Sunday.

EASA’s action was part of a series of similar moves to ground the aircraft by countries including Britain, France, Germany, Australia, Kuwait, Oman, United Arab Emirates, India, China, Singapore and Malaysia. Some airlines such as Norwegian Air, currently one of the Max 8′s biggest operators, decided on their own to keep the planes on the ground.

Canada’s position leaves it offside with many of its key trading partners, with the notable exception of the United States, which continued to stand by the aircraft on Tuesday. Both Boeing and the U.S. Federal Aviation Authority (FAA) have said there is insufficient proof to link the Ethiopian Airlines crash Sunday and another crash five months ago on Indonesia’s Lion Air that took the lives of all 189 passengers and crew.

Mr. Garneau said a grounding remained an option if the circumstances changed and new information emerged.

The federal cabinet minister, a former astronaut, said he would not hesitate to board a Boeing Max airliner, reiterating earlier comments. The minister said he cancelled his other planned events Tuesday to deal with the issue.

The 737 Max, a newer and more fuel-efficient version of Boeing’s workhorse 737 aircraft, is the fastest-selling plane in Boeing history, the company says. The plane maker has booked 4,700 orders for the Max from about 100 customers worldwide, according to information on its website.

The FAA certified the Max 8 model two years ago and it entered commercial operation soon after. Boeing has delivered more than 370 Max aircraft to nearly 50 customers, including Air Canada, WestJet and Sunwing Airlines.

Late Tuesday, Sunwing announced it was temporarily suspending use of its four Max 8 planes, citing “evolving commercial reasons unrelated to safety including airspace restrictions being imposed by some of our partner destinations.”

Montreal-based Air Canada currently has 24 Max 8s in its fleet and uses them on a variety of routes across North America and Europe. WestJet has 13 Max 8s and operates them mostly to destinations in Canada, the United States, Mexico and the Caribbean.

“We are confident in the safety of our operations and fleet, which are approved by government safety regulators, including Transport Canada and the FAA,” Air Canada said in a statement Tuesday. “This includes previous 737 Max bulletins reinforcing existing procedures which all Air Canada crew were already trained on.”

“The safety of our people and the travelling public are always WestJet’s top priority,” Lauren Stewart, a spokeswoman for the Calgary-based airline, said in an e-mail. “We operate one of the youngest fleets in the airline industry and the Boeing 737 Max 8 was added in October 2017, performing reliably, efficiently and safely on 1,000s of flights since.”

But the union representing Air Canada cabin crew is worried. “The Air Canada Component of CUPE who represents flight attendants at Air Canada mainline and Rouge is calling on the company to at a minimum continue to offer reassignment to crew members who do not want to fly on this type of airplane,” the Canadian Union of Public Employees said in a statement.

Concern about the Boeing Max’s safety began last October when a Max 8 flown by Indonesia’s Lion Air crashed into the Java Sea.

The incident shares at least two things in common with the latest crash, including the plane type involved and the fact both planes plunged to Earth shortly after takeoff. That alone has shaken some industry veterans, even as they await conclusive information.

“The decision to ground the plane is hasty,” said Addison Schonland of boutique aerospace consultancy AirInsight. “There seems to be a knee-jerk reaction by a lot of people and a bit of panic.”

Investigators have not issued definitive determinations about the Lion Air flight. So far, they’ve said the aircraft’s sensors delivered unreliable information, an issue Boeing has pledged to fix. The Ethiopian Airlines probe has just begun.

U.S. carriers including Southwest, the biggest 737 Max operator globally, continue to fly the plane with the backing of the FAA.

“The FAA continues to review extensively all available data and aggregate safety performance from operators and pilots of the Boeing 737 Max,” the FAA said in a statement late Tuesday. “Thus far, our review shows no systemic performance issues and provides no basis to order grounding the aircraft. Nor have other civil aviation authorities provided data to us that would warrant action.”

Boeing confirmed late Monday that it will deploy a software upgrade to the Max 8. That came a few hours after the FAA said it would mandate “design changes” in the aircraft by April.

Air passenger rights advocate Gabor Lukacs called on airlines to allow travellers to cancel or change their reservations without being charged on flights booked on the Max 8. He said Canada should ground the planes for at least a few days.

In the meantime, “passengers should be free to make up their minds whether they consider the aircraft too risky,” Mr. Lukacs said in an e-mail. “I would not want any of my loved ones to fly on the 737 Max 8 until we get the FDR (flight data recorder) data.”

On social media, many Canadians expressed concern about Canada’s position on the aircraft. WestJet and Air Canada were bombarded on Twitter with requests to ground the aircraft and waive fees for travellers who want to change flights to avoid the Max 8.

With files from Les Perreaux and The Canadian Press 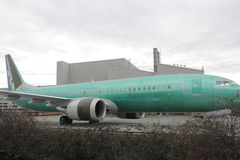 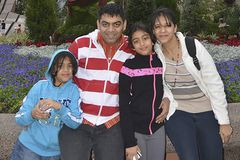 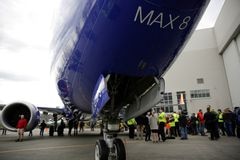