Global News reported on Tuesday that Vance allegedly had an ongoing relationship with a woman he significantly outranked.

Vance is also alleged to have made a sexual comment to a second, much younger soldier in 2012, before he was appointed chief of the defence staff.

Vance could not be reached for comment on Tuesday and the allegations against him could not be independently verified.

In a joint statement, Vance’s successor Admiral Art McDonald and Defence Department deputy minister Jody Thomas say they take all such allegations seriously, without suggesting they had substantiated these.

They say misconduct by anyone at any rank in the Canadian Forces harms the military’s ability to operate and protect the country.

“We will be communicating more in the coming days and have no further comment at this time,” their statement said.

Vance acknowledged having been in a relationship with the first woman nearly 20 years ago, according to Global, but that it had evolved over the years and was not sexual.

The former defence chief also said he had no recollection of making a sexual comment to the other junior member, adding if he did make the comment it would have been intended as a joke and that he was prepared to apologize.

The allegations against Vance come less than a month after he turned over command of the Canadian Armed Forces to McDonald.

Vance took over as defence chief in July 2015, at which point the Canadian Armed Forces was struggling with allegations of having turned a blind eye toward sexual misconduct in the ranks.

Vance’s first order as Canada’s top military commander was to launch an all-out effort against such inappropriate behaviour, which he continued to push during his five-plus years at the helm. 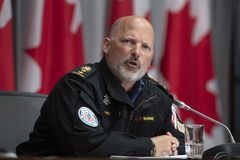