An estimated 89 per cent of Canadians could benefit from palliative care in the last year of life. But only 15 per cent are actually getting it.

That’s a pretty damning commentary on the state of end-of-life care in this country, and it only tells part of the story.

The new data, published Wednesday by the Canadian Institute for Health Information (CIHI), reveals that even those who get palliative care tend to get it late, and that far too many dying patients are shuffled around mercilessly between home, hospitals and nursing homes in their final days.

In short, the report confirms what far too many people who have accompanied a loved one in their final days know – that Canada is not a very good place to die.

The fundamental problem is lack of timely access, woes that are the result of lack of co-ordination between different parts of the system.

If there is a glimmer of hope in this grim tale, it is that when you get access to palliative care – which for the most part happens if you are a “young senior” (age 49-74) with cancer – the care is excellent.

Canada is known globally as a leader in palliative care theory, but sadly it fails far too often in practice.

Polls show that 75 per cent of Canadians want to die at home. But only 15 per cent actually do.

The majority – 61 per cent – die in hospitals, spending their final days on soulless, busy hospital wards, where there is too little opportunity for a peaceful, dignified death.

Only one in four of those terminal patients who are hospitalized get full-on palliative care. And half of them die waiting to be discharged to a more appropriate setting – meaning hospice or home care with palliative care support.

The numbers, as appalling as they are, don’t adequately convey how badly dying patients are treated by the failure to provide palliative care in the community.

They are, in dry academic language, “subject to multiple transitions of care.” That means very sick patients are shuffled – often repeatedly – from home/nursing home to emergency, then up to the ward, and back home again.

We all know that in Canada, an ER visit for a frail elderly person (the main clientele for palliative care) means lying on a gurney in a hallway for hours. That is the last place a dying person – often confused, incontinent and in pain – should be. This kind of humiliation is untenable and we should be ashamed at how commonplace it is.

The key to providing decent palliative care is a little bit of basic planning. Four conditions – cancer, cardiovascular disease, COPD (lung disease) and diabetes – account for 70 per cent of deaths.

Those chronic conditions all have fairly predictable courses of illness in the terminal phase. You don’t get diagnosed with lung cancer or heart failure one day and die the next. It’s a months-long process and providing pain relief (palliation) should be standard, and a priority.

Two in three people receive home care in their last year of life. But only one in seven receive palliative care in the home.

That’s the failure point – and that’s what we need to fix.

There needs to be a commitment – philosophical and financial – to bringing palliative care to patients when they need it and where they want it.

Not everyone can (or should) be cared for at home in their final days. It’s back-breaking, emotionally-draining work for loved ones. Yet many would do so willingly and lovingly.

But they run up against a gross number of barriers, ranging from difficultly getting home visits from physicians (who are poorly remunerated for that work in many provinces), lack of nursing support (because of caps on home care hours), and absurd rules that mean drugs taken at home are not covered by medicare.

All the problems raised by the CIHI report are easily resolved. For example, having paramedics provide palliative care can eliminate transfers to hospitals. Sending doctors and nurses to homes or nursing homes can free up hospital beds – and save money in the process. Not to mention that, at the very least, people deserve a modicum of dignity in their dying days.

The whole point of palliative care is to improve quality of life. We shouldn’t let bureaucratic and structural inadequacies undermine that necessary and noble work. 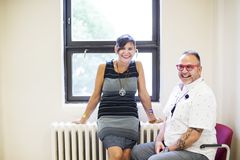 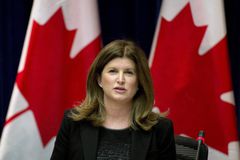 When is aggressive cancer treatment too aggressive?
June 4, 2015