The Alzheimer Society of Canada has changed a key aspect of its stand on medical assistance in dying, saying it will no longer fight potential legal changes that would allow dementia patients to make advance requests for the procedure.

The Alzheimer Society, the country’s largest non-profit organization for people with dementia, used to be a strong opponent of advance consent for medial assistance in dying (MAID) on the grounds that it could put vulnerable people at risk.

But last month, the organization’s board adopted a new position statement for the society that says: “We respect the right of all persons with dementia to advocate for their individual best interests, including advocating for access to MAID through advance requests.”

The new statement – which stops short of endorsing advance requests – reflects the heated debate among people with dementia and their caregivers about whether Canadian law should allow doctors to hasten the deaths of mentally incapable patients who wrote clear instructions when their minds were sound.

But that could soon change. An expert panel in Quebec, which has its own assisted-dying law, submitted a report to the provincial government earlier this year that recommends allowing advance requests in that province, French-language media have reported. (The final report has not yet been made public.)

At the federal level, the MAID law is a live election issue owing to a Quebec court decision last month that invalidated the part of the legislation that limited MAID to people whose deaths were “reasonably foreseeable.”

If that happens, lawmakers will undoubtedly look for advice from the Alzheimer’s Society – an organization intimately familiar with the desires and needs of the 564,000 Canadians who have been diagnosed with dementia.

Chief executive officer Pauline Tardif said in an interview the society’s previous position drew both praise and scorn, which led the organization’s leaders to re-evaluate why they took a hard-and-fast opposition to advance requests in the first place.

“Is it our role to be legal specialists in this area?” Ms. Tardif asked. “What is our role? We are very clear in all we do that our role is to be there to educate, inform and support people, but at the very heart of that, [we] honour their rights and their choices.”

Ron Posno is one member of the Alzheimer Society who felt the society’s previous opposition failed to respect his views.

Mr. Posno, a 79-year-old retired teacher and former pilot who was diagnosed with mild cognitive impairment in 2016, has spent the past few years advocating for the law to allow advance requests for MAID.

Mild cognitive impairment is often a precursor to Alzheimer’s disease, but Mr. Posno has not crossed that threshold.

Although he has lost his handwriting ability and his sense of orientation – “I always had the instincts of a homing pigeon; now I can get lost in the grocery store” – he is perfectly capable of having a conversation about a subject as philosophically complex as advance requests for assisted death.

Jennifer Gibson, director of the University of Toronto Joint Centre for Bioethics, said that one question that often comes up is whether dementia patients effectively become different people as their cognitive abilities fade away.

"Am I myself then? Or is that a new person entirely?” said Dr. Gibson, who chaired a Council of Canadian Academies panel that summarized the evidence around advance requests for MAID last year. “That’s a philosophical debate as much as it’s an ethical debate.”

But there’s a practical dimension, too, as the international experience shows. In the Netherlands – the only country with real experience implementing advance requests for people who are not irreversibly unconscious – doctors are extremely reluctant to hasten the deaths of mentally incompetent patients.

The expert panel that Dr. Gibson led could find only six publicly available case reports from the Netherlands describing patients who received assisted deaths after they lost decision-making capacity based on written advance requests.

Vancouver doctor Ellen Wiebe, a MAID advocate who performed Canada’s first legal assisted death, said she would refuse to perform the procedure on a late-stage dementia patient with a written advance request.

In her experience, people with late-stage dementia tend to be either blissfully unaware of their plight or paranoid, angry and afraid that caregivers will hurt them. 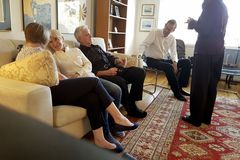 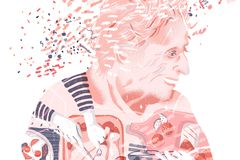