Eleventynine million days ago, in February, a few things in the ski world had me tickled.

Powder, the legendary ski magazine, had recently promoted Sierra Shafer to editor-in-chief, making her the first woman to lead the publication. Canadian skier-comic Katie Burrell’s Dream Job, a short film that celebrates women in the industry without being all rah-rah about it, had just collected bouquets of accolades. And I was jazzed for Girls Do Ski, a camp where pro athlete Leah Evans and her squad of coaches convince somewhat competent lady skiers like me that, yeah, sure, we can ski that.

As a reporter in The Globe’s Calgary bureau, I wanted to highlight for this newsletter how women in skiing seemed to be gaining momentum and prominence in media. Then the pandemic ate my homework.

But now with (virtual) film festival season upon us – and in the name of feminism, pursuit of journalism, and in accordance with COVID-19 restrictions – I spent an afternoon on my couch watching ski movies. Amplify: Skiing Edition back on!

Women are changing the look, purpose, and potential audience, of ski flicks. They address themes previously alien to the genre. Characters, rather than cliff drops, drive the drama in their movies. And there’s increasingly more room for films featuring and made by women.

Take Motherload, which premieres at the Vancouver International Mountain Film Festival Nov. 20. Izzy Lynch, a pro skier with a toddler named Knox, imagined a short, fun, film about the absurdity of taking kids skiing. Diapers, meltdowns, snacks, forgetting to pack tiny mittens. “It is so much work for that split second of joy that you experience, but somehow it is still worth it,” said Zoya Lynch, Izzy’s sister and the movie’s director.

Arc’teryx, the gear company, agreed to fund what was supposed to be a seven-minute package of cute spills and chaos, starring pro skier moms and their children. That a major brand signed up for hot laps on the bunny hill is in itself a major shift. But the finished product bears little resemblance to that original plan. Motherload digs into life’s messy circumstances.

Izzy talks about divorce and being a single mom; her pal Tessa Treadway explores grief and the struggles of parenting three boys – Kasper, Raffi, and Malto – after her husband died. Treadway was pregnant with Malto when Dave Treadway fell into a crevasse while skiing in 2019.

“The load is a lot bigger than just carrying everybody’s ski gear,” Zoya said of the 14-minute flick. And in 2020, a year thick with emotion because of COVID-19, films with deeper, grittier, storylines feel more relevant, she said.

Then there’s Coach, a 32-minute ski movie from Katie Burrell. It follows pro skiers Lorraine Huber and Hedvig Wessel on the Freeride World Tour, and is full of big mountains and backflips. But it departs from the traditional script for ski movies starring women by underscoring the physical and emotional intensity required to compete at the highest level of the sport.

“There’s been this missing element of imperfection, humanity, flaws,” Burrell said. “You never get to see women not getting along in action sport media."

The film is reality TV for the sporty set. “We wanted it to be okay for women to be competitive and to care so much about something that maybe you’re not always pretty and perfect and glossy and just palatable for the male gaze," Burrell said.

If you’re a ski movie traditionalist – you want oodles of big lines, with beer and blood on the side – The Blondes out of Revelstoke, B.C., have you covered. The trio – Janelle Yip, Tonje Kvivik, and Emily Childs – have spots in Matchstick Productions’ Huck Yeah!, where skill trumps story, regardless of gender. For pro skiers – especially rowdy up-and-comers like The Blondes – making it into an MSP flick is a big freaking deal. “Their skiing is what makes them undeniable to a company like MSP,” Burrell said.

Did you pick up a pandemic hobby? Me neither! And that’s ok. I’m not baking bread and you don’t have to either. I cleaned my closets months ago, but that was probably more about procrastination than productivity. Don’t feel bad if you haven’t ROYGBIV’ed your wardrobe, learned a new language, or milled wheat by hand. Let’s just get through this pandemic with our health and sanity somewhat intact and call it a win, shall we? 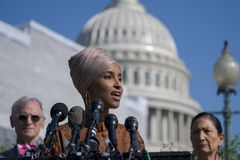 Amplify: A three-step winter survival guide to living alone during a pandemic
November 13, 2020 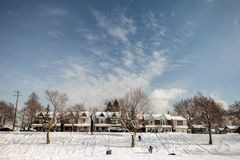 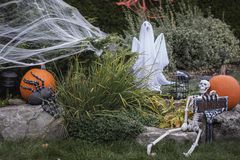