“You’re getting to be a problem patient,” my family doctor joked dryly as I sat on the exam table.

We both laughed even though we were talking about my second miscarriage, and whether it was time to refer me to Calgary’s fertility clinic. At that point more than five years ago, I was sure the worst had already happened. Little did I know then that I was only at the beginning of what would be a longer quest to have a baby.

In the end, my husband and I went to the fertility clinic – a good thing since I did end up having several more miscarriages before 10 weeks gestation – and at the clinic I learned the genetic reasons why. Through some sad days, it helped to know the science of what was going on inside me.

I’m Kelly Cryderman, a reporter at The Globe and Mail’s Calgary bureau. I am both a step-mom to two teenagers and now a biological mom to a three-year-old. I now see good reason to talk more about fertility and recurrent pregnancy losses – and the larger issue of people who want children and are not able to have them.

It’s not a women’s issue, it’s a people issue. And the political debate about fertility is in its infancy. In Canada, some might argue we are behind. A private member’s bill introduced this week asks the federal government to decriminalize payments for surrogacy and human reproductive material – a change that if enacted would put us more in step with the U.S. and might make it easier to find sperm and egg donors, or surrogates, but also raises concerns about commercialization in the creation of human life.

And around the world, people are now asking whether sex-ed curriculums that usually focus on contraception, sexually transmitted infections and healthy sexual relationships include discussions about how age matters for the fertility of both women and men. (Is talking to teenagers about an issue that will only be relevant to them in a decade or more too complicated? How do we talk about it without sounding as if we’re dictating what women can do with their bodies?)

That isn’t to say the issue of fertility is anything new. Around the world and for thousands of years, there have been fertility myths, prayers and gods. Even in our grandmothers’ era – where the issue of too many children was a bigger problem for many women – infertility reared its head. I always remember a passage from Maureen McTeer’s autobiography In My Own Name where she talks about her mother waking up in an Ottawa hospital to learn she had not one new baby, but twins. (It was the early 1950s, and there were no ultrasounds, and women were anesthetized while giving birth). She already had two small children at home on the farm, and began crying, asking the nurse how she would cope with caring for them all. The nurse replied that she had been trying to have children for years, and offered to take the pair of newborns herself. “My mother stopped crying and took my twin sisters home,” McTeer writes.

Fertility isn’t a modern problem, but it’s more pronounced now. Women in developed countries have careers that may delay baby-raising, and are able to be more discerning about who they marry or mate with. We have endless choices that our ancestors didn’t have, including the choice to not have children. But often when we do decide that kids are for us, we’re a little bit older – which makes it just that much harder to conceive and carry.

This July will be the 40-year anniversary of Louise Brown’s birth – she was the first child born using the world-altering technique of in-vitro fertilization or IVF. (This long piece from the Independent reflects on the ways the discussion around fertility has changed before and after Brown was born.) But there is still so much disappointment and heartbreak involved in that expensive process. If you are looking for an egg donor in Canada, it is already a challenge – and as The Globe’s Dakshana Bascaramurty has written, it can be even more difficult for some to find a racial match. And even if you don’t have a medical impediment to having a child, there are social hurdles – as this classic Maclean’s article on “social infertility” so adroitly lays out. I have found it’s dangerous to assume from outward appearances which people do or don’t want children – and who has made a choice and who has had it made for them. (And people can get so nosy. Some fantastic guidance from the Globe’s health columnist André Picard: “When young women don’t drink, it’s often assumed they are pregnant or trying to conceive. Here’s some advice you can take to the bank: Don’t question a woman about her reproductive status, ever.”)

In the flurry of medical appointments I have had over the last several years, I heard about another Alberta woman with a similar condition to me who went through more than a dozen miscarriages before having her first child. I think of her often, and how tough she must have been. Her story and others remind me how many other people are out there, trying to have a child but quietly struggling with fertility issues or recurrent miscarriages. Good luck to us all.

What else we’re reading:

Did I mention I love Bond films? I grew up watching The Spy Who Loved Me and On Her Majesty’s Secret Service over and over – and I dreamed about having 007’s swagger and travel lifestyle. Sean Connery in Goldfinger was always my favourite: The 1964 movie had the best music and bad guy, great one-liners and a cool team of women pilots. That’s why I read Scott Gilmore’s piece titled “James Bond was a Rapist“ with dismay, because he makes so many damningly good points about how the Bond-style of seduction in that era left much to be desired when it comes to consent. But that’s not to say that Gilmore thinks we should totally stop watching Bond movies: “In fact, the shock of seeing something you once loved and realizing how brutal it now seems is only good for us. It forces us to consider what we are doing right now, what we are laughing at today, which will one day be abhorred as barbaric,” he writes.

Inspired by something in this newsletter? If so, we hope you’ll amplify it by passing it on. And if there’s a woman you think our readers should know about, tell us about her. Send us an e-mail at amplify@globeandmail.com. 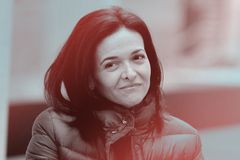 Amplify: Connecting the dots of my many female friendships
May 19, 2018 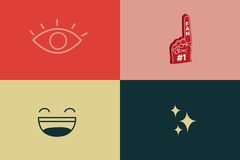 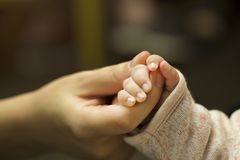