Chantelle Lee is a reporter at The Globe and Mail.

A couple of years ago, I had plans to see Booksmart in theatres with a friend. But before we were supposed to meet, my friend texted me, apologizing because something had come up. I had a choice: I could skip the movie and stay at home doing nothing, or head down there by myself.

I’d never gone to the theatre alone before; it felt embarrassing, like I was admitting I didn’t have any friends to come with me. But I was bored, and it was the last day the movie was showing.

I ended up laughing in a mostly empty theatre as Kaitlyn Dever and Beanie Feldstein did one ridiculous thing after another. Booksmart remains one of my favourite movies to this day – partly because of the plot, but also because every time I watch it, I feel like I’m back in that movie theatre, alone and carefree.

As an introvert, I’m usually happy staying in alone, but that day I realized that going out to do things solo can be just as enjoyable. So I started eating at restaurants and going to movies more often – all by myself.

Many of us are all too familiar with the stigma associated with doing things alone. A study in the Journal of Consumer Research found that people often underestimated how much fun they would have if they did things by themselves. When they did the activity solo, they usually enjoyed themselves just as much as they did when they went with friends.

The study concluded that we think we’ll have less fun on our own because we worry people will judge us. Sometimes we even stop ourselves from going out alone because we’re afraid others will think we’re “a loser.”

And I can’t help but feel that this is particularly true for women, who seem to be under a microscope for every choice we make. As Emma Balter writes in the Houston Chronicle: “Being alone is at the core of who I am. It shapes my actions and aspirations, my daily life and future desires. Does this sound sad to you? Chances are it does. And I don’t blame you. Society has painted being alone as an unfortunate circumstance. There’s a stigma, especially for women.” And author and social scientist Bella DePaulo, who has researched how we perceive single people, told Jen Doll for a Cosmopolitan article that “women in particular may feel safer” or less self-conscious when they’re with other people in public.

Take one example from Friends. There’s a deleted scene, available on the DVD version of the series, where Rachel is hesitant to go out to eat at a restaurant alone because she’s afraid she’ll be “on display.” Later on, she discovers how much she enjoys her own company, even turning down a date because she has plans with herself. But when the guy she’s interested in sees her in a restaurant on her own, we hear his internal monologue: “Yeah, you’ll be talking to me never because you’re a freak who eats alone.”

It’s worth noting, though, that in reality, people typically don’t judge us as much as we think they will. Studies show that we overestimate how interested people are in what we do – it’s called the spotlight effect. We’re so concerned with how others – who probably don’t even register us – see us that it starts to affect our actions.

But Rachel was right. There’s joy in doing things on our own. When I go book shopping by myself, I can take all the time I want to browse without worrying that I’m boring my companion. Reading while having a good cup of coffee in a café or sitting in a park listening to Carole King are some of my favourite pastimes, when I can stretch out the moment as long as I want. It’s freeing to be out in the world by myself.

Now that more businesses have opened up in Ontario, where I live, everyone is celebrating going out and spending time together again. And don’t get me wrong, I’m thrilled that I can see my friends and family in person. But I’m also looking forward to doing all the things I used to do – by myself.

I’ve been rewatching Derry Girls recently. Written by Lisa McGee, the series follows five high school students living in Derry during the Northern Ireland conflict. While the show depicts the violence of the time, it also revels in the hilarity of being a teenager. From trying to get out of a test by pretending they witnessed a divine apparition to sneaking out to a concert in Belfast when a polar bear is on the loose, these friends go from one escapade to another. The script is so brilliant that I laugh no matter how many times I’ve rewatched all the jokes. There are only two seasons on Netflix right now, and filming for the next season was delayed because of the pandemic. But McGee announced earlier this month that she’s “fine-tuning” the third season. In the meantime, you can catch me rewatching the show for the fifth time.

Amplify: A family camping tradition spearheaded by my grandmother
July 9, 2021 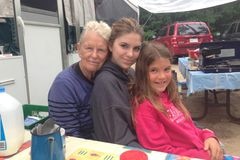 Amplify: A reckoning with my pre-pandemic size
June 30, 2021 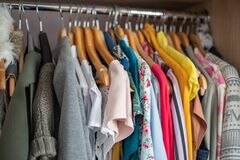 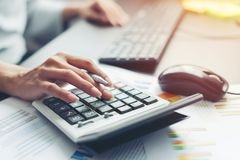