Living in a North American bubble of privilege, I was recently gobsmacked by a fact that anyone who works in or with the developing world has long known is true. Climate-change related weather events take a much greater toll on the lives of women than men.

Not only are women more likely to die – for instance in catastrophic flooding events, many of them don’t know how to swim, or in certain cultures, will not venture outside on their own, or partially dressed, and they become trapped – but they are also more vulnerable in the aftermath of a disaster as many do not have title to property or the means, such as jobs, to recover.

In the case of catastrophic desertification and other events that create food shortages, women will cut their own consumption ahead of other family members. And according to Laura Tuck, vice-president of sustainable development for the World Bank, recent water studies by the bank have shown that women’s and girls’ health declines more than that of men and boys during times of scarcity.

So realizing this is old news to those highly attuned to the developing world, I still think it bears repeating, especially because the mainstream media needs to do a better job of reporting on climate change overall, and its gender implications, in particular.

I’m Angela Murphy, The Globe and Mail’s Foreign News Editor. Last year I had an opportunity for a coffee and chat with some very dynamic women from the World Bank (including VP Sheila Redzepi) during which their commitment to climate-change strategies and gender parity shone through. As a mom and more recently a grandmother, I find myself dealing with gnawing climate-change anxiety and fears for the little guy’s future. So when I sat down to write about climate change, I decided to knock on the bank’s door again, this time in a phone interview with Tuck.

Laura Tuck started her career in development almost 40 years ago, working in agriculture in probably the driest place on Earth, the Sahel. During the drought of 1984 she bore witness to the effects on livelihoods and economies. But the experience underlined to her the need for preparation: “how can you build resilience in the natural resource base, and the kind of things you can do to help people adapt, have insurance-type mechanisms to cope and what can be done to mitigate the impact.”

The World Bank, whose raison d’être according to Tuck is to “reduce extreme poverty and boost shared prosperity,” recently announced it was doubling its five-year investment in climate-change projects to US$200-billion from 2021 to 2025.

Tuck has a surprisingly upbeat, can-do attitude. Bringing women into the mitigation process on the ground isn’t just good gender policy – it’s good policy. She cites community-based development programs in Philippines that are women-led. "The women, they come together with the community, and they do the planning and they bring everyone into the process and they decide what the best investments would be…it’s had an amazing impact,” Tuck says.

She also cites the case of Bangladesh, which has experienced even more catastrophic flooding than normal in recent years because of climate change – some of it caused by storm surges in the Bay of Bengal due to rapidly warming waters. By involving women in the flood recovery process – giving them the bullhorns to guide people to shelters and building gender-segregated safe spaces – Bangladesh has reduced the female mortality rates in floods. Instead of 14 women to one man, the rate is now five to one. (We don’t yet have statistics by gender on the toll of the recent catastrophic monsoons, but the torrential rains have killed more than 40 people, left more than 100 missing, and displaced at least 700,000.)

There is still clearly a lot of work to do as Bangladesh faces only more of the same in the future. The World Bank report Groundswell: Preparing for Internal Climate Migration (March 2018) says that sea surface temperature changes and sea-level rise, both caused by predicted temperature changes of between 2.6 C and 4.8 C by 2100, “will directly affect Bangladesh perhaps more than any other non-island nation.” The temperature changes will also increase the frequency and severity of tropical cyclones. The World Bank report notes that a one-metre combined sea-level rise and storm surge would lead to the loss of more than 4,800 square kilometres of land – roughly 3.2 per cent of the country.

Despite the alarming predictions, I left my conversation with Tuck feeling a little more hopeful. More women and girls are studying STEM than ever before. The burgeoning green economy may help provide some concrete solutions to the mess we are in as a planet.

Armed with my own concerns about nuclear power, I recently read, with some skepticism, Denise Balkissoon’s deeply researched piece on the upside of nuclear energy. It left me convinced that nuclear power may be part of the solution in a world that desperately needs to reduce carbon emissions. Also on my vacation, I picked up a book from the pile beside my nightstand. Although it’s a few years old, Japan 1941: Countdown to Infamy by Eri Hotta is probably even more compelling today than when it was published in 2013. It’s a chilling story of brinkmanship – the diplomatic tussles between Japanese statesmen and their American counterparts ahead of the attack on Pearl Harbour. In it, she describes Japanese officials mistaken belief that they needed to show the U.S. how strong Japan was by ignoring Roosevelt’s call to retreat from Indochina. The Japanese believed a power move in the region would lead to a better peace deal – it’s a disturbing correlation to how Iran appears to be dealing with the U.S. in the Gulf. 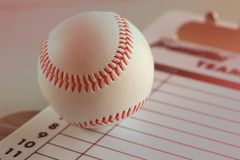 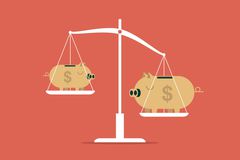 Amplify: How women in agriculture are changing the way people look at farmers – through Twitter
June 7, 2019 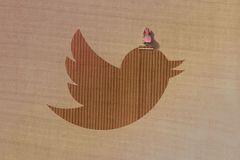