“I used to be a delightful person, you know,” I said half-jokingly to a friend recently. I was expecting her to protest, but instead she agreed. “Yeah, are you okay? You’re so grumpy these days,” she responded. We hadn’t known each other for long, but through our budding friendship, I was sure she’d seen glimpses of my former self – someone who was self-assured, patient and fun to be around. Instead, she acknowledged what I already feared: The delightful person I used to be was gone (most of the time, anyway).

This exchange brought me to an unsettling realization: I was severely sleep-deprived and it was really starting to show.

Like many people who don’t get enough sleep, I have a toddler, but my problems didn’t start there. They began slowly in my 20s. Middle-of-the-night wakings led my mind to endless to-dos, conversations from earlier in the day playing on repeat and curiosities that only seemed to pique in the stillness of the night. A few nights a week of broken sleep became a regular occurrence, and before I knew it, it was my new normal.

I spent years navigating solutions. From prescription sleeping pills to meditation to weighted blankets and white noise, I tried them all with varying degrees of success. Even my doctor couldn’t help me. After ruling out health concerns, she suggested the reason for my lack of shut-eye appeared to be in my head. Eventually, I just accepted my fate. This was just the way things were and would be – I’m simply a bad sleeper.

It may not come as a surprise that a large number of women share this unfortunate fate: According to a Statistics Canada survey, 55 per cent of women aged 18 to 64 "reported trouble going to sleep or staying asleep sometimes/most of the time/all of the time.” Yet, for some women, it’s practically a point of pride. One day, I walked in on a conversation between my female colleagues talking, almost boastfully, about how little sleep they got the night before. At first, I felt comforted, thinking I wasn’t alone. But then they became competitive. It got me thinking, why is it that so many of us, myself included, prioritize so many things above the most valuable activity of all for our physical and mental wellbeing?

Here’s the thing: We’re not doing ourselves any favours by glorifying lack of sleep. Somehow clocking enough sleep to feel rested and rejuvenated has become perceived as lazy. Elaine Welteroth nails it on the head in this New York Times article: “In ‘girlboss’ culture, we often wear harried lifestyles as a badge of honour, as if stress, anxiety and sleeplessness are prerequisites for success.” But as author and Huffington Post founder Arianna Huffington writes in The Sleep Revolution: “Properly appraised, our sleeping time is as valuable a commodity as the time we are awake. In fact, getting the right amount of sleep enhances the quality of every minute we spend with our eyes open.”

Take it from me: Huffington is right. Walking around in a sleepless state for years, I’ve ended up a much crankier, impatient person than I want to be. And with all the emphasis on self-care I see everywhere these days, I have to ask: Can we talk about bringing self-care back to the fundamentals and get some sleep already?

But how could I make that happen? Another book came to my rescue, James Clear’s Atomic Habits. He writes that many people form habits based on outcome and results. Instead, we should be “focusing on who we want to become.” Every day, you have the opportunity to “vote” for that person through daily habits. Eventually, there are enough votes to tip the scale toward this new identity.

I know it’s not going to always be easy. But good sleep isn’t my only motivation. I’m also voting to find my way back to being that delightful person, once again.

I’ve been eager to form a daily habit of 15-minutes of creativity – something that would fuel my right-brained curiosity or feed my artistic pursuits. It’s a small commitment that doesn’t interfere with my early bedtime, but has made space for me to find delight in the day-to-day hustle. I’ve been poring over the pages of Amy Merrick’s book, On Flowers: Lessons from an Accidental Florist – part-instructional, part-scrapbook, this collection of stories – which fosters reflection, inspiration and a completely intentional message around what it means to slow down, stop and smell the roses – is a joy to read. 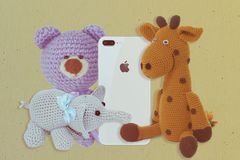 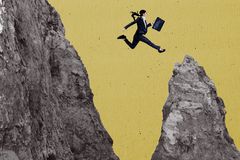 Amplify: My daughter’s mental-health crisis is forcing me to speak up
January 25, 2020 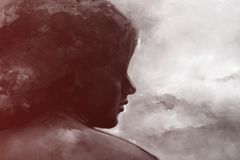