Elizabeth Renzetti is a columnist at The Globe and Mail.

In an attempt to make the time go faster, I’ve been rewatching all of Seinfeld. One episode struck particularly close to home: in it, Elaine Benes is so thoroughly repulsed by her coworkers’ constant cake celebrations that she calls in sick to avoid another gathering. Her colleagues decide to make her feel better – by presenting her with a cake. In true Seinfeld fashion, hilarity and malevolence ensue.

What I wouldn’t give for a work cake. A cheap, edible-oil-product, sugary work cake, and some colleagues to eat it with. And to gossip with later on, as we wipe crumbs from our chins. I’d like some coworkers I could turn to and say, “Is Mare ever going to leave Easttown?” or, “What’s with the Friends reunion? Why do all the women look cryogenically frozen while all the men look like they were beaten with time’s hammer?”

I need office gossip. Gossiping is so often understood to be something women do – but I’d argue we’re not alone in this. Men need office banter too. And we all need it now more than ever. I need small talk. I need to know if Bennifer is going to last this time. Because I was living in Germany before the pandemic began, I haven’t seen my Globe and Mail colleagues in person since the summer of 2019. It might surprise them to see that I’m slowly turning into Jeff Goldblum at the end of David Cronenberg’s The Fly. Or it might not; I feel like we’re all at the point of disintegration.

Working from home has been a godsend for many people. For others, it’s meant a blurring of work-life boundaries that has led to increased stress and a feeling of burnout. Many of us started to have dreams about Zoom screens coming to life. The benefits and disadvantages of our pandemic working habits will be debated for years to come, and we can’t yet know the consequences of a return to office life.

One thing has become clearer as this interminable year drags on: some people need human company and the idle chit-chat that it produces. Small talk is not just pleasurable, it’s useful for workplace dynamics and relationships. It’s like spin class for the social mind, and most of us are way out of shape.

Scholars have been looking into the utility of office chit-chat, and have found it does indeed serve a purpose beyond discovering who left that sandwich in the fridge for two weeks. Academics at University of California, Santa Cruz conducted research last year on what they call “reciprocity in conversation.” Essentially what they found is that colleagues enjoy tasks more when there’s a balance in the conversation, in the natural give-and-take that occurs during a face-to-face interaction. The best results occurred when “people collaborating on a task [made] time to incorporate small talk into their work.”

New research from Rutgers University confirms the benefits of casual interactions. In a study conducted before the pandemic, researchers at the School of Management and Labor Relations asked 150 people to document their encounters with their colleagues over a three-week period. “The impact was profound,” said Jessica Methot, the associate professor of human resources who led the study. “On days when employees made more small talk than usual, they reported feeling more energized, ‘seen’ and connected with their colleagues. At the end of the day, they felt less burned out and they were in a better mood.”

I personally would like to be seen by someone other than the three people who share my house – even if that means I have to wear pants with zippers and shoes with laces. I want to talk about the dumb things I bought on the weekend, the type of conversation that often meanders to somewhere important. It might lead to colleagues opening up to each other about their kids’ mental health, or their own struggles. Or it might just lead to a conversation about Bennifer. Nothing wrong with that.

Workplace gossip also serves the purpose of letting you really know what’s going on at head office. Official communications from a company’s leadership serve a role, but most workplaces require a team effort to understand their true meaning, in the way that Soviets of old would parse diktats from the Politburo. These in-person interactions are the very reason that offices have nooks, for huddling and decrypting.

If the word “huddling” causes you to have prickles down your spine, consider that many employers are hard at work figuring out how we can safely congregate again. Those measures include improved ventilation and air filtration, and spacing desks farther apart. You might still need to wear a mask when you meet in the corridors to discuss the latest celebrity romance. It’s okay, though. Bennifer may be fleeting, but work friends are forever.

We may think we’re enlightened on issues of mental health, but it’s still rare and brave for someone to speak up (and pay the price) as tennis player Naomi Osaka did when she opened up about her struggles with anxiety and depression. The world’s number two seeded women’s player said she wouldn’t take part in some news conferences at the French Open, and in the hubbub that followed decided to pull out of the tournament altogether. I’ve covered a lot of news conferences, and let me tell you, they are not fonts of wisdom and inspiration. In The New York Times, Kelli Maria Korducki wrote a very smart piece about how women are finally putting a limit on the energy and ambition they expend just to please and benefit others. Her conclusions don’t just apply to the world of championship tennis. 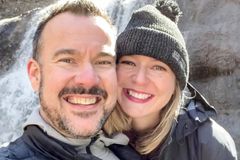 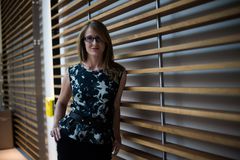 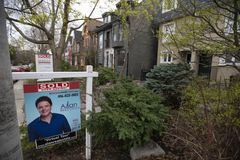