Elizabeth Renzetti is a columnist and feature writer at The Globe and Mail.

The new documentary Framing Britney Spears is, on some level, a horror film to rival The Shining. There are moments you can only watch with your hands over your eyes, as when Ed McMahon, the host of Star Search, tells 10-year-old Britney that she has “pretty, adorable” eyes and asks if she has a boyfriend. Britney responds that boys are mean, and it’s funny comeback, but also a little stab to the heart because the viewer knows what is in store for her.

Seven years later, Spears appeared on a Dutch talk show and host Ivo Niehe thought it was a good idea to say to the teenager, in front of a live audience, “Everyone’s been talking about it … your breasts.” The jump scares go on: Diane Sawyer asking Spears if she was faithful to Justin Timberlake. A reporter at a press conference asking if she’s a virgin. Matt Lauer asking if she’s a bad mom.

The implication is clear. As we watched Spears struggle with mental-health problems in public, we weren’t just spectators, we were participants. And by we I mean all of us – not just the paparazzi who chased her, but the people who bought the magazines and watched the news segments, and the journalists who badgered her and didn’t question their professional (and ethical) obligations while doing so.

This is a moment of reckoning for journalists and interviewers. Reporters are taught early on that they will have to ask difficult, probing questions of subjects, and hold them to account. That is absolutely vital when you’re interviewing public officials or politicians or business leaders who make decisions that affect the lives of millions. But what about when you’re interviewing Scarlett Johansson about her role in an Avengers movie – do you really have to ask her about her underwear?

That really happened. Johansson, rightly, shot back at the interviewer: “Since when did people start asking each other in interviews about their underwear?” More and more female celebrities are rejecting sexism in the questions they’re asked, whether it’s overt or implicit. If you dare to ask Rihanna what she’s looking for in a man, she’ll say: “I’m not looking for a man, let’s start there.” When the host of Dancing with the Stars asks Simone Biles why she isn’t smiling, she’ll wither you with her response: “Smiling doesn’t win gold medals.”

I recently taught a class in interviewing, and the research I did to prepare brought up some hard truths about the gross sexism that journalists and talk-show hosts have displayed over the years when interviewing women. Some of it was the relic of another age – Helen Mirren fending off Michael Parkinson’s suggestion that she couldn’t be a serious actress because her breasts were such a distraction, for example. That was in the dark ages of 1975. But what about David Letterman harassing Janet Jackson over her infamous “wardrobe malfunction” while she begged him to change the subject? Or any actress heading into a benefit for a serious cause being asked which designer she’s wearing? Or the otherwise wonderful and sensitive interview with Kim Novak in the Guardian last month, in which the interviewer asks how much the 88-year-old actress weighs?

The legacy of dumb questions – and yes, journalism students, there is such a thing as a dumb question – lives on in the pain that subjects feel. Recently, actress Mara Wilson wrote an op-ed in The New York Times about a horrible interview she’d experienced in 2000, when she was 13 (the interview ran in The Globe and Mail). The interviewer asked the young actress what she thought of pop music, to which Wilson responded that she “can’t stand” the kind of pop music that people like Spears produced.  But 21 years later, the adult Wilson is able to put that answer in the context of a culture that demeaned girls and pitted them against each other: “The way people talked about Britney Spears was terrifying to me then, and it still is now. Her story is a striking example of a phenomenon I’ve witnessed for years: Our culture builds these girls up just to destroy them.”

The lessons are there, on paper and on screen, for all of us to learn. I hope that Framing Britney Spears will be shown in journalism schools in the future: It’s that rare thing, a horror movie that’s also an education.

I’ve been watching the wonderful French series Call My Agent!, which does touch on the subjects of aging and sexism but is also just a delightful bit of escapism. It’s a doorway into another world – the hilarious and backbiting French film community – but also into a time that seems a hundred years ago. People hug and kiss, smoke and drink and flirt and hang out in restaurants. They wear beautifully cut clothes to work in an actual office. It’s like walking into a very entertaining time machine.

Editor’s note: March 6, 2021: An earlier version of this story incorrectly stated that the interviewer called Mara Wilson a “brat.” Further, Wilson did not say she hated Britney Spears, but rather she didn’t like her type of music. 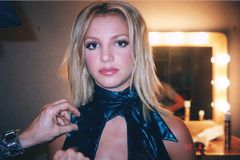 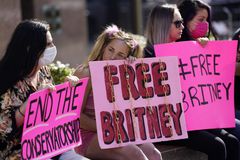