Breakthroughs in personalized medicine are helping people with blood-related cancers live longer, but death rates for lung cancer – the most common type diagnosed in Canada – remain stubbornly high, according to new statistics from the Canadian Cancer Society.

The organization published its yearly snapshot of cancer trends on Wednesday, which show that this year more than 220,000 Canadians are expected to be diagnosed with cancer. The most common types of cancer diagnosed are lung, breast and colorectal. Cancers with the highest death rates in 2019 are lung, colorectal and pancreatic, which knocked breast cancer into fourth place. About 82,100 Canadians are expected to die of cancer this year, according to the report.

In one of the good news stories from the statistics, the five-year survival rate for blood cancers has risen faster than survival rates for any other type of cancer in the past 20 years. Blood cancers make up about 10 per cent of cancer diagnoses.

Much of the gains are attributed to breakthroughs in personalized medicine, which involve treatments that are tailored to a person’s genes or other specific features of their type of cancer, said Leah Smith, senior manager of surveillance for the society. For blood-related cancers, these personalized treatments can include step cell transplants and immunotherapy.

But the picture for lung cancer, which has the highest incidence and mortality rate of all cancer types, is much more grim. About 29,300 Canadians are expected to be diagnosed with lung cancer this year and approximately 21,000 will die of the disease, according to the new report. While rates have decreased since the 1980s, largely because of big declines in the number of people who smoke, the disease remains common and deadly.

Renelle Myers, a respirologist at BC Cancer, said stigma has been a long-time barrier to progress in treating lung cancer. And many people with lung cancer face unfair treatment because of the assumption they were smokers and are to blame for getting the disease, she said.

“We still really struggle with the stigma,” Dr. Myers said.

But she said there have been many important developments that could help improve survival rates, including a screening test aimed at older smokers that helps detect the disease earlier.

Dr. Smith of the Canadian Cancer Society pointed to challenges in diagnosing and treating pancreatic cancer. While it is just the 12th most commonly diagnosed cancer, with 5,800 new cases expected in Canada this year, it will have the third-highest mortality rate of all cancer types, with an estimated 5,200 deaths, according to the report.

Dr. Smith said part of the reason is that public awareness about pancreatic cancer is quite low and many survivors of the disease are reluctant to speak about it. One of the first symptoms of pancreatic cancer is often jaundice, or yellowing of the skin or eyes. Other symptoms include upper abdomen or upper back pain, light-coloured stools that float in the toilet, unexplained weight loss and loss of appetite.

“Because of that low survival rate, it doesn’t get a lot of attention,” she said. “I think it’s hard to get pancreatic survivors to speak about their journey in the same way we sometimes get for other cancers.”

Excess weight could soon be Canada’s second leading preventable cause of cancer, report says
May 8, 2019
Canada’s plain-packaging rules for tobacco products the toughest in the world, health experts say
May 1, 2019 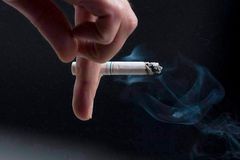 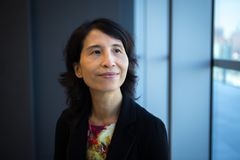