All 1,110 Canadian Starbucks stores will close their doors Monday afternoon as employees receive mandatory anti-bias training, a move prompted by an April incident in which a manager at a store in Philadelphia called the police on two black men who were sitting at a table waiting for a friend to join them before ordering.

The session is built around a series of videos developed to train American employees in May. In an open letter to customers, Starbucks Coffee Canada CEO Michael Conway wrote, “This conversation will continue and become part of how we train our partners going forward.”

Assigning this type of training – or related diversity, anti-oppression and cultural competency training – has caught on in education, policing and corporate environments, becoming an easy reaction to high-profile incidents of discrimination and a go-to sentence for badly-behaving employees. But does it actually achieve what it sets out to do?

Can watching a series of videos actually change the way a barista perceives black customers? Can a half-day workshop make a manager more likely to hire staff from marginalized communities? Can attending a seminar about Truth and Reconciliation make police less likely to profile Indigenous residents? Researchers are divided.

Three decades ago, American psychologist Patricia Devine laid the groundwork for the controversial concept of implicit bias: the idea that stereotypes can unconsciously influence the way we see and treat other people. She developed an intervention strategy to overcome that bias by using a range of tools, which include replacing negative stereotypes of a group with positive ones or seeking out interactions with individuals who are not part of one’s normal circle. Research suggests the intervention has effectively reduced bias among participants many weeks after training.

But in a paper published in the Harvard Business Review, sociologists Frank Dobbin and Alexandra Kalev point to other research on training meant to reduce discrimination. “This kind of force-feeding can activate bias rather than stamp it out,” they write, since mandatory training can evoke feelings of defensiveness in participants.

In Thunder Bay, Ont., a city grappling with systemic anti-Indigenous racism, a female volunteer who was recruited to facilitate Indigenous cross-cultural training for all city staff, including police officers, complained to CBC in 2016 that participants “verbally assaulted” her in the workshop, accusing her of fabricating statistics and dismissing her talk.

In response to accusations of racial profiling, police forces across the country have made some form of training that is meant to prevent discrimination part of standard training for new recruits.

Sergeant Chris Hrnchiar received such training more than three decades ago when he joined the Ottawa Police Service but remembers little of it. He faced disciplinary action in 2016 after he posted a racist comment on Facebook about Inuk artist Annie Pootoogook, whose death he was investigating after Ms. Pootoogook’s body was found in the Rideau River. He was demoted and required to participate in a two-day course about community development run by Indigenous and Northern Affairs Canada – training that he said was much more comprehensive than what he and colleagues typically receive.

Mr. Hrnchiar said it was his first time learning about the Sixties Scoop and residential schools, hearing from residential school survivors and participating in healing circles. The experience made him hungry to learn more about systemic racism against the Indigenous population in Canada and he began filling up his down time with reading and events.

“This is a lot of my own time,” he said, “I can’t just expect the police service to teach me all these things.”

His commitment to rehabilitation was so convincing that members of Ms. Pootoogook’s family have forgiven him and even befriended him.

He says training offered to new recruits has improved since his time, but he wonders about how little exposure to these things long-time veterans of the force have.

“They taught you how to use your gun a lot and defend yourself and drive and everything like that,” he said. “But if they spent half the time on some of the stuff they spend on now versus half the time on driver training, we’d be so much better off.”

I’ve never seen myself as racist, sexist, any of those things. But just because I’m not those, I never used the power I had to be an ally for those people.

In 2016, Ottawa police constable Daniel Montsion was charged with manslaughter in the death of Abdirahman Abdi, a black man, who was killed when police were called to a coffee shop to address a disturbance. The case drew much attention from media and activists, including Black Lives Matter, who were further enraged when several officers – who had undergone diversity training – were found to be wearing blue bracelets in support of the accused officer.

Renu Mandhane, the chief commissioner of the Ontario Human Rights Commission, says incidents like this reveal why diversity or anti-bias training cannot be the only measure taken by police forces to address these issues.

“We firmly believe that this needs to be coupled with change at a leadership level in terms of culture, organization, policies, practices and accountability,” she said. “Until we sort of marry anti-bias training with human-rights training and with very clear training on the limits imposed by the [Canadian Charter for Human Rights] and the [Ontario Human Rights Code], we probably won’t see the kind of outcomes that we want to see on the ground.”

Ilaneet Goren, director of workplace learning and development at the Toronto non-profit Harmony Movement, which offers training meant to combat discrimination in a corporate setting, shares the same philosophy.

She’s skeptical of what the takeaway would be for employees undergoing Starbucks’s training if they’re simply watching videos but not given the opportunity to apply lessons hands-on in the training environment, or if those lessons aren’t upheld when they return to work.

“If they’re not supported in the environment after the workshop when they go back to their roles [with] practices, reinforcement, check-in, follow-up, supervision, performance appraisal – if none of that is in place, the workshop is not going to be effective,” she said.

Rachael Lolua attended one of the Harmony Movement workshops at the start of June as part of training for a new position in social services in Toronto where she will be working with youth and adults from low-income, racialized communities. As she looked around the room at the dozen other trainees, she immediately felt self-conscious. Her last job was at a gym, where most colleagues and clients looked like her: white and upper-middle class. Now, for perhaps the first time in her life, she was the minority.

The training wasn’t composed of lectures from Muslim leaders or Indigenous elders, like what the Ottawa Police Service offered, but instead featured participant-led exercises and discussions.

What stayed with Ms. Lolua the most was a simple illustration often used to explain the difference between equality and equity. In the first image, meant to show equality, three individuals are standing on apple crates on one side of a fence, trying to watch a baseball game on the other side but because they’re of different heights, only one has a clear, comfortable view. In the equity image, the tallest person stands without a crate, the middle one on one crate and the shortest on two crates – all three have similar views of the game. For the first time, she says, she understood that offering the same things to a range of individuals did not guarantee equity.

“I’ve never seen myself as racist, sexist, any of those things,” Ms. Lolua said, reflecting on the training a week later. “But just because I’m not those, I never used the power I had to be an ally for those people.”

Opinion
The intolerance industry is working overtime in Canada
April 3, 2018 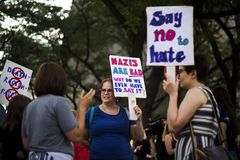 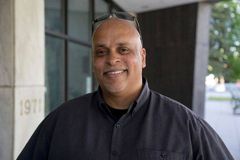