A recent homily by the head of Canadian Catholic bishops is sparking anger, after he implied that the church is being persecuted amid widespread attention to gravesite discoveries at residential schools.

On Sunday, three days after an announcement that a preliminary search with ground-penetrating radar had found 751 unmarked graves at the site of a former Catholic-run residential school in Saskatchewan, Archbishop Richard Gagnon delivered a homily in Brandon, Man. He said in his address that residential schools are “a big thing right now in Canada and I know that we Catholics, we’re troubled, we’re hurt by this a lot in our hearts.”

Archbishop Gagnon is the president of the Canadian Conference of Catholic Bishops, and the archbishop of Winnipeg. He said that in his role he is getting “bombarded a lot,” and that in dealing with the media, he’s noticing “a lot of blame, a lot of accusations, a lot of exaggerations, a lot of false ideas.”

Archbishop Richard Gagnon: ‘The Holy Father will respond in an appropriate way’

The homily was livestreamed online and posted on YouTube by the Archdiocese of Winnipeg.

The archbishop’s comments drew ire from Indigenous communities. “It’s very hard for me to articulate how outraged, disappointed, angry I am, to hear anybody in his position, given what’s happened, talk about feeling that the church in any way is being persecuted,” said Maurice Switzer, a citizen of the Mississaugas of Alderville First Nation who serves on the Indigenous Reconciliation Advisory Group of the Ontario Human Rights Commission.

“To me, this just speaks to systemic racism at the highest levels of our society – that anybody, in the wake of what’s being found out, would in any way suggest that they are a victim, given what’s transpired.”

Many in the Catholic community have also been dismayed. George Valin, a retired Ontario Superior Court judge, is one of them.

“Extremely disappointed. Sad. Offended. Embarrassed,” he said, of his reaction to the archbishop’s homily.

The Globe asked the Canadian Conference of Catholic Bishops on Friday if it or Archbishop Gagnon had any further comment about the homily or recent events, and received no reply.

Recent announcements about radar detection of more than 1,000 unmarked graves at or near former residential school sites have triggered grief and outrage across the country. Much of the anger has been directed at the Catholic Church, which ran the majority of Canada’s residential schools, including the two in B.C. and one in Saskatchewan where the discoveries were made.

In the past two weeks, in several provinces, churches have burned in fires that authorities are investigating as suspicious.

From the 1870s to 1996, when the last residential school closed, more than 150,000 First Nations, Métis and Inuit children were forcibly removed from their families, and placed in a system designed to strip them of their language and culture. The National Centre for Truth and Reconciliation has documented 4,117 children’s deaths at the schools, and estimates there were thousands more.

The Catholic Church ran about 60 per cent of the schools. Some bishops at the local level have apologized, as have the heads of some religious orders. Unlike the Anglican, United and Presbyterian churches, however, the Catholic Church’s leader, the Pope, has still not issued a formal, public apology.

One of the Truth and Reconciliation Commission’s calls to action in 2015 was for the Pope to come to Canada to issue an apology for the Catholic Church’s role in the “spiritual, cultural, emotional, physical and sexual abuse” of children in the schools.

In 2018, Pope Francis said that after “extensive” dialogue with the bishops of Canada, he felt he could not personally respond. A delegation of Indigenous leaders is set to meet with the Pope in December. They plan to ask him to come to Canada to apologize.

In a June 21 interview with Archbishop Gagnon, The Globe and Mail asked him if the Conference will invite the Pope to come to Canada to apologize. The archbishop did not commit to making the request. 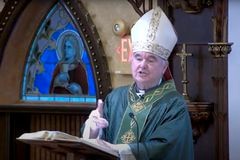 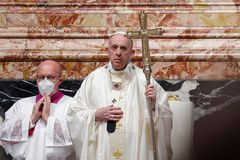 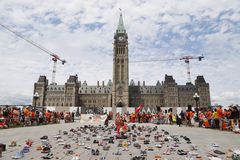