The head of bishops in this country won’t commit his organization to asking Pope Francis to apologize over the Catholic Church’s role in running residential schools, nor will he commit to directing individual Catholic entities to turn over outstanding records that could aid with the identification of unmarked graves.

The president of the Canadian Conference of Catholic Bishops, Archbishop Richard Gagnon, in a recent interview with The Globe and Mail, said the Pope has his own process and the CCCB doesn’t tell him what to say. He focused his comments on a delegation in December of Indigenous leaders set to visit the Vatican.

He said he is hopeful that the Pope will respond appropriately to their message. When asked numerous times whether the CCCB itself would directly issue an invitation for the Pope to come to Canada to apologize – one of the Truth and Reconciliation Commission’s calls to action issued more than five years ago – Archbishop Gagnon would not commit to doing so.

The interview took place last week, before the discovery of unmarked graves at the site of a former residential school in Saskatchewan. This week, The Globe asked the CCCB if the president wished to add anything further, but it did not reply to that inquiry.

Transcript: Archbishop Richard Gagnon - ‘The Holy Father will respond in an appropriate way’

The Catholic Church’s role in Canada’s residential schools has touched off growing fury, within the Catholic community and beyond, over church leadership responses. The anger has intensified in recent weeks after announcements by Tk’emlúps te Secwépemc Nation in British Columbia and Cowessess First Nation in Saskatchewan of the discovery of nearly 1,000 unmarked graves on the grounds of former residential schools. In the Cowessess case, it is still unknown how many of the graves are of children and how many of adults.

This past Sunday, in a homily delivered in Brandon, Man., three days after the announcement concerning the unmarked graves found at a Catholic-run school in Saskatchewan, Archbishop Gagnon said residential schools are “a big thing right now in Canada and I know that we Catholics we’re troubled, we’re hurt by this a lot in our hearts.”

“Now because of ignorance, because of ill-will, I don’t know. But God will bring good from all this,” he said, adding that God can bring healing and salvation.

The Catholic Church has faced criticism on a number of fronts: Unlike the Anglican, United and Presbyterian churches, its leader has still not issued a formal, public apology. Some Catholic entities did not share historic records with the Truth and Reconciliation Commission (TRC) related to the schools. The church also failed to raise $25-million for healing and reconciliation programs for school survivors, as part of a “best-efforts” fundraising campaign. The campaign instead raised just $3.7-million.

Catholic entities ran the majority of residential schools, which saw 150,000 children taken from their families in a system designed to strip them of their language and culture. Thousands died and the TRC described what took place at residential schools as a form of “cultural genocide.”

“The Pope has not said he would not come to Canada at an opportune time,” Archbishop Gagnon said in the interview with The Globe. “This particular encounter in Rome is very important in establishing relationships here, and (about) what the Indigenous people have to say, the Pope responding to them appropriately,” he said, adding that post-delegation plans have “not been fine tuned yet.”

That’s not enough for residential-school survivor Gerry Shingoose. She endured blows and punches to the head at the residential school she attended in Saskatchewan from 1962 to 1971. She still suffers from a hearing loss, and has lingering body pain, as a result.

Earlier this month, she spent 10 hours waiting outside in Winnipeg for a chance to deliver a message to Archbishop Gagnon: The Pope needs to come to Canada, on the soil where the children were buried, and apologize for the church’s wrongdoings, she said to The Globe. Children are sacred, she added, and there needs to be justice and accountability, and also criminal investigations into their deaths. She came away disappointed.

“He came prepared, and he came rehearsed. I don’t think he was sincere. I’m sharing my tears with him right there and he doesn’t see that, or even acknowledge that,” she said, her voice breaking over the memory of the June 4 meeting.

The Globe and Mail requested an interview with Pope Francis, which was declined.

The CCCB, the national assembly of bishops in Canada, founded in 1943, said it had been preparing to sponsor a delegation of Indigenous representatives to meet with the Pope for more than two years. The pandemic stalled the effort, however. In a statement Tuesday, the bishops said the delegation will take place from Dec. 17 to Dec. 20 of this year, if travel restrictions permit. The delegation would involve leaders from the Assembly of First Nations, Métis National Council and Inuit Tapiriit Kanatami, along with survivors and about four bishops.

The church has come under fire for a perceived lack of transparency. Some Catholic entities failed to disclose records related to the schools to the TRC, Indigenous leaders and researchers have said, documents that could shed light on the circumstances of the children’s living conditions, and deaths.

On the sharing of historical records, Archbishop Gagnon said dioceses had already turned over records, and that it was up to the TRC, and now the National Centre for Truth and Reconciliation, to approach each individual entity for records. He said the CCCB is not in a position to order all Catholic entities to share all residential-school documents, and that though it encourages them to share records, it doesn’t tell dioceses what to do.

“There seems to be a reluctance to actually work with these individual entities to see what further is needed and how we can solve the problem, if there is any. So I think that’s what I would advise.”

The TRC has said proactive disclosure was lacking, and that some key records were promised but never delivered.

The CCCB stresses that the Catholic community in Canada has a decentralized structure, with each diocesan bishop autonomous in his diocese and not accountable to the CCCB. Its website says that about 16 of 70 dioceses in Canada were associated with residential schools, along with about three dozen Catholic religious orders.

“Each diocese and religious community is corporately and legally responsible for its own actions,” it notes. “The Catholic Church as a whole in Canada was not associated with the residential schools, nor was the Canadian Conference of Catholic Bishops.”

Some prominent scholars in the Catholic community say a more substantive, national response over the church’s role in running the schools is entirely possible, if the will is there.

“If there is collective resolve, if there’s a strong commitment that this is a national and not uniquely diocesan issue, they can rally the support,” said Michael Higgins, professor emeritus of Catholic thought at Sacred Heart University in Fairfield, Conn. He believes that significant divisions within the Catholic hierarchy, along with concerns over potential liability, may be factors in the muted response.

“It is a national issue, given that it’s seared into the moral conscience of the country,” said Prof. Higgins, who is based in Vancouver.

The bishops have spoken forcefully, and collectively, before on social issues. In the 1970s and 80s, for example, the bishops would regularly make statements on social-justice issues on Labour Day, notes Peter Bisson, assistant to the Jesuit provincial for justice, ecology and Indigenous relations.

“There is a groundswell of expectation for a stronger collective leadership, a collective apology and an invitation to the Pope, among Catholics,” he said. “Of course, there’s always going to be a difference of opinion. I’m sure there is. But what I’m seeing now, mostly, is certainly that kind of desire. And hope and a certain frustration too because I know that many people have been writing to bishops.”

Petitions and open letters are circulating, calling on the CCCB to invite the Pope to apologize.

Responses so far have been “inadequate,” said George Valin, a retired judge on the Ontario Superior Court of Justice and a Catholic, who started one of the petitions that now has more than 35,000 signatures. 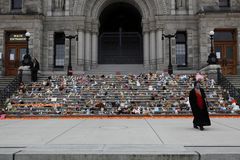 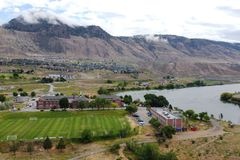 Opinion
Why I’ve accepted an honorary doctorate from a school named after Egerton Ryerson
June 15, 2021 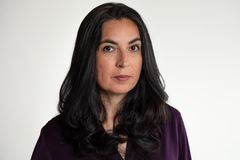