Banks Island, a nearly Ireland-sized slice of Canada’s High Arctic, is not just warming up. It’s turning to mush.

The evidence is there for anyone to see, scientists say, thanks to the web-based app Google Earth Engine, which offers time-lapse views of the globe, as seen through the eyes of remote sensing satellites, from 1984 onward. When trained on Banks Island, those views reveal a terrain in the throes of a rapid transformation, as permafrost – ground that has been continuously frozen for thousands of years – softens and collapses into a slurry of mud and gravel as the years speed by.

The results are consistent with earlier, more localized studies and with climate models that predict that the Arctic will feel the effects of climate change more dramatically and more quickly than will the planet as a whole.

They also square with reports from residents of Sachs Harbour, an Inuvialuit community and the only permanent settlement on Banks Island

“Our analyses totally back them up,” said Antoni Lewkowicz, a professor of geography at the University of Ottawa and lead author of a study documenting the findings. The study was published Tuesday in the journal Nature Communications.

In hard numbers, the satellite data reveal that the rate of landslides on Banks island has increased 60-fold during the past three decades. To date, that change corresponds to a loss of roughly 100 million tonnes of ice that was previously locked in place as a relic from the last ice age.

Significantly, the loss was not gradual, but, rather, concentrated in sharp spikes following on the heels of unusually warm summers that occurred in 1998 and a three-year stretch in 2010, 2011 and 2012. This suggests that the ground stability in many areas of the High Arctic is closely coupled to the local climate and may weaken rapidly when temperatures reach a critical threshold.

“We now have a very clear linkage, not just with general climate change, but with warm summers and reactions in the permafrost landscape,” Dr. Lewkowicz said.

Banks Island lies at the western end of Canada’s Arctic Archipelago and is part of the Northwest Territories. The island was chosen for the study, in part, because data collected there during field expeditions helped researchers interpret the satellite images.

Dr. Lewkowicz launched the study two years ago as an exercise for his fourth-year geography class. Working with Google Earth Engine, students in the class went, year by year, through the satellite images and carefully pinpointed areas on Banks Island where the terrain appears to have undergone a “retrogressive thaw slump” – the technical term for a landslide triggered by a loss of permafrost.

According to the data, the landslides are most frequent at slopes along the east- and south-facing coasts of the island, where ground ice is abundant. But over the years, active areas have increasingly shifted farther inland, along lakes and stream beds, and anywhere else that newly thawed ground can move downslope.

The Ottawa study projects that, even under a modest version of climate change, the number of active areas on the island will more than double by the end of the century.

The changes may carry implications for freshwater ecosystems on the island. A close scrutiny of the satellite images revealed that some 250 small lakes on the island have changed colour from blue to turquoise because of fine silt discharging into the water from melting permafrost runoff.

Steve Kokelj, a permafrost scientist with the territorial government, who was not involved with the study, said the findings illustrate how the effects of global warming may show up more dramatically in colder, more northerly locations, relative to the Arctic’s southern fringe.

“It tells us that these parts of Banks Island and other parts of the Canadian Arctic are going to change dramatically in our lifespans,” he said. “It’s important to define where those areas are and to understand the downstream effects ... through aquatic systems and communities.”

Meanwhile, Dr. Lewkowicz said he has another class performing similar work and coming up with similar results on neighboring Victoria Island.

Although Google Earth Engine has been available to anyone with access to the web since it was launched in 2010, the use of the app as a tool for systematically studying changes in the Canadian Arctic is new.

“It’s telling us things we couldn’t have found out in any other way,” Dr. Lewkowicz said. 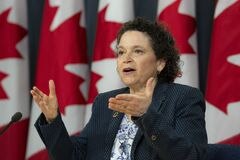 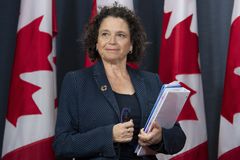 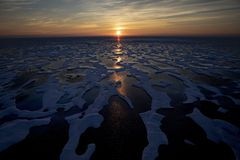 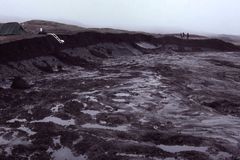