RCMP Commissioner Brenda Lucki has confirmed that Cameron Ortis, a civilian member of the national police force who was charged last week in relation to an alleged security breach, had access to high-level intelligence from Canadian and foreign agencies.

“We are aware of the potential risk to agency operations of our partners in Canada and abroad and we thank them for their continued collaboration. We assure you that mitigation strategies are being put in place as required,” she said in a statement Monday.

Mr. Ortis, 47, was director general of the RCMP’s national intelligence co-ordination centre. He faces charges under the Security of Information Act and the Criminal Code in relation to alleged infractions between 2015 and 2019.

Commissioner Lucki said the charges “have shaken many people through the RCMP.”

She said she was limited in what she could say because the matter is before the courts, but she confirmed Mr. Ortis’s wide access to confidential information. He has worked for the RCMP since 2007, including in operations research and national security criminal investigations.

All government departments involved in national security are carrying out a review to determine if secret information had been shared with Mr. Ortis, according to a senior government official. Those departments include Global Affairs, National Defence, Public Safety, the Privy Council and the Canadian Security Intelligence Service [CSIS]. The Globe and Mail is keeping the official’s name confidential because the individual was not allowed to speak publicly about the alleged security breach.

According to documents filed in court, Mr. Ortis is charged with obtaining and preparing information for the purpose of communication with a foreign entity or terrorist group, as well as communicating or confirming “special operational information” to an unspecified entity or individual. He is also charged under the Criminal Code with breach of trust. 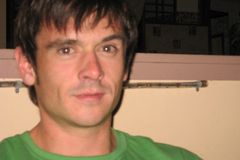