When Dikembe Mutombo learned the Ebola virus had returned to his native country, he felt compelled to help government and international response workers reach out to his compatriots. Some continue to believe Ebola is not a disease, but a curse – a myth that Mr. Mutombo said he wants to dispel.

So, the retired NBA star and philanthropist approached the U.S. Centres for Disease Control and Prevention (CDC) and offered to lend his fame and reputation to inform people in the Democratic Republic of the Congo of the real threat of the disease.

Mr. Mutombo, who was in Toronto this week visiting relatives, filmed a new public service announcement for the CDC, encouraging people to take steps to control the spread of the virus.

More than 2,100 people have been infected and at least 1,400 have died in the current Ebola epidemic that began in the province of North Kivu in 2018, according to the latest numbers from the World Health Organization. It is now considered the largest outbreak in the country and the second largest ever recorded.

An earlier 2018 Ebola outbreak in the northwest of the Congo was quickly stopped because people there heeded government calls to visit treatment centres, Mr. Mutombo said. But he explained the current epidemic is affecting a region where people are distrustful and suspicious of government and international workers because of decades of conflict.

Mr. Mutombo, who was born in the capital city Kinshasa, had intended to become a doctor before attracting the attention of NBA scouts. He now promotes health care in the Congo through his Dikembe Mutombo Foundation.

During his visit to Toronto, he spoke with The Globe about the Ebola crisis, his Canadian nephew Mfiondu Kabengele, who was recently drafted to play for the Los Angeles Clippers, and the fervour of Toronto Raptors fans:

What can you do to address people’s distrust of Ebola responders?

I’m the son of Congo. I was born and raised there. I know the culture. Those are my people. I know them; they know me. They saw me growing up to become the Dikembe Mutombo that I am today.

How can you engage with communities that have experienced decades of conflict and neglect?

Talk to them. No matter what the circumstance, education remains the key.

What advice have you given your nephew about playing in the NBA?

He came to my house two days before the draft. I’m just so proud of him.

You can tell from my [flat] stomach. I don’t drink, I don’t smoke. I eat a lot of oatmeal, egg whites. I eat a lot of fish, chicken. I eat meat maybe once a month. These are the things I’m teaching him. Eat a lot of bananas to get fibre, fruit, all that stuff. And I continue to exercise. Swimming is good for you.

You have three children. Do you ever do your famous finger wag at them?

Since you’re on Raptors turf, what would you do if you were in Kawhi Leonard’s shoes? Would you stay in Toronto?

Toronto has got so much to offer. It’s multicultural. The fans are amazing. Toronto showed the world it has the best fans. No stadium comes close where you have 20,000 people inside, and maybe a million standing outside, rain or no rain. I’ve played for 18 years. I’ve never seen that. It’s crazy.

So, if you were in Kawhi’s position?

You just won a championship with the team. Why not stay? They show you love. Ebola outbreak an ‘extraordinary event’ of deep concern, but not a global emergency: WHO
June 14, 2019 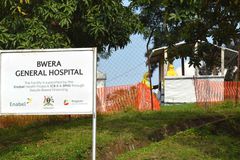