Gelareh Zadeh speaks about the first time she observed a brain operation the same way one might describe discovering a precious jewel. As a medical student in the early 1990s, she recalls being mesmerized by a skillful neurosurgeon delicately working on the unruly snarl of blood vessels of an arteriovenous malformation.

“It was so tantalizing,” she says, explaining how the experience put her on the path to choosing it as her specialty. “Technically, it’s really a beautiful field.”

A mentor sealed it for her. “He said to me: ‘We need more women in this field. We need to have a kinder field and we need more gentle people – and you need to go into neurosurgery.’ ”

Almost three decades later, Zadeh is shaping the future of the medical specialty in this country. On Sept. 1, she steps into the role of the Dan family chair of neurosurgery at the University of Toronto, becoming the first woman to helm one of the largest neurosurgical programs in the world and the first female neurosurgery chair in Canada.

During her 10-year term, an important part of her job will be to steer the training of the next generation of neurosurgeons and to manage the three dozen or so who hold positions at the university and work across four hospitals in the city.

The number of women in the field is growing but is nowhere near closing the gender gap. While the ratio of women to men is roughly equal in some medical specialties, such as pediatric general surgery or infectious diseases, men far outnumber women in neurosurgery. According to 2018 data from the Canadian Medical Association, only 37 of 333 neurosurgeons in Canada were women.

Zadeh says her intention was not primarily to become a role model for women. Nevertheless, she recognizes that her appointment sends a signal to students and the medical community that diversity is fostered and promoted at the university.

Just as importantly, she says, it sends the message that individuals can approach this field and profession with their own vision.

“It doesn’t have to be what historically has always been perceived to be the ‘white middle-aged guy’ who can do this job,” she says.

Pandemic aside, 2020 has so far been an auspicious year for Zadeh. In January, she gave birth to her second child with husband Randall Strank, a physician. In the spring she added another new title, division head of neurosurgery at University Health Network, to her list of appointments, which also include medical director of the Krembil Brain Institute, senior scientist at Princess Margaret Cancer Centre and president of the Society for Neuro-Oncology.

This summer, she and her team published a study in Nature Medicine demonstrating the potential of a simple blood test to diagnose and classify brain tumours. The implications could be enormous, she explains, as it could mean avoiding the invasive brain procedure of having to biopsy tumours.

Yet Zadeh, who was born in Iran, says her life could have turned out very differently had her family not immigrated to Canada.

As the only child of an economist father and nuclear chemist mother, she spent several years of her childhood in England, where her mother was studying, before returning to Iran just as the Iranian Revolution erupted. She has stark memories of the unrest and the war with Iraq that followed – of bombs, shootings and people being stoned to death near her school.

Escaping the strife was “just pure luck,” she says. “Sometimes I think you need a bit of luck in life to change the course of your life.”

A scholarship allowed her mother to bring her family back to England on a one-year visa, where they applied to immigrate to Canada, one of the few countries at the time that was accepting Iranian immigrants. The family arrived in Winnipeg on an icy Boxing Day in 1988.

Her excellence in clinical practice, research, teaching and administrative leadership make her “eminently suited for and capable” of taking on the role of neurosurgery chair, said James Rutka, who held the position from 1999 to 2010. Currently the department chair of surgery at the University of Toronto, Rutka led the search committee to fill the role. Zadeh beat out stiff competition from across North America, he said.

For female neurosurgeons she has mentored, now working in Canada and beyond, Zadeh has already helped create a kinder, gentler field.

“She sets a high expectation and then inspires people to rise to it,” said Karolyn Au, assistant professor of neurosurgery at the University of Alberta.

In Jakarta, Selfy Oswari is applying what she learned as a clinical fellow in Toronto to her work at the Indonesia National Brain Centre.

“It’s not an easy process and it’s very tiring. But when I remember Dr. Zadeh’s dedication, hard work and determination, it helps me refocus on my purpose,” Oswari said. “I hope some day I can become a good mentor like her.” 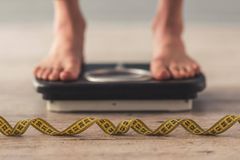