Forest fires like the ones currently burning in Ontario can have long-term impacts on the environment, experts say, noting that increasingly warmer and drier weather conditions are making such blazes more common.

As of Sunday, there were 127 fires burning in the province, according to the Ministry of Natural Resources and Forestry. One of the fires, dubbed Parry Sound 33, is more than 110 square kilometres in size and has prompted evacuations in some communities.

“We are seeing the manifestation of climate change happening in real form right now,” said Blair Feltmate, head of the Intact Centre on Climate Adaptation at the University of Waterloo. “It is bad now and it is only going to get worse.”

Severe forest fires like Parry Sound 33, which has been burning in northeastern Ontario since July 18, can potentially burn off all the vegetation and organic soil in an area, leaving only ashes and rocks, one expert said.

“What I think is happening now (with Parry Sound 33) is that this is a pretty intense fire that is combusting away almost all signs of life in at least some of the areas in that fire perimeter,” said Merritt Turetsky, a University of Guelph professor and ecosystem ecologist.

Such fires in peat-rich areas can also burn away the ground around charred trees that remain standing, she said.

“Nothing is holding these trees on the ground anymore. A big gust of wind and they fall right off,” Turetsky said, noting that the situation could pose a hazard for residents moving back into their homes after a forest fire.

The way in which forest fires burn the ground has also changed in recent years, said Turetsky, noting that in the past, fires left patches of surviving vegetation and organic matter behind.

“Now when we go in and survey these severely burned plots, we literally feel like we are walking on the moon,” she said. “This is a totally different ball game for the vegetation to re-vegetate.”

Severely burned ground can lead to soil erosion, which then causes other issues, said Feltmate.

“When large precipitation occurs, trees are usually there to intervene between the water and the ground, so the water only sort of sprinkles onto the ground,” he said. “But when the trees have been removed, raindrops hit the ground at maximum speed and it can create a large-scale erosion.”

When such erosion occurs, soil and ashes can flow into water systems and that potentially “knocks out the habitat” for insects that live in the area, said Feltmate.

The severity with which forest fires are burning in areas that have peat or organic soil, which are typically wet, is concerning, said James Michael Waddington, a McMaster University professor who has studied wildfires for over a decade.

“Several decades of fire suppression combined with unprecedented dry conditions fuelled by climate change means that peat is burning more often,” said Waddington, who added that the more severe the burning of the peat, the greater the resources and time required to fight the fire.

Forest fires could also have an effect on drinking water if materials that pose a health concern make their way into a groundwater supply, according to a team of researchers in Alberta that is studying the issue.

While not all forest fires have a large impact on drinking water, the matter is one that calls for further examination, said Monica Emelko, who is part of the research team for the Southern Rockies Watershed Project.

“If materials that are a health concern after a fire make their way into a groundwater supply, we might not catch that for a while giving our monitoring strategies,” she said.

Experts note, however, that forest fires have occurred for centuries and some types of vegetation benefit from the blazes. But, Turetsky said, “the natural fire regime of wildfire is being tossed out of the window.”

Communities in forested regions should deploy fire protection programs that use education, emergency planning, training and more to deal with the threat of wildfires, she said.

“If we don’t think about our interaction with wildfires, we will see more and more mortality because I don’t think we can keep people and wildfires away from each other.” 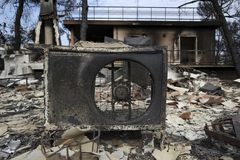 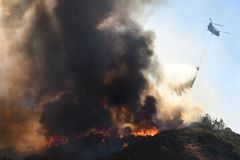