A Nova Scotia clinic that specializes in the treatment of post-traumatic stress disorder for soldiers and veterans has been operating for months without any psychologists – a situation that the head of the province’s psychologists’ association says could lead to delays in diagnosis and stymie veterans from getting help.

“They’re just not getting the assessment and treatment,” said Jeannette Kennedy, president of the Association of Psychologists of Nova Scotia, adding that delays can lead to additional suffering, isolation and strain on families. “The sooner you can do intervention the better."

The staffing issues at the Nova Scotia Operational Stress Injury Clinic, which is run by the province and funded by Veterans Affairs, highlight a variety of challenges soldiers face when trying to access mental health services in the province, veterans advocates say.

The concerns are being raised just as the provincial government is set to begin its long-awaited fatality inquiry into a triple-murder suicide involving retired Canadian Army Corporal Lionel Desmond and his family.

The inquiry, scheduled to begin Monday, will examine whether the former infantryman with the 2nd Battalion of the Royal Canadian Regiment based in CFB Gagetown, N.B., and his family had access to appropriate mental-health care and domestic-violence intervention services from various public agencies he had sought help from, including the Nova Scotia Health Authority (NSHA) and Veterans Affairs. Mr. Desmond attended an in-patient operational stress injury clinic in Montreal for a few months in the summer of 2016.

Mr. Desmond, a 33-year-old Afghanistan war veteran who had been released from the military 18 months earlier, was struggling with severe post-traumatic stress disorder and depression when he shot and killed his wife Shanna, 10-year-old daughter Aaliyah, his mother Brenda and himself in Upper Big Tracadie, N.S., in January, 2017. He had been struggling to navigate getting help from Veterans Affairs as he transitioned from military to civilian life.

A network of 11 Operational Stress Injury clinics set up across the country by Veterans Affairs around the time of the Afghanistan War to support soldiers, veterans and former RCMP facing PTSD was meant to streamline care. The clinics are meant to be staffed with psychiatrists, psychologists, social workers and mental health nurses, but many are understaffed: Centres in Ontario and Quebec are also searching for full- or part-time psychologists.

Peter Stoffer, long-time veterans’ advocate and former MP says bureaucratic red tape and staffing challenges have prevented the clinics from being as effective as they were heralded. “Veterans, in many cases, raise their hands in disgust: ‘I’m not gonna fight this any more. I can’t deal with this,’” he said. “In the case of Lionel Desmond, if he had gotten all the support systems he required in a timely fashion, is it possible that tragedy could’ve been averted?"

To get in to the OSI clinic, a referral must be first made through Veterans Affairs, and then, in Nova Scotia, it takes up to two weeks to hear from the clinic. After that, the wait to see a psychiatrist is up to three months, according to data provided by the NSHA from April to June, 2019.

The OSI clinic in Dartmouth, which is the only one in Nova Scotia and one of only two in the Atlantic Provinces, currently has two psychiatrists on staff, and is trying to recruit one or two more. Psychologists do diagnostic testing and assessment and treat mental-health challenges as part of a team approach.

Without psychologists, patients could be missing more in-depth assessment, Ms. Kennedy said. Psychologists also diagnose additional conditions such as bipolar disorder and major depression, assess symptom severity, and detect over- or under-reporting, she added. “This information is vital for treatment plans and interventions including timing, level of care required, and treatment needs specific to each individual.”

And while clinical psychologists and psychiatrists are both trained to diagnose post-traumatic stress disorder, clients can often see a psychologist in a more timely manner.

The Nova Scotia OSI clinic has been operating without any of the three full-time and one part-time clinical psychologists it requires, including a clinical team leader. The clinic said it has been trying to recruit since September.

Roland Lawless, a Nova Scotia veteran who’s been advocating for other veterans for 15 years, says veterans have given up on the OSI clinic in Dartmouth because they feel it’s inaccessible. “It’s too hard to get into,” said Mr. Lawless about veterans needing a referral from Veterans Affairs in order to make an appointment.

A NSHA spokesperson said a new psychologist has been hired and will start in the fall and other psychologists are being actively recruited.

“Our inter-professional team at the Nova Scotia Operational Stress Injury Clinic is composed of clinicians who are trained to provide psychotherapy and other interventions to support adults living with an operational stress injury, including PTSD,” said spokesperson Carla Adams of NSHA, which operates the OSI clinic in Dartmouth.

In Montreal, Ste. Anne Operational Stress Injury Clinic is trying to fill three full-time and one part-time vacancies for clinical psychologists. A spokesperson said recruitment “is an ongoing challenge, particularly given the specificities of post-traumatic stress disorders.” The Royal, Ottawa’s OSI clinic, is currently searching for two full-time and one part-time psychologists, as well as one temporary full-time position in Kingston and one temporary part-time position in Arnprior, the clinic’s satellite sites.

A Veterans Affairs spokesman said a growing shortage of mental health professionals, especially psychologists and psychiatrists, has affected the retention and recruitment efforts at all OSI clinics. But, he said, the situation has been mitigated by more funding for recruitment and specialized training for other types of mental health professionals, and by integrating community service providers into the clinic’s interdisciplinary team. Recruitment efforts have also been extended outside the country.

“The situation in the Dartmouth OSI Clinic is unique,” wrote Marc Lescoutre in a statement. “All other OSI clinics have at least one psychologist on file.”

Veterans can also access a psychologist or psychiatrist working in private practice that can bill Veterans Affairs for the service. There are 4,000 working in communities across the country, including 200 in Nova Scotia. Veterans Affairs also has a 24-hour mental health help line.

Mr. Stoffer said it’s not surprising the Nova Scotia OSI Clinic, and others, are having trouble recruiting psychologists. When the federal government started opening these specialized clinics shortly after the start of the Afghan mission, concerns were raised by him, as NDP Veterans Affairs critic, and others about the lack of medical professionals available to staff them. Finding a medical health professional is challenging for all Canadians, not just soldiers and veterans, he added. 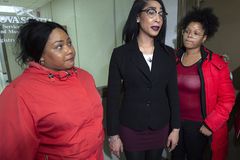 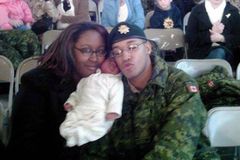