Wolverine Supplies, one of Canada’s largest independent gun retailers, celebrated Valentine’s Day with a risky product announcement. After a year of research and development, the Manitoba-based gun shop sent an e-mail to customers unveiling its latest innovation, the WS-MCR, a semi-automatic rifle with a pistol grip, AR-15-type magazine and free-floating hand guard.

It is virtually identical to another rifle developed by Wolverine’s founder and in-house designer, John Hipwell, that became one of the best-selling guns in the country. The WS-MCR should be destined for similar fortunes, but for one Howitzer-sized caveat: It is precisely the kind of gun that the Liberal government promised to ban during last fall’s election campaign.

“We can’t just stop looking for new products and ways to expand just because of some rumours about what might be banned,” said Mr. Hipwell, founder of the store and a prominent member of the country’s firearms retail community. “I still have to live. I still have a mortgage to pay.”

As the Liberal government irons out details of its proposed assault-rifle ban, new models continue to hit the market, sowing greater confusion over what might be banned and when. One gun-control advocate says the government should impose an immediate suspension on new sales of certain semi-automatic rifles like the WS-MCR.

“We’ve asked the government to freeze new sales until new measures are announced and implemented," said Heidi Rathjen, co-ordinator for Poly Remembers, a group launched in the wake of the 1989 École Polytechnique shooting to advocate for increased gun control. “The more of these guns in circulation, the greater the risk to public safety.”

Her comments echo the government’s own sentiments over the past year.

Public Safety Minister Bill Blair’s office has called assault-style rifles “military weapons designed to hunt people, and not animals, in the most efficient manner possible that maximizes the body count at minimum effort.”

During last year’s election campaign, Prime Minister Justin Trudeau characterized his plan to ban and buy back the guns as an urgent public safety measure.

Yet, the rifles continue to sell at a brisk pace, according to retailers, adding to the eventual scope and cost of the proposed buyback program.

Mr. Blair has pegged the number of assault-style rifles in the country at 250,000 with an average cost of $1,500 each, but exact figures are unknown. Many firearms the government considers assault-style rifles are classified as non-restricted long guns under Canada’s firearms law. Law enforcement have been unable to track them since the Conservative government scrapped the long-gun registry in 2012.

Ms. Rathjen says she was given indication that the government would start banning individual models by order in council last December. Now, the timing seems less certain.

“The gun lobby and the gun manufacturers are doing exactly what you would expect – they are trying to sell more guns. That’s good for them. That’s entirely predictable,” she said. “This is where the government needs to step in as soon as possible and not delay with orders in council.”

Mr. Blair’s office remains vague on the scope and timeline, only stating the government remains committed to a prohibition on “military-style assault rifles” twinned with a buyback program, and that a multistep approach would be announced “in the near future.”

To further cloud the issue, the term “military-style assault rifle” is undefined in Canadian law. Many firearms enthusiasts insist it should only apply to military weapons capable of automatic fire, guns that have long been prohibited in Canada. Public Safety Canada, however, has cited a much broader definition used in the United States that describes assault rifles as any magazine-fed, semi-automatic rifle featuring two or more specific military-style characteristics, including a grenade launcher, telescoping or folding stock, pistol grip and bayonet mount.

“For right now, the only information we have is that it’s business as usual,” said Alison De Groot, managing director of the Canadian Sporting Arms and Ammunition Association, an industry group representing firearms businesses. “Every business is obviously doing their own risk assessments. But it’s hard to believe that we’re going to go down this road.”

The prospect of a ban has roiled the industry. For 56 per cent of gun businesses, a semi-automatic rifle ban would have “devastating” effects, according to a poll conducted by the CSAAA. But many have rallied around a petition sponsored by Conservative MP Gary Motz calling on the government to abandon the ban. It closed on Feb. 15 with more than 175,000 signatures.

“This government has not defined clearly what they are going to do – how they are going to enforce it, the time frame, anything," said Mr. Hipwell at Wolverine. “In the meantime, we have a legitimate business to run.”

How The Globe tried – and failed – to find the source of Canada’s crime guns
September 20, 2019 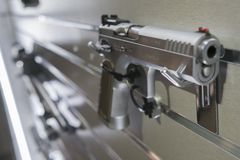 Opinion
We must criminalize gun possession in Canada
November 12, 2018 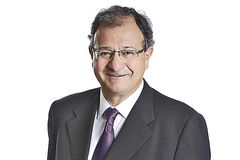