MONTREAL - Quebec bar owners say they don’t understand why the COVID-19 health order preventing alcohol sales after midnight is still in effect, and they say the rule is hurting business and leading some patrons to drink irresponsibly.

“It doesn’t make sense at all,” Ziggy Eichenbaum, owner of Ziggy’s Pub in downtown Montreal, said in an interview earlier this week.

He said that with last call at midnight – rather than the usual 3 a.m. – he loses around 50 per cent to 60 per cent of his evening business. The early last call, Mr. Eichenbaum added, is not reasonable at a time when other provinces, including Ontario, allow bars to stay open to their pre-pandemic hours.

“It seems like the Premier thinks Quebeckers don’t know how to drink,” Mr. Eichenbaum said. “The rest of Canada is okay, it’s only Quebec.”

COVID-19 health orders require bars and nightclubs to close at 2 a.m. but prohibit alcohol sales after midnight. Patrons must be seated and dancing is not allowed.

Pierre Thibault, president of a Quebec bar owners’ group called Nouvelle association des bars du Québec, said in an interview this week that he’s worried about the future of the city’s nightclubs, many of which remain closed. While the situation is frustrating for bars, many are able to survive by serving alcohol from noon to midnight, he said.

Nightclubs, however, can’t offer the experience clients are looking for because dancing is banned. “People that loved their nightclub, they were there for one week, two weeks, but now, this is not a nightclub, so they don’t come back,” he said. People who want to dance are going elsewhere, including to private parties, he added.

Mathieu Drapeau, owner of Club Unity in Montreal’s Village, said he’s lucky his business has a rooftop patio – the only part of his club he has reopened. He said he’s trying to adapt to the rules by opening earlier, but attracting clients on weekend afternoons costs money for marketing at a time when he’s just keeping the club afloat. If the rules don’t change by the fall, he said he risks going out of business.

Mr. Drapeau said he hears clients talking about going to house parties when they leave the bar. “It’s way better, from my point of view, to keep people on my rooftop terrace – it’s on the third floor, it’s got fresh air,” he said, adding that people are required to stay in their seats – something he said won’t happen at a crowded house party.

Renaud Poulin, chief executive officer of a bar owners’ association, said his group was planning to write to the provincial government Tuesday to ask when restrictions on bars will be relaxed. Mr. Poulin, with the Corporation des propriétaires de bars, brasseries et tavernes du Québec, said his members would like an explanation about why the early closing time remains in place.

Mr. Poulin said the rules are encouraging some patrons to order large quantities of alcohol shortly before last call, which he said can cause problems and lead to heavier drinking.

He said he’s hopeful last call will return to its usual time before Canada’s border reopens in August to tourists from the United States. “Hopefully, with the border opening up and all the tourists coming back to Montreal (Premier François Legault) is going to realize that Montreal is known for nightlife,” he said.

“If he wants to kill Montreal, he’s doing a good job.”

The Health Department did not return a request for comment on Tuesday.

On Friday, Quebec reported 101 new COVID-19 cases and one more death attributed to the novel coronavirus.

The province says 94,624 doses of COVID-19 vaccine were administered Thursday. Quebec’s public health institute says 83 per cent of Quebeckers over 12 have received at least one dose and 59.8 per cent are considered fully vaccinated.

The province has reported a total of 376,530 confirmed infections and 11,239 deaths linked to the virus. 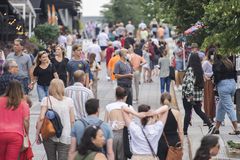 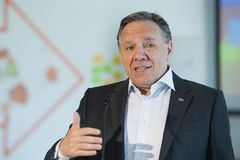 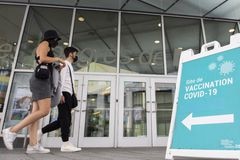