As the RCMP continue to search for Kam McLeod and Bryer Schmegelsky, the two suspects in three murders in B.C., here are other notable manhunts in Canadian history.

Justin Bourque, who shot and killed three RCMP officers and seriously injured two others in Moncton, was located in the wooded area around the city after a 30-hour manhunt, using a specially equipped surveillance airplane usually used by Transport Canada to patrol the coast.

Edmonton armoured-car guard Travis Baumgartner was on the run for 40 hours after shooting four co-workers, killing three and severely wounding the other. He was arrested at the U.S. border driving his mother’s truck.

Allan Schoenborn was the subject of an intensive 10-day-search through the woods of northern B.C., where he fled after killing his three children. He was found in the mountains outside Merritt, and brought into custody by a passerby and a local hunter and tracker who had been searching for Mr. Schoenborn in his spare time. Mr. Schoenborn was described at the time as being weak, and not in any condition to resist capture.

Emrah Bulatci, 23, killed RCMP Constable Christopher Worden in Hay River, NWT, and fled, remaining on the run for a week before surrendering to police after a standoff in Edmonton. At the time, police said it was a mystery how Mr. Bulatci was able to evade capture and get 1,100 kilometres away from the scene, and raised the possibility people might have been helping him.

Curtis Dagenais evaded an intensive RCMP presence in northern Saskatchewan for 12 days after murdering two police officers and seriously injuring another. The search through the rugged brush and swampland around Spiritwood at times involved up to 250 officers, and concluded peacefully when Mr. Dagenais turned himself in to the Spiritwood RCMP detachment.

That same month, an intensive search took place in southern Saskatchewan, after convicted pedophile Peter Whitmore abducted two boys, aged 14 and 10. Mr. Whitmore was located by an area resident two days later at an abandoned farmhouse near Kipling, and surrendered after a 10-hour standoff. Both boys were rescued.

Kevin Vermette, 43, disappeared with his dog into the woods outside Kitimat, B.C., after allegedly shooting and killing three young men and seriously injuring another at a campground outside Terrace. Despite being hunted by teams of police and tracker dogs – and appearing on TV shows such as Unsolved Mysteries and America’s Most Wanted – Mr. Vermette has never been located.

In 2013, the RCMP told The Globe and Mail in a statement that there’s a possibility he died by suicide or “succumbed to the elements of the forest,” but since he has never been found, "Kevin Vermette may still be alive.” 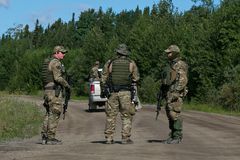 A ‘beautiful soul’: Mother of Chynna Deese discusses her daughter’s volunteering, travels around the world 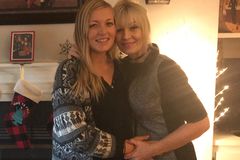 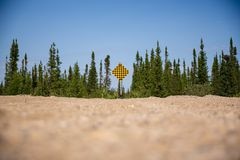