The bad news came in early June, when a Twin Otter aircraft of the U.S. National Oceanic and Atmospheric Administration spotted the carcass of a North Atlantic right whale drifting in the Gulf of St. Lawrence, midway between Gaspé and the Îles-de-la-Madeleine.

Three parallel scars on the tail helped identify the dead mammal as Wolverine, a nine-year-old male. A Coast Guard patrol vessel towed Wolverine’s remains to a beach on Micou Island, where veterinarians would conduct a necropsy.

While no mortality had occurred in Canadian waters last summer, the right whales were dying here again, awakening fears that this year would be a repeat of 2017, when there were 12 confirmed deaths in Canada.

Eight right whales have been found dead in the Gulf of St. Lawrence this summer, although no mortality has been reported since July 19.

This is the new reality for the coastal communities of Eastern Canada. Once only occasional visitors to the Gulf of St. Lawrence, North Atlantic right whales now come in large numbers in the summer, putting one of the most endangered species of large whale in the world in harm’s way.

Each spring ushers in a series of safety steps so whales are not hurt by human activities. For example, maritime traffic has to be slowed in some areas and commercial crab harvesters have to relocate their traps according to an ever-changing series of grid closings.

“It was like a cat-and-mouse game. There was a lot of movement,” said Jean Lanteigne, executive director of the Fédération régionale Acadienne des pêcheurs professionnels, a New Brunswick association of snow-crab fishermen.

“The whales are showing up in areas where we had not previously seen them. That is very much a measure of some of the changes we are seeing in the ecosystems and the impact of climate change," Fisheries Minister Jonathan Wilkinson told reporters in Moncton recently. “We are going to have to learn to get ahead of some of these changes because those changes are happening and will continue to happen.”

On Tuesday, the federal government launched a 28-day scientific mission in Rimouski, Que. Researchers aboard the Coriolis II laboratory ship will document the movements of right whales in the Gulf of St. Lawrence, using drones and tracking devices attached to the animals, and study the distribution of their planktonic food.

To protect North Atlantic right whales, the federal government sets speed limits and closes some areas to fishing from the spring to the fall. In official parlance, limit zones can be either ‘dynamic’ (temporary restrictions, subject to change based on whale sightings) or ‘static’ (totally closed for a fixed period). 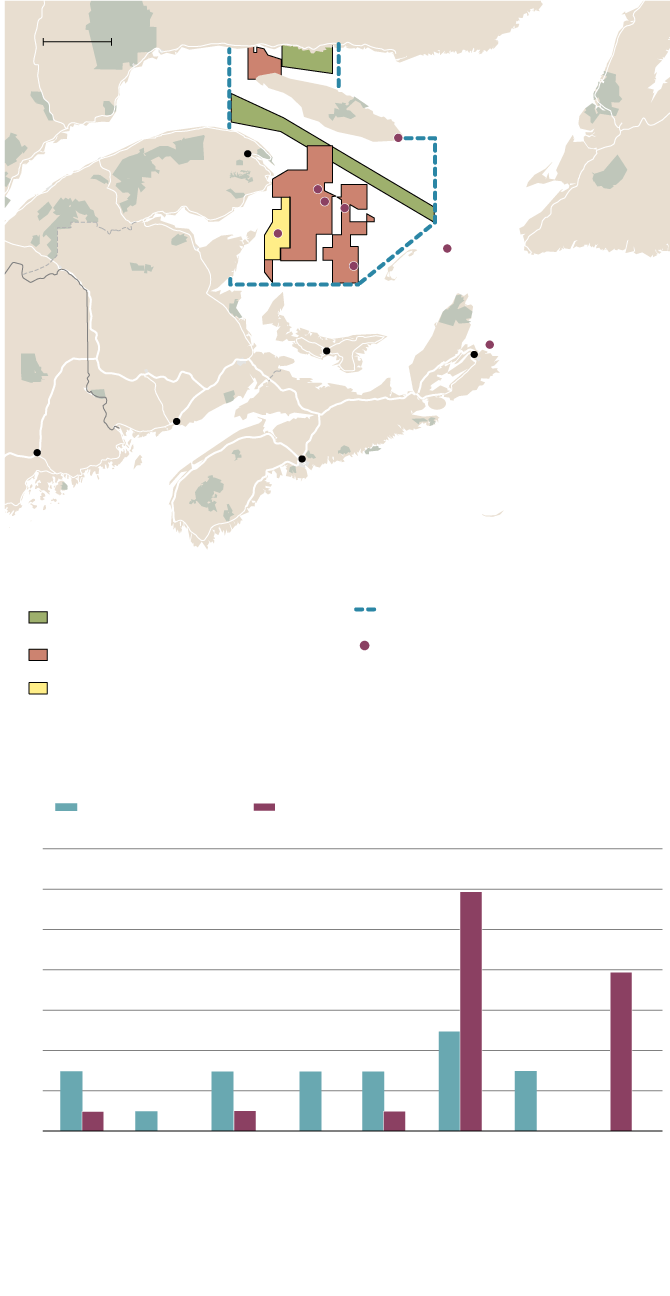 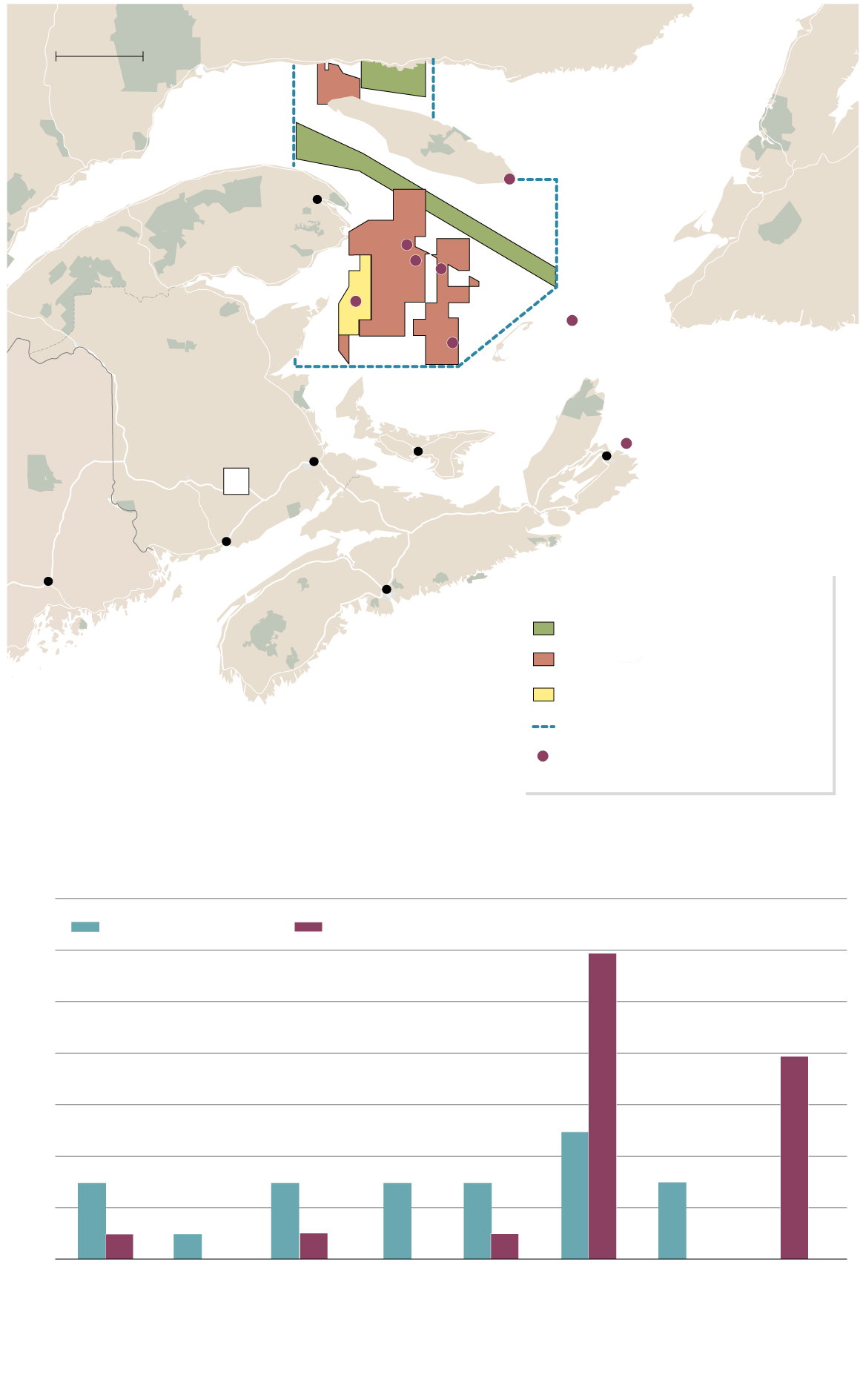 The deaths this year have counterchecked the happy news that seven calves were born during the winter.

There are only about 400 remaining North Atlantic right whales, a sea mammal historically exploited by commercial whaling until that was banned in 1935. The right-whale population began to recover, then things changed again about a decade ago.

Right whales are migratory animals that winter along the coasts of Georgia and Florida. In summer and fall, years ago, they were seen in the Gulf of Maine and New Brunswick’s Bay of Fundy, where they fed on copepods, tiny planktonic organisms the size of grains of rice.

Around 2008, the right whales’ migrating pattern started to change. A June, 2019, paper in the journal Oceanography said that warming in the Gulf of Maine affected the copepods, forcing the whales to find other foraging grounds.

They began to appear in the Gulf of St. Lawrence, putting them into a busy zone plied by container ships, bulk freighters and cruise ships.

“It’s the gateway to the eastern side of the North American continent," Françoise Quintus, an analyst for Armateurs du Saint-Laurent, which represents domestic ship owners and operators, said in an interview. 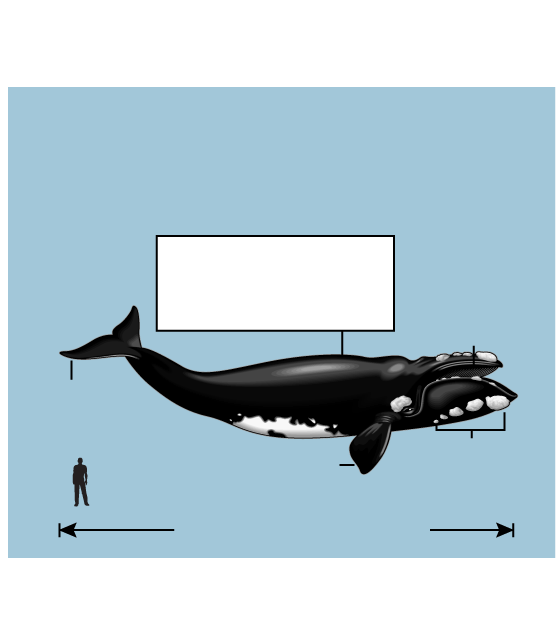 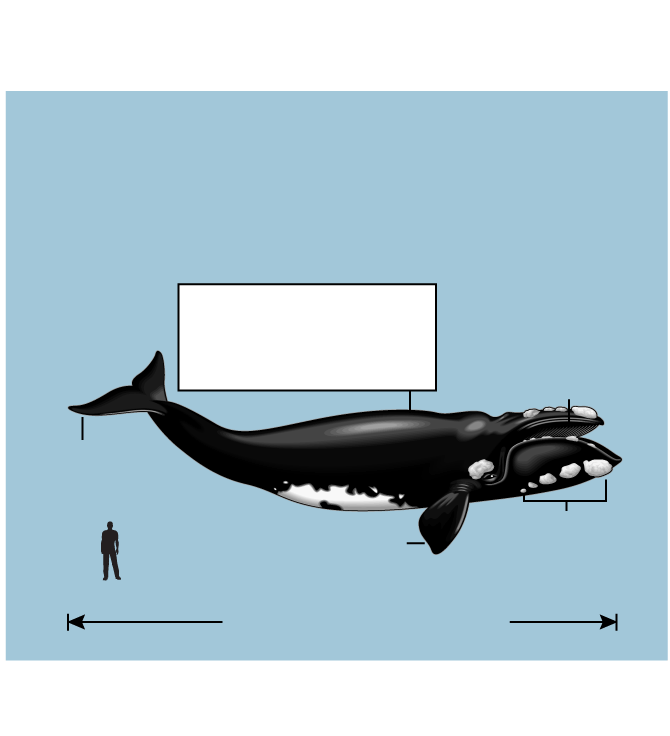 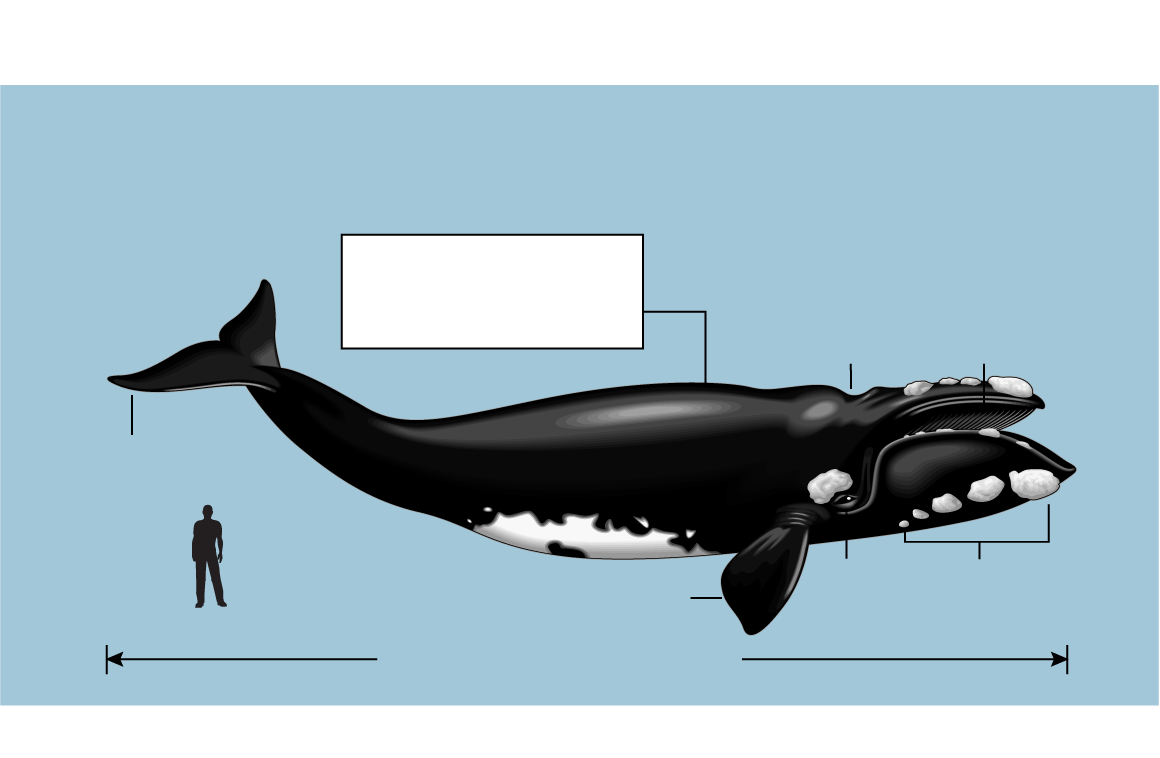 Scientists have so far identified the cause of death of three of this year’s eight whale fatalities. In all three cases, the carcasses showed trauma compatible with a vessel strike.

In two cases, it was blunt trauma. Whales that die of blunt trauma can collide so hard with a ship that it breaks their skull or vertebrae. The third case was sharp trauma, meaning the whale was slashed by propeller blades.

Slowing traffic to 10 knots or less is the only way to reduce vessel strikes. “The whales are accustomed to hearing ship noise without suffering any consequences, they do not interpret the noise of the ship as a threat,” Douglas Nowacek, chair of marine conservation technology at Duke University, said in an e-mail to The Globe and Mail.

His research showed that whales didn’t respond to the playback of sounds of vessels. And using alarm sounds made them rise toward the surface, increasing the risk of a collision.

Speed restrictions of varying scale have been in place in the Gulf of St. Lawrence for three summers now. Ferries and cruise ships had to cancel stopovers while maritime shipping had to readjust schedules or even reroute to other harbours to meet deadlines, said Nicole Trépanier, CEO of the St. Lawrence Economic Development Council.

“The last thing we want is for that species to disappear. But on the other hand, without proper data, we fear that the zone is defined too broadly, just to be on the safe side,” she said in an interview.

The gulf is also busy with commercial fisheries. Fixed-gear fisheries use ropes and buoys that become a threat to whales.

Almost all individual right whales have been entangled in fishing ropes at least once, according to a paper by Peter Corkeron, who leads the large whale research program at NOAA’s Northeast Fisheries Science Center.

Entanglements can last months, weakening the whales and impeding their ability to feed or reproduce.

So during the spring and summer, Fisheries and Oceans Canada (DFO) identifies areas where gear has to be removed. Some zones are shut off for the whole season, while others are temporary closings that can be extended if a whale is sighted.

This year, DFO officials exempted coast-hugging areas, since it is unlikely whales would venture in shallow waters. This allowed unimpeded inshore fishing of lobster and herring.

However, snow-crab fisheries, which operate in deeper waters, remain affected. Each crab fisherman can have up to 150 traps, which are retrieved thanks to a rope held aloft by a buoy − 150 traps, 150 lines. Each time a zone is off-limits, the gear has to be removed.

Fishermen are now testing ropeless gear, such as traps that only deploy their lines when it is time to pull them out. However, the new hardware is still costly, unreliable and takes more time to install, Mr. Lanteigne said.

Another option, he said, is to start the season earlier in April, before the whales arrive. However, such a move could be limited by poor weather because the gulf might still be packed with ice.

The challenge with all the restrictive measures is that, from year to year, the whales migrate to different parts of the gulf. This summer, for example, they are seen further north and east from last year, Dr. Corkeron noted.

“If you’re basing protective measures on finding whales and then putting protection around them, you’ve got to have the resources to go out and track them … there’s a lot of monitoring going on,” he said in an interview, alluding to the surveillance flights by DFO and NOAA.

Dealing with entangled whales is challenging, as illustrated by the efforts to help them this summer.

On June 29, DFO and Coast Guard officers spotted a whale known as No. 4440, east of Miscou, N.B. The five-year-old male had a rope around its tail and appeared to be dragging something heavy.

Two other entangled whales were also seen in the following days, including another five-year-old male, No. 4423.

The evening of July 9, a NOAA plane located no. 4440 again. The Campobello Whale Rescue Team, a group of New Brunswick volunteers, was nearby but couldn’t intervene because it was dark and the NOAA aircraft providing guidance was out of fuel.

Whale No. 4423 was also spotted in the same area and two days later, the Campobello team was able to remove some of the gear from its tail. The following week, they cut a rope ensnaring no. 4440.

Disentangling whales involves attaching floats to the ropes they drag, to slow them down, then getting close enough to deploy cutting tools on long poles. Two years ago, team co-founder Joe Howlett died after he was struck by a whale during a rescue operation.

“It’s a line of work that nobody wants to be in. It’s very, very dangerous and very tough on the whales, too,” Amy Knowlton, a scientist for the Anderson Cabot Center for Ocean Life at the New England Aquarium, said in an interview.

Ms. Knowlton was just back from a two-week research trip in the gulf.

While the latest deaths were discouraging, Ms. Knowlton was cautiously hopeful, having sighted four of the seven new calves. None had been born in 2018.

“What strikes me is that right whales are adapting to the changing ocean,” she said. “They probably always had to do that. And the fact that they are finding a new area to aggregate and feed suggests that even though the plankton may have diminished in the Gulf of Maine, they’re good at finding new habitats.”

Editor’s note: North Atlantic right whales can weigh up to 64,000 kilograms. A graphic in an earlier version of this story said they weighed 6,000 kg. This version has been corrected.