When Manar Al Asad got her first close-up look at the asteroid Bennu, it immediately reminded her of something much closer to home: a pile of fallen boulders at the foot of the Chief, overlooking Squamish B.C., a cliff face and popular climbing spot north of Vancouver.

“I’m a rock climber and that’s really the image that comes to mind,” said the University of British Columbia researcher who is a member of an international science team just months away from a daring attempt to grab a piece of Bennu to bring back to Earth.

Like the debris at her favourite climbing spot, Bennu has turned out to be a big rubble pile, comprised mainly of rocks and boulders ranging from a few centimetres to tens of metres across. That is definitely not what Ms. Al Asad and her colleagues were expecting a year ago when the NASA-led OSIRIS-REx spacecraft first trundled up to Bennu after a 26-month journey and commenced a detailed survey of the stadium-size celestial body.

Based on radar data that predicted a relatively smooth surface, the US$800-million probe was designed to capture samples made up of tiny pebbles and mineral grains – not hefty space bricks.

“That has made everything much more difficult,” said Ms. Al Asad, who is the deputy instrument scientist for a Canadian-built laser altimeter on the spacecraft.

On Thursday, mission scientists finally revealed how they will cope with this hurdle. They have chosen a spot nicknamed “Nightingale” near the asteroid’s north pole where it appears that a powdery layer of fine material has settled on the floor of a crater, about 20 metres across. The rub is that next to this tantalizing spot looms a big wall of rock that the spacecraft could easily crash into when it attempts to collect a sample in July.

“We recognize that this does have some hazards around it,” said Dante Lauretta, the mission’s principal investigator and a planetary scientist at the university, during a webcast of the announcement. “But this one really came out on top because of the scientific value.”

A key objective of the mission, he said, is to try to bring back asteroid material rich in water-bearing minerals and organic molecules – ancient ingredients that have been sitting undisturbed since the birth of the solar system and that could shed light on the raw materials that allowed Earth to become a habitable world.

Because the Nightingale site is at a high latitude on the tiny asteroid, it receives less direct sunlight and the kind of stuff that scientists are eager to find on Bennu may have has a better chance of being preserved.

OSIRIS-REx (the name is an Egyptian-themed acronym that stands for Origins, Spectral Interpretation, Resource Identification Security, Regolith Explorer) is a multipurpose asteroid mission that aims to understand the composition and history of the solar system’s oldest building blocks as well as better characterize the threat that humans face should Bennu or a similar-sized object come barrelling into our planet one day. The most recent such impact occurred in Siberia in 1908 and flattened trees within a 25 kilometres radius. Bennu, with a diameter of half a kilometre, is more than twice the size of the object that is believed to have triggered the Siberia event and it would be many times more devastating.

Scientists are hoping OSIRIS-REx will bring home a sample of the asteroid for more detailed study. As a partner in the mission, Canada is entitled to receive its own small share of whatever the probe manages to capture in a deft touch-and-go manoeuvre. But the operation will work only if the spacecraft can rustle up bits of the asteroid’s loose surface that are less than five centimetres across.

The Canadian instrument has proved crucial for characterizing the challenge, scientists said. Over the past year, the laser altimeter has made about three billion measurements, building up a topographic map of the asteroid’s boulder-strewn terrain that has allowed scientist to zero in on the Nightingale site as their preferred sampling location.

“To see that [instrument] on a world stage, producing data that are critical for this mission is a huge success for us,” said Tim Haltigan, a senior mission scientist with the Canadian Space Agency.

For Ms. Al Asad, who grew up in Saudi Arabia dreaming about space missions but saw few opportunities for women to participate in science, joining the project has been the adventure of a lifetime.

“The knowledge that we could gain from a returned sample will be amazing,” she said. 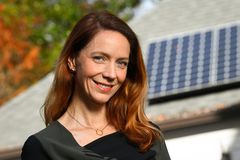 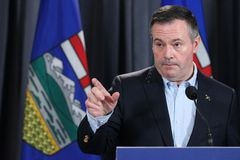 Church of Atheism denied charitable status as court finds it isn’t a religion
Subscriber content
December 5, 2019
Follow Ivan Semeniuk on Twitter @ivansemeniuk
Report an error Editorial code of conduct
Due to technical reasons, we have temporarily removed commenting from our articles. We hope to have this fixed soon. Thank you for your patience. If you are looking to give feedback on our new site, please send it along to feedback@globeandmail.com. If you want to write a letter to the editor, please forward to letters@globeandmail.com.
Comments