This summer is on track to become one of the hottest on record in Atlantic Canada, as stifling heat and humidity levels persist from coast-to-coast, experts say.

“It has just been relentless,” said David Phillips, a senior climatologist with Environment Canada, who added the heat wave is expected to last until the end of August throughout much of Canada.

Rolf Campbell, a weather historian who has gathered over a hundred years’ worth of raw statistics from Environment Canada, said cities in all four Atlantic provinces had both higher average temperatures and maximum temperatures in July than in previous years.

Most are holding long-running streaks of consecutive days with lots of humidity and soaring temperatures.

“I’ve only been doing this for a few years in the Maritimes, but this is by far the largest bunch of record-breaking days I’ve ever seen,” said Campbell, who runs a number of Twitter accounts reporting on historical weather statistics throughout the country.

On Monday, Charlottetown, P.E.I., marked its 17th consecutive day with a humidex temperature of 30 degrees or higher, the longest streak since 1967.

Saint John, N.B., reached its hottest August day in almost eight years with a temperature of 30.4 degrees on Monday, while St. John’s, N.L., recently had two consecutive days with a maximum temperature of 28 degrees – quite balmy for a province known for a chilly climate.

Heat warnings were issued in nearly every province in Canada on Monday, with some regions expected to hit the low 40s with the humidex.

“It’s rare to have such a persistent heat wave that strikes so much of the country,” said Campbell.

“It’s not abnormal for one province, or even just the Maritimes, to have an unusually warm spell, but for it to be consistent from Toronto all the way to Newfoundland for several weeks? That’s pretty unusual.”

Campbell said more records are bound to be set as the hot, muggy summer continues.

In a phone interview Monday, Phillips said the system that brought the heat to Canada is sometimes known as a “Bermuda high,” where hot, humid air moves into the country from a high-pressure system over Bermuda.

“It’s like a heat pump, it pumps this American air northward,” he said.

Between July 1 and August 5, Phillips said Halifax has had 28 days where the temperature has been hotter than 25 degrees – double the average number of days in that time period over the past 30 years.

During four of those days, temperatures reached 30 degrees, which he said is uncommon for Halifax.

“Halifax can go whole summers without hitting 30,” he said.

Phillips said he was most struck by the persistence of the heat. Typically, when Halifax has a heat wave, things tend to cool down for a couple of days in between hot spells before temperatures reach back up to the high 20s.

This year, the city has been experiencing non-stop heat for over two weeks.

“It’s not just a one-day wonder,” Phillips said. “It’s almost as if the weather has stagnated, it’s stuck in that high-pressure area.”

While it may take some getting used to, this surge of heat could become more common within the next few decades, according to Blair Feltmate, head of the Intact Centre on Climate Adaptation at the University of Waterloo.

In an email, he said temperatures across southern Canada are expected to increase by three to four degrees by 2040, with disproportionately higher increases in northern regions. This estimate is relative to the average temperature increase between 1975 and 2000.

“My concern with Atlantic Canada is that historically residents have not been subjected to extreme heat,” wrote Feltmate, who recently chaired a federal advisory panel on climate change.

“We must convince people to prepare for heat waves that have not occurred historically, but that are for sure coming due to climate change.”

Halifax recently took a bold step by planting nine palm trees in parks on the Dartmouth side of the Halifax harbour. While the palm varieties are known to be cold-hardy, the jury is still out on whether they can survive winter in a North Atlantic city known as the Warden of the North.

The heat has also helped an agave plant bloom in Halifax’s Public Gardens, after being transplanted this spring from a greenhouse. 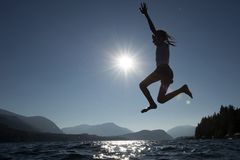 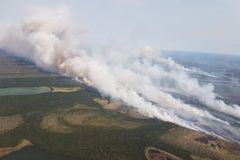 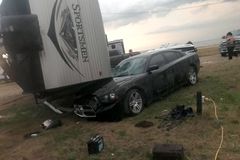