Two airports in Atlantic Canada will watch their last commercial flights leave Monday, as worry grows around the region that recent cuts to rail, bus and air transportation routes may take years to reverse when the pandemic is over.

Canada’s four Eastern provinces have enjoyed some of the lowest rates of COVID-19 infection in the country since March, owing to stringent public-health policies, including a 14-day self-isolation requirement for entrance. That has kept numbers down, but it’s come at significant cost to industries dependent on travel.

Air Canada and WestJet Airlines have been shedding routes in the Atlantic region for months. Via Rail suspended its Montreal to Halifax service indefinitely in October. This week, the Maritime Bus line is cancelling all trips to northern New Brunswick, a key link to Quebec and beyond.

“It’s been death by a thousand cuts since the pandemic began,” said Mike MacKinnon, chief executive of the J.A. Douglas McCurdy Sydney Airport in Cape Breton.

“You get this melancholy feeling, like, is this really ever going to end? We can only last for so long.”

The suspension of all commercial flights into the Sydney, N.S., and Saint John airports has many concerned about the long-term survival of those transportation routes, and their impact on the region’s economy. Atlantic Canada’s airports were down 92 per cent in passenger traffic between April and August, and as much as 80 per cent since then.

“With no passengers, we have no revenue. Our cash reserves just keep going down every month,” Mr. MacKinnon said. “Eventually we will run out of money. We can’t keep doing this indefinitely.”

The not-for-profit Sydney airport is a critical hub for Cape Breton’s tourism industry and for international students at Cape Breton University, where two-thirds of the student body now hail from abroad, Mr. MacKinnon said. Without flights to the island, travellers there face a four-hour drive to the nearest airport in Halifax. Tourism operators are frustrated by the slow distribution of the COVID-19 vaccine and are bracing for another poor summer in 2021, he said.

Prior to the pandemic, there were 17 commercial flights a day into the Saint John airport. By Tuesday, the terminal will be empty, and the airport runway silent save for medical evacuation flights or private planes. Some of those commercial routes, built up over the past decade, may never return, acknowledged the airport’s CEO.

“When the pandemic is over, it’s not like flipping on a switch and bringing those flights back. The airlines have sold off planes and laid off thousands of staff, some who may not come back. … And that loss of connectivity hurts the economic revival of this region.”

Air travel is down significantly at airports across the country. But it’s been particularly pronounced in Atlantic Canada, where many travellers are hesitant to spend two weeks in quarantine. The region’s biggest airport, Halifax Stanfield International, asked creditors for leniency on its debt obligations last month while St. John’s International Airport in Newfoundland has been using its line of credit to fund day-to-day operations.

Prior to the pandemic, WestJet flew into six cities in Atlantic Canada. Today, it’s serving just two – Halifax and St. John’s. In addition to suspending all flights to Sydney and Saint John, Air Canada is also temporarily halting routes in Deer Lake, Nfld., Charlottetown, Fredericton and Halifax. Other routes connecting Eastern cities to Toronto and elsewhere have also been dropped.

Airports here have been calling for rapid coronavirus testing at terminals as a way to lure passengers, and struggling airlines, back. But so far, provincial governments have been focused on other priorities. Ottawa has pledged some help for smaller, regional airports, but that funding has yet to flow.

The loss of air connection to Atlantic Canada has been compounded by cuts to rail and bus service to Eastern communities. Starting Jan. 15, Maritime Bus, a regional bus line, is ending all trips between Campbellton, N.B., and Moncton and Fredericton and Edmundston, N.B., while reducing service between the province’s three largest cities.

That not only affects parcel delivery in those communities, but also students, low-income residents and people travelling for medical appointments, local politicians said. Most of New Brunswick’s cancer, heart and addictions treatment centres are located in its largest cities, and the regional bus plays a key role in getting patients there.

“Without it, they’re stranded,” said Amy Anderson, deputy mayor of Woodstock, N.B., about 100 kilometres north of Fredericton. “In terms of people being able to access medical services, this is a really big deal.”

Maritime Bus said its passenger traffic has been nearly cut in half during the pandemic, and requested financial assistance from the governments of New Brunswick, Prince Edward Island and Nova Scotia. New Brunswick rejected the deal because of its policy to not subsidize for-profit companies.

Ms. Anderson and other political leaders said the province urgently needs to restore the bus service. In her community of around 5,300 people, there’s no public transit, no ride-hailing services and few taxis. If you don’t have a vehicle, you’re essentially stuck, she said.

The regional bus is also an important link to the rest of the country, she said. Without it, people in the Maritimes will only be further isolated, Ms. Anderson said.

“That bus route is the one that connects us to Quebec, Ontario and the rest of Canada,” she said. “This is not something that can fall by the wayside.” 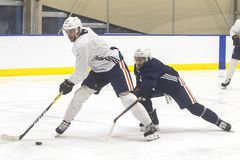 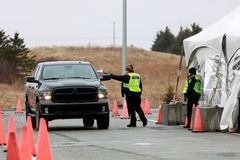