Ontario’s highest court has called out a judge for saying that the way a woman dresses may indicate consent to sexual activity and for describing that notion as “common sense.”

“Dress does not signify consent, nor does it justify assaultive behaviour,” the Ontario Court of Appeal said Thursday, citing a 20-year-old Supreme Court ruling, and criticizing the use of multiple myths and stereotypes in judicial reasoning.

The court unanimously ordered a new trial for Richard Lacombe, who had been acquitted by Ontario Court Justice Peter Wright of two counts of sexual assault – an acquittal upheld by another judge, in the prosecution’s first appeal.

The alleged assaults occurred on consecutive spring nights in 2015, in a home for people with disabilities. The complainant, who cannot be identified, said Mr. Lacombe knocked on her door and asked her to come out for a cigarette. She was wearing pyjamas with no bra or underwear. They went on to a fire escape, she said, where he touched and kissed her without her consent. When she said no, he laughed, she said.

Mr. Lacombe offered a different version of events, saying she had come to his door, entered his room and showed her breasts. Thus, the trial became a credibility contest, with consent the key issue.

Justice Wright, of Belleville, Ont., wrote that the complainant’s attire was “significant.” A trial transcript shows him telling the prosecutor: “She goes out with a virtual stranger onto a – on a – on a fire escape with no bra, no underpants … you have asked me to use common sense.”

Justice Wright said it was significant, too, that the complainant did not call the police or others after finding she was bleeding from the first alleged sexual assault. And it was significant that she went on to the fire escape with Mr. Lacombe a second night, despite what she said happened the first night. (She had testified she was afraid not to.) He said he was left with a reasonable doubt about what happened.

The initial appeal went to the Ontario Superior Court (because the charges were prosecuted as a less serious summary conviction offence). There, Justice Rick Leroy said Justice Wright hadn’t explained his mentions of the complainant’s clothing and conduct, and so it wasn’t clear whether he was relying on myths or stereotypes. Even if he did rely on them, however, it wasn’t clear that the use of myths prompted the acquittal, Justice Leroy said.

The appeal court disagreed. “The very problem with this type of reasoning is that it is insidious. It masquerades as ‘common sense,’” Justice Sarah Pepall wrote, supported by Justice Russell Juriansz and Justice Lois Roberts.

The court found three examples of discredited reasoning used by the trial judge: the use of dress in assessing credibility; the absence of immediate reporting (the court cited Supreme Court rulings as far back as 1992 in saying that, standing, alone, this information is unhelpful); and measuring the complainant’s behaviour against what the judge believed was the “expected conduct” of a victim.

“There is no rule as to how victims of sexual assault are apt to behave,” Justice Pepall wrote.

University of Ottawa law professor Constance Backhouse said in an interview the decision indicates that “very slowly, we are beginning to shift the culture in our so-called common-sense understanding of sexual assault.”

Hilla Kerner, a spokeswoman for the Vancouver Rape Relief and Women’s Shelter, said in an e-mail that the lower-court rulings show that the “justice system needs to catch up” to the public’s understanding of sexual assault.

Ian McLean, a lawyer representing Mr. Lacombe, could not be reached for comment. 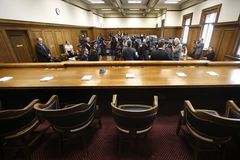 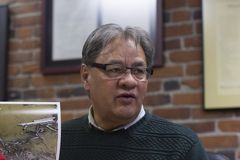