Lawyers for Canada’s attorney general are urging a B.C. Supreme Court judge to dismiss Meng Wanzhou’s application to submit new evidence in her extradition hearing that her legal team claims would “fatally” undermine the case against her.

Crown lawyer Robert Frater said Wednesday the Huawei chief financial officer is asking the judge to weigh the evidence in a way that is appropriate for her fraud trial, not her extradition hearing.

“They want you to get down into the weeds of inference drawing and that is the exclusive preserve of the trial court,” Frater told Associate Chief Justice Heather Holmes.

The threshold for determining if new evidence is relevant to an extradition case is high and it must demonstrate that the requesting state’s evidence is manifestly unreliable. The evidence proposed by the defence doesn’t meet that threshold, Frater said.

Meng’s team recently obtained the evidence from her alleged victim HSBC through a court agreement in Hong Kong.

The documents include internal e-mail chains and spreadsheets that Meng’s team argued show senior executives knew more about Huawei’s control over another company that did business in Iran than U.S. prosecutors claim.

Meng was arrested at Vancouver’s airport in 2018 at the request of U.S. officials based on allegations she lied to HSBC about Huawei’s relationship with Skycom, putting the bank at risk of violating U.S. sanctions against Iran – charges that both she and Huawei deny.

Her lawyers argued Tuesday that despite U.S. prosecutors’ claims that only junior bankers were aware that Huawei and Skycom were part of the same corporate structure, at least one senior executive was included on e-mail threads about the relationship. They say an internal listing also grouped the two companies together in the same corporate family.

Frater countered Wednesday that Meng’s team relies on the idea that it was at the “fingertips” of senior staffers to make the link, but he said there’s no evidence that anyone made the connection.

He said Meng’s team is asking the Canadian judge to weigh competing accounts of what allegedly happened, which falls in the realm of a trial, not an extradition case.

“You do not have full access to the necessary papers here. You do not have any witnesses that can explain what they knew or didn’t know based on these emails and reports,” Frater said.

“It would, in our submission, be dangerous and unsafe for your ladyship to make a conclusion of ultimate reliability on an incomplete evidentiary record. That has to be left to the trier of fact.”

Holmes has already dismissed another application from Meng’s team to admit evidence because it did not meet the appropriate threshold and Frater said she should do the same again.

Near the end of Wednesday’s hearing, Holmes raised concerns about the clarity of the case against Meng. Canada’s attorney general will have to connect the dots at hearings in August over whether Meng should be turned over to U.S. authorities, she said.

The alleged fraud has been described in different ways throughout the extradition proceedings and the link to the potential violations of U.S. sanctions hasn’t always been made clear, she suggested.

For example, she asked if HSBC continued to work with Skycom even after it closed the company’s account, how would that fit in the overall theory that a failure to disclose Huawei’s control of Skycom gave rise to the risk of a possible sanction violation.

“That is something that is sure to be gone into at great length at the trial,” Frater said.

“It has to be addressed at the committal hearing in the sense that there needs to be a prima facie case on each element,” Holmes responded.

Holmes also suggested the reason Meng’s lawyers have sought to introduce new evidence so many times is “surely” an effort to explore weaknesses in the connecting links of the theory of the case.

“The theory of the case as disclosed through the (records of the case) has been, frankly, a little difficult to wrestle with at times on certain points. And I would simply invite you to consider that that may be in part an explanation for us being as far down in the weeds as we appear to be,” Holmes said to Frater. 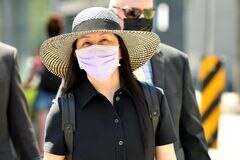 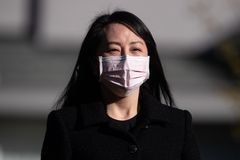 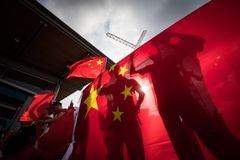