Ontario’s Auditor-General is investigating the Progressive Conservative government’s sweeping changes to the province’s land-use planning policies in a value-for-money audit, with a report expected by the end of the year.

The probe is expected to examine some of the policy moves the government says are needed to spur the construction of new housing, but that critics charge have enabled sprawl, weakened environmental protections and favoured real estate developers who donate to the PC Party.

Ann Lehman-Allison, a spokeswoman for Auditor-General Bonnie Lysyk, confirmed in an e-mail that an audit of the province’s land-use planning was under way, but said the agency does not comment on the details of continuing investigations.

One source who has been contacted by auditor staff says the probe’s scope appears to include an examination of the government’s extensive use of once-rare ministerial zoning orders, or MZOs. These allow the province to short-circuit the normal local planning process and issue non-appealable approvals for developers. The Globe and Mail is not identifying the source because they were not authorized to speak publicly about the audit.

As the government points out, some of these MZOs have been to speed the construction of long-term care homes or affordable housing. But others have been issued to approve routine housing projects, a factory and, in the case of two distribution centres in the Greater Toronto Area, the paving of protected wetlands. (The government withdrew one such MZO, in Pickering, east of Toronto, after an outcry. It also rescinded one issued for a glass factory in Stratford after residents said they were not consulted.) In cases that do not involve provincially owned land, the government says it provides an MZO only when requested by a local municipality.

Premier Doug Ford’s Municipal Affairs Minister, Steve Clark, has brought in a wide range of changes to the province’s land-use planning rules, welcomed by a building industry that has long complained its efforts have been stymied by red tape.

The Opposition NDP asked the Auditor-General earlier this year to examine some of the government’s policy changes. In an April letter to NDP MPP Jeff Burch, Ms. Lysyk responded and confirmed her office was taking a look.

“As part of our ongoing audit activities, we are currently conducting a value-for-money audit of land-use planning and will be reviewing the province’s growth planning process,” Ms. Lysyk wrote, adding that the results of the probe will be included in her 2021 annual report before the end of the year.

Mr. Burch, the party’s municipal affairs critic, asked the Auditor-General to review the PC government’s changes to its Growth Plan for the Greater Golden Horseshoe, including the growth projections municipalities must use for what are known as land-needs assessments.

Critics say these projections have historically overstated the number of people and jobs that end up materializing for some areas, notably suburbs outside faster-growing Toronto and Peel Region.

But the province, under what it calls a new “market-based” system for land-needs assessments, now requires municipalities to use these projections as minimum numbers, and to designate all land needed to accommodate projected growth until 2051, a decade past the currently required 2041.

“It benefits land speculators and developers linked to the PC Party,” Mr. Burch said in an interview. “The same donors that are benefitting from the MZOs.”

In a submission last year on the changes, the Ontario Federation of Agriculture (OFA) warned against using pre-COVID-19 projections for population and job growth, saying the plans would result in the swallowing up of more prime farmland.

“The continuing loss of the key resource that underpins Ontario’s agriculture and agri-food sector has the potential to jeopardize the future of food production in the province,” OFA president Keith Currie said.

Planners in York Region, north of Toronto, said in a recent report to regional council that the land-needs assessment there will result in 80 per cent of the region’s “white belt” – mostly farmland outside built-up areas but not within the protected Greenbelt – being designated for development by 2051.

Kevin Eby, a former director of community planning with the Region of Waterloo, says the growth plan’s projections have been much higher for most of Toronto’s suburbs than the real-world data found in the 2016 census and in the forecasts used by the province’s own Ministry of Finance. Under the 2005 growth plan projections, he said, Durham Region had to designate enough land for 64,000 new housing units by 2021, but as of last year, it had only built 33,000 – a prediction off by almost 50 per cent.

Krystle Caputo, a spokeswoman for Mr. Clark, defended the use of MZOs but added that the minister welcomes input from the Auditor-General.

“MZOs are a tool our government uses, in partnership with municipalities, to get critical local projects, like housing and long-term care homes, located outside of the Greenbelt, moving faster,” she said in an e-mail. 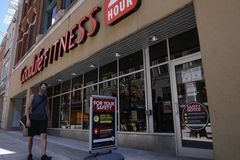 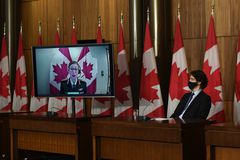