Only days after Brampton, Ont., mother Arvinder Singh responded to a Peel District School Board e-mail confirming she would send both of her children back for in-person learning next month, she began to feel uneasy. “I’m sitting on the edge, biting my fingernails,” she said.

What was once a season of anticipation and renewal is now one of anxiety and dread. The back-to-school list Ms. Singh’s nine-year-old daughter usually writes up is not printed. The family doesn’t stray far from their home.

If the more-transmissible Delta variant surges, Ms. Singh said, “We’re going to pull back from school. I don’t know how that’s going to go.”

Early data show that many families who previously kept children home are sending them back to classrooms this fall. In Peel Region, the parents of about 82 per cent of elementary students have opted for in-class learning. This includes Brampton, which endured some of Canada’s highest COVID-19 infection rates. It’s a huge shift from last year, when only about 51 per cent of Peel elementary schoolers attended class in-person, according to data provided to The Globe and Mail.

Other boards are seeing similar changes. But anecdotal evidence suggests that the return to classrooms is happening against a backdrop of deep concern, as a new chapter of the pandemic begins.

At decision time, when parents were faced with the choice between sending their children into the classroom or keeping them home, they sent messages to other parents, paralyzed at the thought of making the wrong call. Others are second-guessing their decisions and pleading for help on social media groups. (Most school boards, including Peel, have said that once parents make their decisions they are final until the midway point of the school year.) In provinces where parents have not been offered a choice between online and in-person attendance, the sense of anxiety is no less palpable.

For the most part, children have been spared the worst of COVID-19, but it’s unclear to what extent the Delta variant, now the predominant strain in Canada, will affect them. It’s unknown whether the variant causes severe disease in children, though experts say there is no evidence yet to suggest it does.

The decision of families for

The decision of families for

BOARD; PEEL DISTRICT SCHOOL BOARD 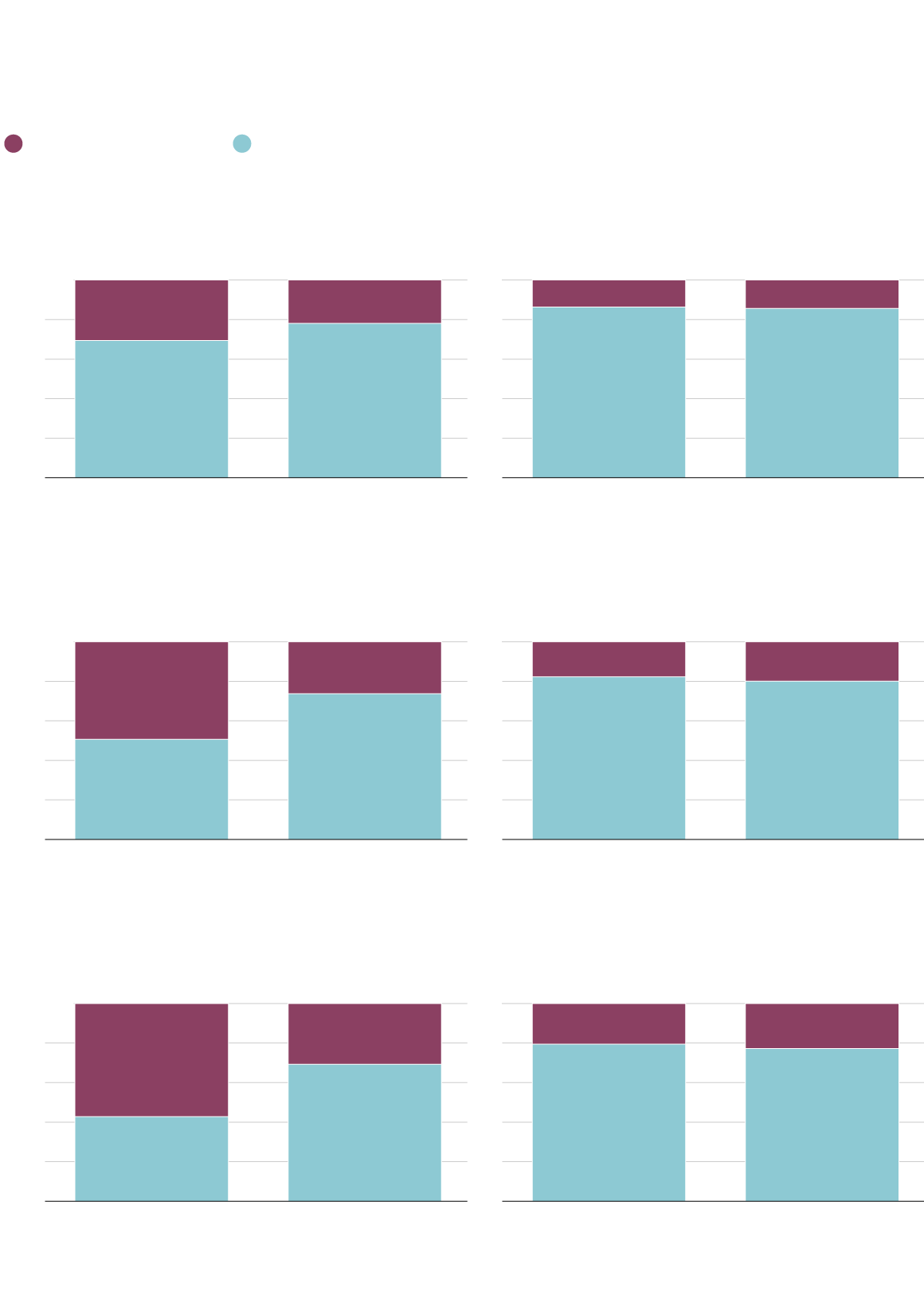 The decision of families for the upcoming school year

THE GLOBE AND MAIL, SOURCE: TORONTO DISTRICT SCHOOL BOARD;

Ms. Singh said her nervousness about the return to school would have been eased somewhat had Ontario mandated vaccinations for eligible staff and students. Instead, the province has implemented vaccine policies that rely on frequent testing for those who choose not to get inoculated. Her older son, who is 12, is fully vaccinated. But her daughter, like all Canadian children under 12, is not yet eligible for the vaccine.

At the Peel District School Board, this year’s increase in elementary schoolers returning to classrooms is matched by a modest bump at the secondary level, with about 80 per cent of high-school students set to attend in-person, compared to 73 per cent last year.

Similarly, the Toronto District School Board, Canada’s largest school board, said this week that preliminary data show that the parents of 86 per cent of elementary students opted for in-person learning for this fall, compared to about 70 per cent last year.

One of the issues for families is that health and safety measures are inconsistent not only between provinces, but even within them. Alberta says masks are recommended in schools, but it has given authority to individual school boards to decide whether or not to require them. Edmonton Public Schools have mandated them for all students, but the local Catholic school division has said only those in Grades 4 to 12 must wear them, and then only in common areas, such as hallways.

In Ontario, the government has said indoor music classes are allowed if students are distanced and the spaces are properly ventilated, but the Toronto District School Board said this week that singing indoors is allowed only if students are masked.

In Winnipeg, Sean Buchanan said it feels almost as if the provincial government has abandoned children. The Manitoba government has said masks are recommended, not mandatory, in schools.

“To me, I sort of interpreted that as them saying, ‘We don’t really care anymore. Schools are going to stay open and kids are going to get sick,’ ” he said.

Prof. Buchanan, an assistant professor of business administration at the University of Manitoba, has two children, ages 8 and 4, whom he plans to send back to classrooms. But, he said, he has “severe anxiety and a sense of dread about it.”

“They’re too young to get vaccinated, so they’re an extremely vulnerable population.”

The lack of strict preventive measures, he said, means that students will experience the same interruptions in their schooling that they did in the last academic year. Students in Winnipeg moved to remote learning in mid-May and spent the next seven weeks at home until the school year ended.

He and his wife work full time. The prospect of having two kids at home worries him. “Our family can’t survive that,” he said.

Aiysha Daud, in Toronto, is keeping an eye on the number of daily reported COVID-19 cases, which has been climbing steadily in Ontario. She said she will keep her children home if it tops 1,100. “It will be harder to control the spread, as seen in the past,” she said.

Ms. Daud lives in the northwest corner of the city, which was hit hard by the virus. Her children learned remotely last year, as did many other kids in her neighbourhood. Over time, though, as Ms. Daud pursued her own schooling (she’s taking courses in social work) while her children learned at home, the situation became overwhelming.

Her two sons, who are heading into Grades 3 and 5, are excited to go back to school and to see their friends. She said she needs them in the classroom. She’s doing a placement for school this semester, and she’s hoping to work part-time.

“I’m kind of second-guessing it, to be honest,” Ms. Daud said of her decision to resume in-person schooling for her kids. “I feel like I’m making a mistake. But I know they need it.”

Some parents have expressed frustration that they were asked to decide in late July or early August whether or not to send their children back to classrooms. At that point in time, COVID-19 numbers were lower than they are today, and provincial plans were not yet finalized.

Cathy Abraham, president of the Ontario Public School Boards’ Association, said school staff gave parents as much decision time as possible. School boards would have completed most of their planning by now in a non-pandemic year.

Unlike this past school year, the Ontario government is no longer funding separate virtual schools for students who choose online learning. Instead, boards have to figure out how they will dedicate their resources to teaching kids online. This means school boards are tasked with figuring out how many teachers will be needed for remote learners and how those online classes will be formed.

“With a school board of any size, that would be a tremendously onerous and difficult challenge,” Ms. Abraham said.

Trisha Estabrooks, chair of the Edmonton School Board’s board of trustees, said staff changed the decision deadline three times as they waited for a provincial back-to-school plan. Families at the board had to decide by Thursday if their children would attend in-person or remotely.

“That really is the latest we can go,” she said. The late deadline, she added, means school staff will need to work late hours and weekends to get classes organized for September.

Ms. Estabrooks said she is glad the Edmonton School Board has implemented a mask mandate and that the province gave schools authority to implement strict measures, but she added that she wishes the provincial government hadn’t made doing so a matter of choice. “We were really hoping that the province would show leadership and put some of these same protocols in place,” she said.

Pam Puri, a stay-at-home mother in Edmonton, wants to send her 12-year-old son back to school. “I just cannot see myself keeping him home for another year,” she said. “It’s for his mental health. It’s starting a new chapter in his life, Grade 7.”

But she also has an eight-year-old immunocompromised daughter. As a result, she said, the return to the classroom will be a constant source of worry.

“With Delta being more dangerous than ever, even us that are double vaccinated can bring it home and give it to my daughter, so lots of sleepless nights,” she said.

Karyn Keith’s decision to send her 10-year-old daughter back to school in Brampton didn’t sit well with her. One evening this week, she told her husband she was having doubts. He felt the same way. They’ve decided that their child will remain home for another year.

When her school board asked her to decide on schooling in early August, the daily numbers of reported COVID-19 cases were relatively low.

She is bracing for difficulty getting the board to enroll her daughter in an online class. “I guess I’ll be starting my fight,” she said. “The reality is, things have changed.”