Current restrictions on sales to minors in Canada aren’t effective enough to reduce vaping among youth, according to a study published Monday, prompting researchers to call for a ban on flavoured e-cigarette products.

The study, based on data collected through surveys of young Canadians, shows that while sales bans help slow youth uptake of vaping, they don’t stop it altogether. This means more must be done to reverse the alarming increases in the number of young people who use e-cigarettes, said Hai Nguyen, lead author of the study and Canada Research Chair in Health Policy Evaluation and Health Care Sustainability at Memorial University in St. John’s.

Concerns over youth vaping have risen in recent months, in light of a growing outbreak of vaping-related lung disease in North America and data showing that youth rates of vaping have increased dramatically in Canada since 2017.

The new study, published Monday in the journal JAMA Pediatrics, analyzed national survey data collected from 2014 to 2017, before and after some provinces implemented bans on e-cigarette sales to minors. While teen vaping rates rose across the country during that time, the increase in youth uptake slowed considerably in provinces that had restricted sales to adults only.

According to the study, research shows that young people turn to e-cigarettes because of the appealing flavours. Many health experts and organizations say banning flavours could help reduce the number of young people who use vaping products.

Flavoured e-cigarette products have become a contentious issue in the debate around how to combat youth vaping. The Canadian Medical Association, Canadian Cancer Society and the Heart and Stroke Foundation say the federal government should immediately adopt a flavour ban, as well as restrict advertising and adopt other measures, to deal with what they describe as a growing crisis.

Andrew Pipe, chair of the Heart and Stroke Foundation and a professor of medicine at the University of Ottawa, said removing flavours from the market would be “fundamental” in protecting the health of young people.

“We have to now start to move forward in a much more thoughtful way,” Dr. Pipe said, adding that a flavour ban should be adopted with other regulatory measures.

But members of the e-cigarette industry oppose a flavour ban. Many say their target audience − existing adult smokers looking for a potentially less harmful alternative – like flavoured products and a ban would deter potential customers.

Charles Pisano, vice-president of the Canadian Vaping Association, said federal regulations already prohibit companies from promoting flavours that could appeal to children, such as dessert or candy flavours. He said an all-out blanket ban on flavoured vaping products could drive customers back to cigarettes, or send others to the black market. Permitted flavours include fruits, vanilla and mint.

“It would be detrimental to the efforts in reducing smoking rates across the country,” Mr. Pisano said.

He added that members of the e-cigarette industry comply with the current federal rules around vaping products.

Dr. Nguyen’s research showed that bans on sales to minors are not enough to stop young people from getting their hands on e-cigarettes. Provincial bans led many young people to turn to online sales or social sources, such as friends or older siblings, to get vaping products, Dr. Nguyen said.

That’s why he is calling for stronger measures to address the rising rates of youth vaping. The study notes that evidence shows many young people use e-cigarettes because of the appealing flavours. Getting rid of those flavours could help tackle this growing problem, Dr. Nguyen said.

“They have candy, they have all kinds of kid-friendly flavours,” he said.

E-cigarettes containing nicotine became legal in Canada in May, 2018, and set 18 as the minimum legal age of purchase. Before the federal legislation took effect, e-cigarettes with nicotine were unregulated and easy to access in many stores and online, which led some provinces to implement bans on sales to minors.

The e-cigarette industry says its aim is to target existing adult smokers to help them quit by offering a less-harmful alternative. But that could be accomplished without the use of kid-friendly flavours, Dr. Nguyen said. 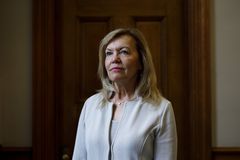 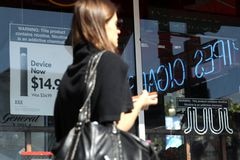