The forensic pathologist who examined the body of Barbara Kentner three days after she died says complications from blunt-force trauma to her abdomen caused the 34-year-old woman’s death.

“The most significant things I learned were she had had an injury six months before she died that required surgical repair and that she had a significant history of chronic liver disease and that she ultimately died in palliative care," Toby Rose, a former deputy chief forensic pathologist for the Ontario Forensic Pathology Service, testified via Zoom to the old Thunder Bay courthouse.

It was the second day of the manslaughter trial of Brayden Bushby, who has pleaded guilty to aggravated assault for throwing a metal trailer hitch from a car at Ms. Kentner as she walked down the street with her sister Melissa in January, 2017. Mr. Bushby has pleaded not guilty to manslaughter.

In what she called a complicated case, Dr. Rose said in her autopsy report dated July 7, 2017, that Ms. Kentner died of bronchopneumonia and acute chronic peritonitis. She found that both were consequences of a “traumatic rupture of small intestine” caused by blunt force injury to her abdomen.

Dr. Rose said she also included end-stage liver disease in her report because, while it was a significant contributing factor, it was not a direct cause of her death.

“Although she was a very sick woman and she would have died from her liver disease, she would not have died when she did had she not been injured,” Dr. Rose told the court.

Hospital and medical records from Ms. Kentner’s surgery and hospital admission were entered as evidence, and Dr. Rose explained the complications during her surgery -- fluid and debris found floating around her intestines that had to be cleaned out -- and afterward from the final stages of liver disease.

Dr. Rose also found acute bronchopneumonia in Ms. Kentner’s lungs. She said while there was an indication Ms. Kentner may have had pneumonia when she was in the hospital, it is often the cause of death for people in palliative care, and her autopsy report found her lungs were two to three times heavier than they should be because of the fluid.

The court heard Ms. Kentner returned to hospital on Feb. 11 of that year with stomach pain. She was discharged on March 24 with a diagnosis of end-stage liver disease and was recommended for palliative care. She was admitted to hospice care in Thunder Bay on June 27, 2017, and died on July 4.

In his opening statements on Monday, defence counsel George Joseph said there was no evidence to support the theory that the attack of the Indigenous woman was racially motivated. He said the case is about the legal causation, as opposed to medical, that led to Ms. Kentner’s death.

The defence will cross-examine Dr. Rose on Wednesday in what is expected to be a four-day trial. 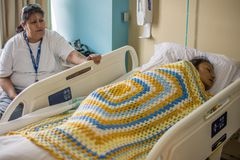 Bear Clan no more: Why a Thunder Bay safety patrol has turned away from its founding principles of co-operating with police
November 7, 2019 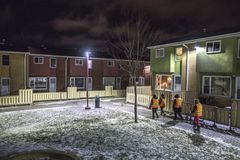