Jaimie McEvoy says he stumbled upon a hidden piece of British Columbia history by accident.

The New Westminster city councillor spotted a coyote during a walk and followed it over a fence in pursuit of a photo.

When he looked down through the tall grass, overgrown brambles and prickly bushes, he noticed rocks marked with prisoner numbers.

The B.C. Penitentiary Cemetery, where at least 47 prisoners were buried between 1913 and 1968, was at risk of being forgotten, Mr. McEvoy said.

Over the past two years, he has led a task force to restore the cemetery where federal inmates whose families didn’t claim their remains were buried.

It’s an important piece of B.C. history, he said, especially as a snapshot of a diverse segment of the population.

“British Columbia has a lot of historical sites that honour the colonial heritage and colonial officials. This is sort of an average people’s historic site and it’s a multicultural site, it reflects what British Columbia really looked like,” he said, adding there are inmates of Indigenous, Hawaiian, Chinese and African descent.

“In the lives of the prisoners, the crimes they were convicted of and how they were treated, it shows that whole social history of our province,” he said.

The federal prison operated in New Westminster from 1878 to 1980. The inmates buried there died in prison and were serving time for everything from murder to stealing $15 worth of socks.

A Chinese inmate named Gim Kim became the first documented inmate buried at the cemetery, and Alphonse Duquette, 18, was the youngest.

Joseph Smith and Herman Wilson died after a failed escape attempt in which a guard was killed. One was shot and the other was executed as punishment.

The most common causes of death were suicide and tuberculosis, Mr. McEvoy said.

Rob McCullough, manager of museums and heritage services, said one man died at 72 and was serving time for a habitual criminal career. He was convicted of 45 offences in 54 years.

But many remain a mystery.

“The majority of them, we know their names, we know their age at death and we know for some of them, a bit about the crimes they committed. The vast majority we don’t have details on what they were there for or their families to that end,” Mr. McCullough said.

Fellow inmates dug the graves, built the coffins and even made the nails that sealed them. They placed rocks at the burial mounds marked with the prisoners' numbers and nothing else, Mr. McEvoy said.

While 47 burial sites have been confirmed, others are believed to be unmarked and Mr. McCullough said there may be up to 61 dead buried there.

The city has spent $26,000 on the project, including $14,000 on geotechnical analysis to determine the size and scope of the graveyard and work with genealogists.

Mr. McEvoy said the land was passed to the municipality after the penitentiary closed in 1980, but has been inaccessible because of a development next door.

While the cemetery had been off the city’s radar for years, that wasn’t true for everyone. Mr. McEvoy said people have occasionally left flowers at the site. Beyond serving as a historical site, the city wanted to restore it as a spiritual space.

The cemetery is now open to the public, with a walkway, interpretative signage and conserved grave markers.

“I expect people from outside New Westminster who are interested in history and family members of people buried there [may come]. And I think a lot of the neighbourhood will show up, since there’s been a lot of curiosity and fascination about the site.” 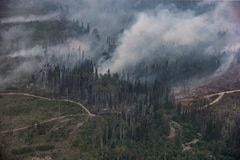 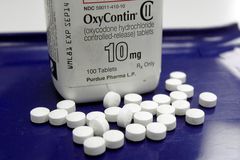 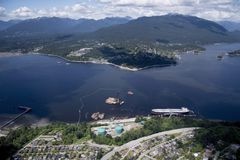