As part of a settlement agreement, the College of Dental Surgeons of B.C. has apologized to a Victoria dentist over how it handled her complaint into allegations of sexually inappropriate comments made to her by the college’s former registrar.

The college has also apologized for issuing a misleading response to an online review that Rachel Staples posted in 2017 about her complaint, acknowledging the response contradicted the findings of an investigator the college hired to look into it.

“Contrary to what the College suggested, the true fact is that the investigator the College engaged to review this matter found as fact that Mr. [Jerome] Marburg made the inappropriate comments to Dr. Staples,” says the apology, which is dated May 24, 2018 and signed by CDSBC president Don Anderson.

“The College also unreservedly apologizes to Dr. Staples for the way it handled her complaint.”

The Globe and Mail obtained the apology and related documents from Dr. Staples’ lawyer.

Along with an apology, the college has, at Dr. Staples’s request, donated $25,000 to the Canadian Breast Cancer Foundation and agreed to cover up to $20,000 in her legal costs related to the matter.

Mr. Marburg, who was appointed college registrar in 2012, resigned in April. He has consistently denied making any offensive comments.

The apology concerned events that took place in March, 2016 at a dental convention in Vancouver and were detailed in an investigation report to the college.

Dr. Staples alleged that Mr. Marburg looked at her and a colleague and said, “Don’t look at me like that.” When she responded, “Like what?,” he answered, “Like you two want to have sex with me.” Mr. Marburg has always denied this.

In her report, obtained by The Globe and Mail, Ms. Lyall said, “Although Mr. Marburg is believable when he denies the allegation that he made the statements alleged, the weight of the evidence supports Dr. Staples’ view.” The report concluded that, “the investigator finds that Mr. Marburg said to [Dr. Staples and her colleague] what he is alleged to have said.”

Late last year, Dr. Staples posted an online review, criticizing the college for how it handled her complaint and including the #MeToo and #TimesUp hashtags.

That prompted the college to initiate a second investigation, conducted by Vancouver lawyer Peter Gall. Mr. Gall concluded the college handled the matter “very poorly” and had accepted Mr. Marburg’s denial – backed up by a polygraph − over its investigator’s findings.

Mr. Gall viewed that as a mistake.

In his review, Mr. Gall said Mr. Marburg’s polygraph was not a “compelling reason” for the college to reject Ms. Lyall’s finding and noted that polygraphs are not admissable in legal proceedings because there are serious questions about their reliability.

Overall, Mr. Gall’s agreed with Dr. Staples that the college board had “attempted to sweep this serious matter under the rug.”

The Gall report was not publicly released but The Globe reviewed its contents. At the time, the college maintained the report was privileged and that The Globe shouldn’t write about it.

When asked this month for comment about the college’s apology to Dr. Staples, a lawyer representing Mr. Marburg said that was a matter between the board and Dr. Staples. Lawyer Shafik Bhalloo said in an e-mail to The Globe that Mr. Marburg has consistently denied making the comments in question.

At the college’s annual general meeting earlier this month, Mr. Gall emphasized that Mr. Marburg had not been terminated with cause. The terms of his settlement have not been disclosed.

“The issue is now settled to the satisfaction of both parties in a fair and reasonable manner,” college spokeswoman Anita Wilks said in an e-mail.

“Under the terms of the settlement agreement, and in keeping with privacy legislation, the College is unable to release any additional information.”

The college has not posted its apology online or announced it to members. It will not be publishing anything further with respect to the resolution of Dr. Staples’s complaint, Ms. Wilks said.

The apology comes as the college is under review by a government-appointed investigator, Harry Cayton. B.C. Health Minister Adrian Dix announced the review on March 8, the same day he named five new public board members to the college board, which under provincial regulations must include at least a third and up to a half public board members.

Mr. Cayton is scheduled to submit his report by Dec. 1. 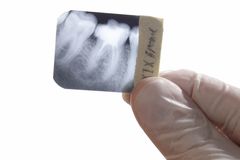