British Columbia’s physician regulator has cleared a doctor of any wrongdoing for providing medical aid in dying to a woman who did not qualify for the procedure until she starved herself to the brink of death.

A committee of the College of Physicians and Surgeons of British Columbia (CPSBC) found that Ellen Wiebe did not break the regulator’s rules when she helped a 56-year-old patient known as Ms. S to die last year.

The case is the first to be made public in which a medical regulator has ruled on the contentious question of whether doctors should grant assisted deaths to patients who only satisfy all the criteria of the federal law after they stop eating and drinking.

“It was determined that Ms. S met the requisite criteria and was indeed eligible for medical assistance in dying, despite the fact that her refusal of medical treatment, food, and water, undoubtedly hastened her death and contributed to its ‘reasonable foreseeability,’” the college’s inquiry committee wrote in a Feb. 13 report.

The report notes that all competent patients, including those seeking an assisted death, have a “right of refusal,” that includes declining treatment, food and water.

Dr. Wiebe, one of Canada’s most prominent assisted-death providers, first assessed Ms. S in June, 2016, the same month the federal government passed a law making medical aid in dying legal across the country.

Despite Ms. S’s suffering and her desire to die, Dr. Wiebe and other doctors concluded her natural death was not on the horizon, a conclusion they reached in part because she was only 56.

“It was dreadful. She was suffering so much, so continuously and it was so hard to say to her, ‘no,’” Dr. Wiebe said in an interview on Friday.

She and Ms. S corresponded again in December, 2016, and January, 2017, but Dr. Wiebe says she still felt Ms. S’s life expectancy was too long to make her eligible for an assisted death.

Ms. S decided to starve herself to death at home, with the support of palliative-care nursing.

Despite ingesting just enough water to swallow her pills and keep her mouth moist for 14 days, Ms. S did not die. On March 2, 2017, her husband called Dr. Wiebe.

“Her husband was just devastated at how much suffering she went through during those 14 days and she was still alive,” Dr. Wiebe said. “I knew at that point by looking at her that she was heading into organ failure and death.”

Dr. Wiebe and a second physician concluded that Ms. S.’s severe malnutrition and dehydration made her natural death reasonably foreseeable.

The case of Ms. S came to the attention of the CPSBC after the BC Coroners Service, which at the time reviewed all assisted-dying cases in the province, flagged it for a second look.

Dr. Jatinder Baidwan, chief medical officer with the BC Coroners Service, wrote to the college last year asking for a review, given that Ms. S’s “decision to decline treatment arguably contributed to the serious nature of her disease and her act of voluntarily stopping eating and drinking precipitated her advanced state of decline.”

Andy Watson, a spokesman for the BC Coroners Service, said passing a case such as this to the relevant regulator or agency is part of routine and normal practice of the coroner’s office.

The CPSBC declined to comment on the case. Reports of the college’s inquiry committee are not usually made public, unless a complaint leads to formal discipline for the physician.

In this case, Dr. Wiebe forwarded the committee’s report to Jocelyn Downie, a professor in the faculties of law and medicine at Dalhousie University, who posted the document online and wrote an essay about its significance for the website Policy Options.

“[The decision] gives additional guidance to providers about the meaning of a key provision of the legislation,” Ms. Downie said. “It demonstrates, also, the confusion that is still out there.”

Opinion
There is more than one way to die with dignity
March 23, 2018 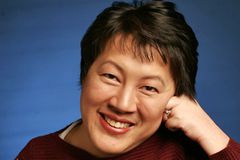