A B.C. judge raised questions on Thursday about the allegation at the heart of the U.S. case against a Chinese business executive facing extradition from Canada.

The United States alleges Meng Wanzhou, chief financial officer of Huawei Technologies Co. Ltd., committed fraud by lying in a PowerPoint presentation in 2013 to her Hong Kong bankers about the company’s relationship with Skycom Tech Co. Ltd. The purpose, the U.S. says, was to evade its sanctions against Iran.

But Ms. Meng’s legal team says the U.S. Justice Department is attempting to mislead Canada. It obtained evidence that Ms. Meng told HSBC during the PowerPoint presentation that Skycom was “controllable,” and that Huawei could therefore ensure it would comply with U.S. sanctions.

Ms. Meng’s arrest on Dec. 1, 2018, led to a rupture in Canada-China relations. China detained two Canadians, Michael Spavor and Michael Kovrig, soon after Ms. Meng’s arrest, and has held them for 970 days. Ms. Meng is free on bail in Vancouver.

Ms. Meng’s statement to the bank, which U.S. officials have accepted that she made, was: “Huawei’[s] engagement with Skycom is normal and controllable business co-operation, and this will not change in the future.”

The U.S. summary – which in Canadian law is presumed to be reliable – is missing a key word: “Huawei’s engagement with Skycom is normal business co-operation.” The word “controllable” does not appear.

“I’m sorry,” Associate Chief Justice Heather Holmes of the B.C. Supreme Court told Monika Rahman, a lawyer for the Canadian Attorney-General’s department, “but time and again I think I’ve been told that the requesting state’s position is that Ms. Meng falsely represented that Huawei did not control Skycom.” The Attorney-General is acting on behalf of the United States.

Ms. Rahman replied that the U.S. position is that “Huawei did wholly control and own Skycom,” but that the presentation did not portray the relationship honestly.

“I have to stop you,” Associate Chief Justice Holmes said. “That is a slightly different outline of the requesting state’s theory than the one I’ve understood to date.”

Ms. Rahman answered that Huawei and Skycom were intertwined in their ownership structure and operations, and that Huawei had said in its presentation that it works with its partners on export control and would immediately terminate its co-operation with a partner found to be working with blacklisted companies.

“What’s the significance of that?” Associate Chief Justice Holmes asked.

It “suggests a distinction being made between the company itself and other companies, third parties,” Ms. Rahman said, and it conveyed a message that “Skycom was not Huawei.”

But Associate Chief Justice Holmes was still not satisfied.

“What’s the significance of the distinction between a business partner and a de facto subsidiary if both are doing business in Iran?” She said Ms. Meng, in her PowerPoint presentation, “seems to have been open about saying both Huawei and Skycom are doing business in Iran.” (In a second omission from the U.S. summary, a slide said: “As a business partner of Huawei, Skycom works with Huawei in sales and services in Iran.”)

Ms. Rahman said the key was the risk to HSBC of violating the sanctions. She reiterated that the two companies were essentially one, and that “the word ‘control’ can mean a lot of things.” In any event, she said, there was no attempt to mislead, and no ulterior motive in leaving out “controllable.”

Ms. Meng’s lawyers argued earlier this week that the U.S. abused the Canadian judicial process by distorting the evidence against Ms. Meng. It wants the case thrown out for abuse of process. (Previously, it has alleged that the prosecution is political in nature and Canadian border officials violated Ms. Meng’s rights.)

Ms. Rahman told the court there was no attempt to mislead and no ulterior motive. She said she agrees with Ms. Meng’s lawyers “at the level of high principle” that the United States has a duty to be candid with Canada, but that a great deal of evidence is needed to demonstrate dishonesty.

Even so, the distinction that raised questions for the judge – between “control” and being one and the same – may return next week, when the Attorney-General’s department will attempt to show there is enough evidence to commit Ms. Meng to trial. The judge ruled last month that the evidence may be used to question the reliability of the U.S. case against Ms. Meng.

The judge will rule on abuse of process and on the evidence at the same time, but that is likely months away. 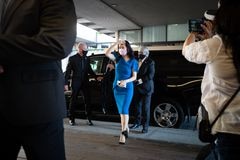 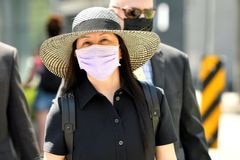