Lawsuits have been filed on behalf of two youth in British Columbia Supreme Court alleging a provincial social worker siphoned off thousands of dollars in financial benefits from children in care.

Both actions name social worker Robert Riley Saunders, the Ministry of Children and Family Development and Interior Savings Financial Services Ltd., alleging Indigenous children were removed from a stable environment to an unstable living arrangement so that their benefits could be stolen from them.

The lawsuit filed on Tuesday in Vancouver is a proposed class-action, alleging there were other children in care whom Mr. Saunders misappropriated funds or benefits, or failed to provide adequate support and care of guardianship. The second lawsuit was filed in Kelowna on behalf of a youth who The Canadian Press is not naming.

None of the allegations have been proven in court and no statements of defence have been filed.

Mr. Saunders couldn’t be reached for comment, while the Children’s Ministry said in a statement it had no comment as the matter was before the court.

Corinne Johnson, manager of community engagement at Interior Savings, says in a statement that the institution takes its fiduciary responsibilities seriously.

“Because of privacy rules, we cannot speak to the specifics of any case. We are aware of this ongoing investigation and we are continuing to co-operate with authorities.”

“Many of them were made homeless and destitute,” Mr. Gratl says in an interview.

The lawsuits say Mr. Saunders “engaged in the same and similar unlawful and inexcusable activities in respect of dozens of other children in his care, most of whom are Aboriginal children.”

Mr. Gratl alleges that as much as $40,000 each was taken from children between the ages of 15 and 19, and that the fraud had been going on for a minimum of four years.

“I don’t know what year it began in,” he says in the interview. “We just don’t know how deep this problem goes.”

The statements of claim allege that in early 2016, Mr. Saunders moved the children in order to make them eligible for financial benefits from the ministry and opened joint bank accounts for each youth.

“Saunders stole the funds deposited by the ministry into joint bank accounts by moving them to his own individual account at Interior Savings and by paying his personal expenses by electronic transfer from the joint bank account,” the statements say.

They allege Mr. Saunders was aware of the youths’ vulnerability and aware that he exercised parental control over them.

“Saunders failed to ensure the plaintiff received adequate care and support, and failed to provide for the plaintiff’s basic needs,” the statements say.

The lawsuits say that Mr. Saunders exercised complete control over every aspect of the plaintiffs’ lives, including where they would live, access to family members, their cultural heritage, services and financial help.

The director of child welfare did not review Mr. Saunders’ files to check if he was carrying out his duties appropriately, the statements say.

“The director failed to implement adequate systems, restraints and controls to detect and prevent Saunders’ misappropriation of funds and benefits,” say the statements of claim.

The ministry didn’t have the systems to detect and prevent Mr. Saunders from taking the funds, and once the misconduct was detected, the government failed to move quickly to restrain the man, the lawsuits say.

Interior Savings helped Mr. Saunders by having the children sign forms opening joint accounts but didn’t tell them that the accounts were with Mr. Saunders, the statements of claim allege.

The lawsuits don’t specify a dollar figure, but ask for aggravated and punitive damages, the tracing of all funds taken and costs.

In order for the lawsuit in Vancouver to go ahead as a class-action proceeding, it must first be certified by a judge. 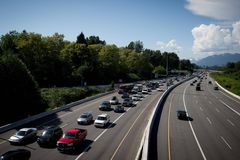 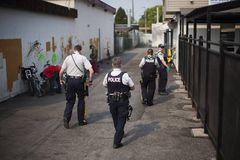