When Hank Wong volunteered to fight for his country in the Second World War he was initially turned down because of his race. Later, when recruited for a clandestine mission behind enemy lines so fraught with danger that it bore the blunt name Operation Oblivion, he signed on without hesitating. Indeed, the peril was such that Mr. Wong was offered a cyanide pill to be secreted in his teeth for quick swallowing in case of capture. He declined. “I figured if they caught you, you were dead, anyway.”

Yet for decades, Canadians knew almost nothing of Operation Oblivion, nor the valour of Mr. Wong and the 12 other hand-picked Chinese Canadians who took part. One of the Second World War’s most compelling stories, given the racism inflicted on Chinese Canadians at the time, it was shrouded by more than 25 years of official secrecy and a complete absence from written military records.

“You didn’t have a name. Only a number,” Mr. Wong recalled. “If you were captured, [the military] wouldn’t know you.” When Japan abruptly surrendered after the dropping of atomic bombs on Hiroshima and Nagasaki, those still waiting to see action, including Mr. Wong, found themselves forgotten and stranded in Australia. In an ignoble end to their heroism, they had to work their way back to Vancouver on a freighter.

The historic significance of Operation Oblivion, however, was not so easily erased. “The experiment showed that a ragtag group of 13 young men from a marginalized community could indeed play a unique role in the war,” said Catherine Clement, curator of the Chinese Canadian Military Museum in Vancouver, which, along with a recent documentary film narrated by Colm Feore, helped bring their activities to light with a special exhibit in 2015.

“Hank’s success as a soldier opened the doors to other Chinese Canadians, who had been forced to the sidelines, giving them a chance to serve and show their loyalty to Canada.” Just two years after the war concluded, their example was a major factor in finally granting all Chinese Canadians the right to vote, more than 80 years after the first ethnic Chinese arrived in Canada. (Chinese Canadians in B.C. were barred from voting provincially and federally until that point.)

“It meant an awful lot to him," Rick Wong said of his father’s wartime accomplishments. "Coming from a small community, working in a restaurant, with limited horizons, then you see the world and you get all these experiences and stories.”

Mr. Wong, the last surviving member of Operation Oblivion, died Oct. 10, less than a month shy of his 100th birthday. He always played down the dangers and risk of death the mission entailed. “I’d ask him if he ever thought about that,” his son, Rick said, “and he’d always reply: ‘Nope, you just do what you got to do.’” But the experience never left him. He kept a box of detonators in the basement, a defused hand grenade and paratrooper switchblade in his desk drawer, and, not that long ago, astonished his daughter Sandi with a precise explanation of how to take out electrical transmission towers, as they passed a string of them in the Ontario countryside.

After the war, Mr. Wong’s sense of right and wrong led him into the union movement and a long association with the United Steelworkers. “He never shied away from his working-class roots,” Rick said. “That was evident even in Operation Oblivion. Others would want to play tennis [in their spare time]. My dad would want to box.”

Henry Albert (Hank) Wong was born Nov. 3, 1919, in London, Ont. His parents, Tom Wong and the former Chin Yee Fong, had emigrated from an impoverished village in China’s Guangdong province to join Tom’s brother Lem, who had just started a restaurant. Far from the basic Chinese eateries ubiquitous across the country, Wong’s Café became an institution in London, featuring high-end dining, with its own embossed tableware and live music. A young Guy Lombardo and his famous band were regulars there in the early 1920s.

Mr. Wong’s mother died from the Spanish flu when he was only a few months old. Unable to cope with three young children, his father placed him in a local orphanage, where he stayed until he was old enough to work at Wong’s Café and live upstairs. With so few Chinese Canadians in London, Mr. Wong had faced little of the overt racism experienced by thousands of Chinese Canadians in British Columbia, at least until the war began and he and some chums went to sign up for the navy.

“They got in. I didn’t,” Mr. Wong recounted for an interviewer. “The guy said, ‘You must be of the white race.’”

He didn’t let the rejection bother him. “I figured it was their problem, not my problem,“ he said. So he joined the army. Mr. Wong wound up in the home guard and became a weapons instructor, crossing the country to help protect sensitive sites from Halifax to the B.C. coast.

His surreal recruitment into Operation Oblivion might have come from the pages of a John le Carré spy novel, featuring seemingly ordinary individuals enlisted by intelligence agents to perform extraordinarily dangerous deeds.

In the spring of 1944, Mr. Wong was back in Southwestern Ontario, on compassionate leave from the military to help his sister, suddenly widowed with four young children, to run their small family café in Palmerston. One evening, a stranger walked in and ordered fish and chips. When the restaurant closed, he was still there. The mysterious customer beckoned Mr. Wong over, and told him a special group of Chinese-Canadian operatives was being formed to sabotage Japanese operations in occupied China and Hong Kong. Would he be interested? Certainly, Mr. Wong replied, without hesitation. The café visitor turned out to be a British agent from Britain’s newly-formed Special Operations Executive, wartime forerunner to M16. His military leave was over.

Mr. Wong soon found himself at a secret training base, accessible only by boat, on the eastern shores of B.C.’s Lake Okanagan. The ranks of his 12 fellow volunteers included his cousin Norman and Doug Jung, who would become the first Chinese Canadian elected to the House of Commons, in 1957. They had all spent time in the military, but Operation Oblivion was different. Their objective was to parachute into Japanese-occupied China, contact resistance fighters, train them and commit acts of sabotage themselves, blowing up ships, rail lines and communications networks.

The idea of forming an elite, clandestine force of Chinese Canadians was hatched by Mike Kendall, a Vancouver-born engineer who had lived in Hong Kong since childhood. An early undercover agent with the SOE, he escaped when Hong Kong fell to the Japanese and had success organizing covert actions from secret bases in China before turning his attention to Canada.

The Chinese-Canadian recruits’ training was rigorous and intense. They learned jungle survival skills, how to stalk and kill silently and how to plant explosives. Mr. Wong’s weapons knowledge earned him the nickname Trigger. The secluded bay area where they trained, unbeknownst to nearby residents, is now a historic site known as Commando Bay. After four months, they were ready, shipping out on an American troop carrier for their final parachute training in Australia.

Then, almost at the last minute, Operation Oblivion’s primary mission was cancelled. The U.S. general in charge of all Allied operations in China didn’t relish Chinese-Canadian commandos working with Communist guerrillas, who were in the forefront of anti-Japanese resistance. With the abrupt end of the war, except for a handful of the mission’s radio operators who spent time in the jungles of Borneo, members of Operation Oblivion never got another chance to display their bravery and special skills.

Not all of Mr. Wong’s time in Australia was taken up by training. He also met Myrtle O’Hoy. Much to the disappointment of her well-off family, the two fell in love. They were initially brought together, according to family lore, by Mr. Wong’s fondness for Ms. O’Hoy’s whipped cream. The couple married in Melbourne shortly after the war. With the Chinese Exclusion Act not yet repealed, she required a Privy Council order to reunite with her husband in the summer of 1946.

Mr. Wong went to work at General Steel Wares in London as a lab technician. When he learned that women in the company’s front office were paid inferior wages and fired if they became pregnant, he organized them into Local 4488 of the United Steelworkers. It was one of the first such locals in the country. From 1972 to 1983, he was a full-time auditor for the union, helping locals across Canada keep their books in order. Sudbury native Leo Gerard, who just stepped down after 18 years as international president of the Steelworkers, got to know Mr. Wong well during Mr. Gerard’s stint as a staff rep. “Coming out of the war, he felt a real sense of injustice for the Chinese community, and I think that played into his desire to organize workers,” he said. Mr. Gerard had sent Mr. Wong a special invitation to his retirement gala in Toronto. “We wanted him there to also help celebrate his 100th birthday, but he didn’t quite make it.” 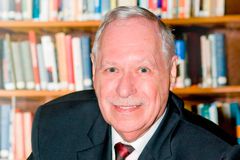 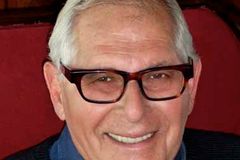 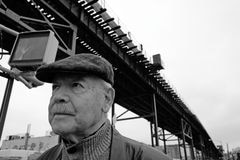