The British Columbia government is offering nurses and other health care professionals incentives such as child care and support for housing and travel as part of a recruitment drive in the northern region.

Health Minister Adrian Dix said the aim is to get more health care workers to move to the North and stay there as many parts of the country experience a shortage of nurses in particular.

“We want people to have decades-long careers in the North and not leave after two or three years and then have to be replaced,” he said this week.

He did not provide a timeline for when some of the programs would be launched, such as one involving $750,000 to develop housing including in Kitimat, Hazelton, Prince Rupert and Dawson Creek.

Mr. Dix said work force challenges have been exacerbated in the northern health region as it deals with the highest number of COVID-19 cases per capita in the province, but recruitment has traditionally been more difficult there.

He said the province’s first priority is to ensure all health care workers get vaccinated against COVID-19 as part of a mandatory requirement starting Oct. 26 in order to prevent outbreaks in health care facilities that would then have more staffing shortages.

Mr. Dix said the government will be working with the union as well as the provincial association of doctors and groups representing other health care workers as part of its effort to increase vaccination rates.

“We’re asking all health care workers to be vaccinated. That is not without challenges. And we do not take that decision lightly,” he said. “There may be people who choose not to be vaccinated and won’t be able to be available for work. But that said, I don’t think we can have a situation, given the seriousness of COVID-19, where people are working without vaccination.”

The BC Nurses’ Union does not support vaccination as a condition of employment, saying that may push some of its members to leave the profession.

Danette Thomsen, the union’s spokeswoman for the northern-interior and the northeast region, said rapid testing may be a better option because of the critical nursing shortage.

“Nurses are exhausted. They’re burnt out. I have a nurse in Fort St. John who has just finished 42 consecutive shifts,” Ms. Thomsen said.

She said child-care support in particular is a good incentive for rural nurses working 12-hour shifts, but that program and others Mr. Dix announced may take time to be implemented.

“This is a great start, but I would like the minister to come to the table, sit down with the nurses union and talk about all the needs across the north.”

The province also provided $825,000 in funding for a round-the-clock virtual support program it launched in April, 2020, for doctors and other health care professionals in rural communities.

Dr. John Pawlovich, who leads virtual health for the Rural Coordination Centre of B.C., a network of rural health care providers, said the 24-7 virtual support program is a positive step in supporting those who work in challenging, isolated communities and feel professionally distant from their colleagues.

“The resources that we are going to need to be invested to accomplish these ends are going to be considerable,” said Dr. Pawlovich, who is the medical director for Carriere Sekani Family Services in north-central B.C.

“It’s harder and harder to gain the support of health professionals for rural communities from just a lack of resources. People are fatigued.” 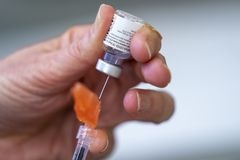 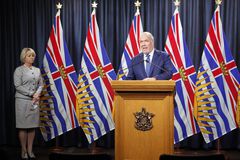 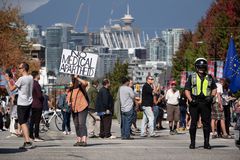