British Columbia has identified Canada’s first-known case of community transmission of the novel coronavirus, marking a pivotal moment in the country’s battle against the outbreak.

Provincial Health Officer Bonnie Henry announced the case on Thursday along with seven other new B.C. cases. She said the patient, a woman in her 50s, has not recently travelled and has no known contacts with any other known cases of COVID-19. She was diagnosed while being screened for influenza at a public-health laboratory.

Public health experts have in recent weeks been expecting and preparing for the local spread of the disease in Canada.

“This is a community case,” Dr. Henry said. “We are doing a detailed investigation right now to try and determine where her source of infection was."

Community spread is significant because it means the virus could be spreading untraced since there is no clear link to the source of the disease. British Columbia, and some hospitals in Ontario, recently added COVID-19 testing to existing influenza surveillance networks, meaning that a broad range of people with flu-like symptoms are being tested for the virus regardless of travel history.

Stephen Hoption Cann, a clinical professor and epidemiologist in the School of Population and Public Health at the University of British Columbia, said finding a case of community spread is significant, although not surprising.

“It shows that despite our best efforts, somebody came in with it and passed it on and didn’t get picked up,” Dr. Hoption Cann said. “I think it was kind of bound to happen because we’ve seen it in so many regions.”

The B.C. case means public-health officials are facing a new challenge in tracking and trying to contain the new virus.

“We’re at an important stage now in how we want to deal with this,” Dr. Hoption Cann said. “Do we want to change how we’ve been advising people? … When it’s spread within the community, you can’t really say, ‘I’m concerned because [a patient] came from a particular region.’ ”

Dr. Henry said the investigation will involve looking at the woman’s movements beginning several days before she became ill.

“We’ll look at things like community events, where she went – is she at work? Are there people at work who are sick? Is this a person who has other family contacts who might have travelled?” she said. “It’s quite detailed and takes a bit of time, which is why we don’t yet have the answers, given that she just came up positive late last night.”

Another B.C. case of note announced Thursday involves a woman in her 50s from Seattle who tested positive for COVID-19 while being assessed for respiratory illness during a trip to visit family in B.C.’s Fraser Health region.

“Clearly that is of concern to us,” Dr. Henry said. “We are working with our neighbours to the south in Washington State to try and determine where her exposure might have been.”

Four of the eight new cases are close contacts of a man in his 60s who lives in the Vancouver Coastal Health region. His case was announced on Tuesday.

The remaining two are a woman in her 50s and a man in his 60s who recently travelled to Iran and live in the same household.

Also Thursday, Ontario announced four new cases, Alberta announced one and Quebec added one. Two of those cases – a man in his 60s from Mississauga and a woman in her 50s from the Calgary region, were passengers aboard the Grand Princess cruise ship that left San Francisco in early February.

The ship is currently being held off the coast of California for testing after two people who had been passengers on the ship tested positive for COVID-19, including an elderly man with underlying health conditions who died this week.

Deena Hinshaw, Alberta’s chief medical officer of health, said the woman from that province returned home on Feb. 21 and began self-isolation at home on Feb. 28. She is expected to make a full recovery.

“Despite this case, the risk of catching the virus is still quite low in our province,” she said. “We have been preparing for this since the virus first emerged.”

There are now at least 48 confirmed cases of COVID-19 in Canada and the situation is rapidly evolving. Globally, there are more than 95,300 confirmed cases and 3,200 deaths. 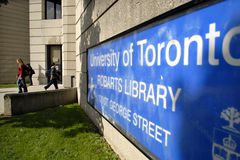 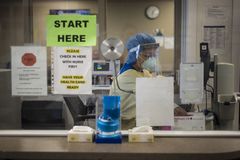 Follow Andrea Woo and Kelly Grant on Twitter @andreawoo @kellygrant1
Report an error Editorial code of conduct
Due to technical reasons, we have temporarily removed commenting from our articles. We hope to have this fixed soon. Thank you for your patience. If you are looking to give feedback on our new site, please send it along to feedback@globeandmail.com. If you want to write a letter to the editor, please forward to letters@globeandmail.com.
Comments