Doctors at an addiction-management clinic in Vancouver have been asking patients a new question when they come in to refill their methadone prescriptions: Do they want to get tested for hepatitis C?

They perform a quick finger-prick test for those who say yes during their regular visit to Vancouver’s Royal Oak Clinic – part of a pilot project that’s bringing hepatitis C testing and treatment to people who have a history of injecting drugs.

Medications that can cure hepatitis C with very few side effects are publicly covered in most provinces and territories. But health-care providers say the next step is getting people tested and treated. A quarter of a million Canadians are living with hepatitis C, a virus that causes liver scarring, cancer and failure if left untreated. Hepatitis C can lurk undetected for years without noticeable symptoms, so many people don’t know they have it.

“Now that we’ve got the tools … we’re not doing enough to actually find and help the people who have the condition,” said Edward Tam, a liver specialist involved in the project.

The program, which is funded in part by a grant from drug-maker Gilead Sciences, is one of several targeted outreach efforts across the country to bring treatment to people who have a higher risk of contracting hepatitis C.

Fewer than 1 per cent of Canada’s population has the virus, but it’s disproportionately common in certain groups. Those include baby boomers, immigrants from countries where the virus is prevalent, men who have sex with men, people who have been to prison and those who inject illicit drugs.

According to the Canadian Network for Hepatitis C’s (CanHepC) 2019 blueprint for elimination, two-thirds of people who inject drugs in the country have hepatitis C or have had it in the past. That’s largely due to sharing used needles because the virus is transmitted by blood.

To get hepatitis C treatment, people would typically start by going to their family doctor or waiting at a walk-in clinic. Then, they’d need to ask for hepatitis C testing, get referred to a liver specialist and make an appointment. Patients, particularly the people who the Royal Oak project is targeting, could fail to follow through at every step, Dr. Tam said.

“If we just keep doing the same old, we’re not going to reach the goal of elimination,” he added. “Why not take care of two medical issues in the same place, rather than create work?”

CanHepC has said more “micro-elimination” projects such as the one at the Royal Oak are needed if Canada is to meet its World Health Organization goal to eliminate hepatitis C by 2030. British Columbia has doubled the number of people tested in the province since 2011, according to the BC Centre for Disease Control. Last year, 270,000 people were tested.

Microelimination projects hope to achieve a “quick win” by quashing infections in a small group of people through intensive diagnosis and treatment, according to Mel Krajden, medical director of the BCCDC.

Each group poses its own challenges for delivering treatment. People who inject drugs may not have a good relationship with a medical professional, whereas immigrants could experience language barriers.

Hepatitis C disproportionately affects historically marginalized groups of people, who already face barriers to getting good health care, said Kate Salters, a research scientist with the B.C. Centre for Excellence in HIV/AIDS who isn’t involved in the Vancouver pilot program.

“While it’s a biological condition,” she said, “it also has real social implications as well.”

She said it’s important to make it easier for people to get hepatitis C treatment, instead of making them jump through hoops.

There are many microelimination projects going on around the country, including in Halifax, Toronto and Sudbury. Some are funded by public-health agencies and others by drug companies.

Gilead, which has funded 11 such projects this year, makes direct-acting antiviral drugs to fight hepatitis C. The more people who are screened and prescribed Gilead’s medications, the more money the company makes. Hepatitis C drug sales brought in $3.7-billion for Gilead in 2018. Doctors involved in the Royal Oak project, though, made it clear they prescribe the drug they think best suits the patients’ needs – which isn’t always a Gilead one.

Some projects are happening at other methadone clinics, while others target people coming out of prison. There are also initiatives where public-health workers meet with adults in English language schools to talk about hepatitis C and test them on-site after class.

Given that hepatitis C is now curable at no cost to most patients, health experts point to stigma as part of the reason there are still so many people living with it. They hope further outreach can encourage people to get treated.

“I think a lot of the time, people don't realize the reason they feel so crappy is not just because of the drugs. It's because they actually do have hep C,” said Laura Shaver, a board member with the Vancouver Area Network of Drug Users.

Patients in the Royal Oak program who test positive begin receiving weekly home deliveries of hepatitis C drugs shortly after. In nearly all cases, people are cured in eight to 12 weeks. 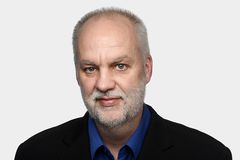 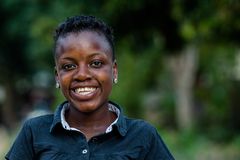 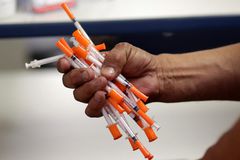